10 Seconds: Comical self portraits of Polly Penrose taken on a 10 second self-timer 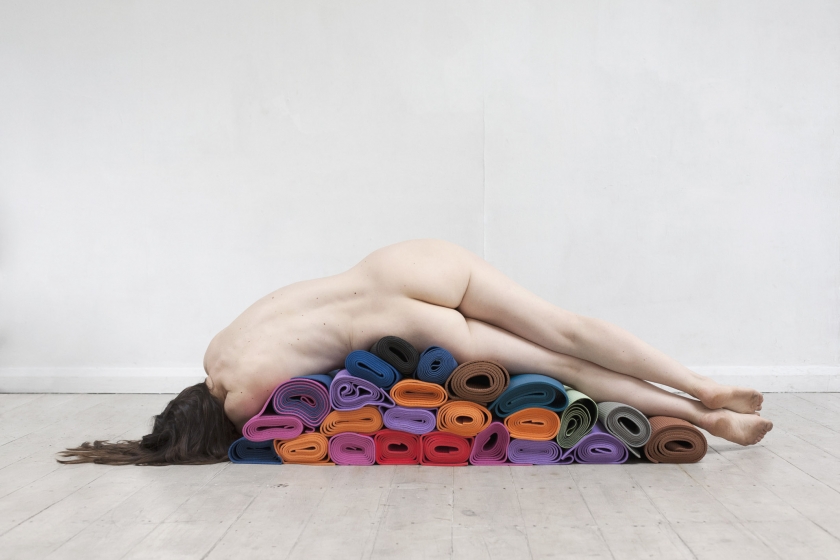 Contemporary photographer Polly Penrose is launching her new series of self portraits at East London’s Hoxton Gallery next month. Entitled 10 Seconds, the collection unveils comical shots of herself taken on a 10 second self-timer.

Rising star, female artist and mother of two, Polly studied Graphic Design and went on to work for acclaimed photographer Tim Walker before dedicating her time to her own artistic practice. She exhibited her first solo show A Body of Work at the Downstairs at Mother Gallery in 2014.

For her second exhibition, at Hoxton Gallery – from 6th until 8th May – she will showcase four new collections – all taken on a 10 second self timer and shot between 2014 and 2016: Pool Party, shot in Ibiza; I Was Never Good at Yoga, shot using meditation and yoga equipment as prosthetic extensions of the artist’s body and Paperwork, where Polly’s body takes on the challenge of using colourama paper to become ‘something else’. These will be accompanied by the ongoing project A Body of Work 2014-16, shown in the second room.

Polly began taking photographs when she was a teen. She would aim the camera towards herself investigating her emotions, body and identity. Her first self portrait was taken on a day she was upset with her father. She wrapped a rope around her body, shot a photo and sent it to him to communicate her feelings.

The exhibition showcases an ongoing dialogue developed over the course of the years, from the artist “hammering her body into the landscape one picture at a time”, as she says, to getting centre stage, moulding herself into her own muse – a transition from a more intense, passionate attempt to a lighter, more meditative and ironic viewpoint. All framed by the passage of time and changing scenarios. 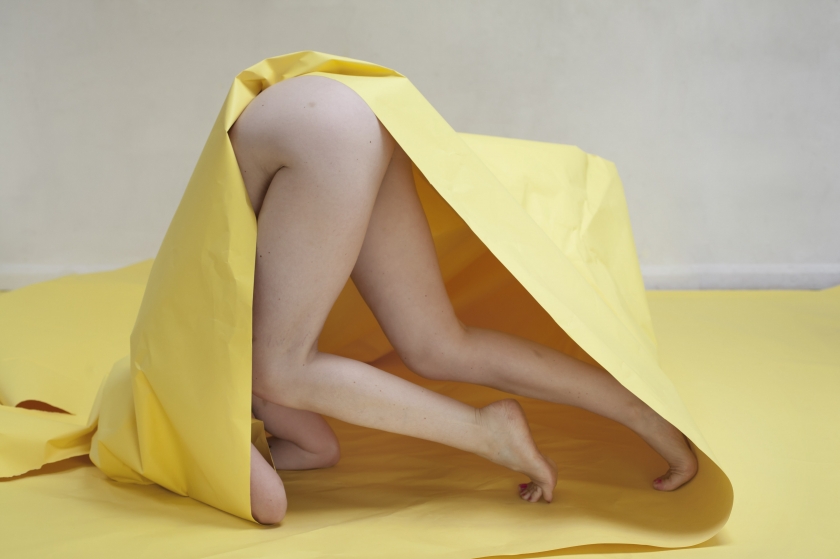 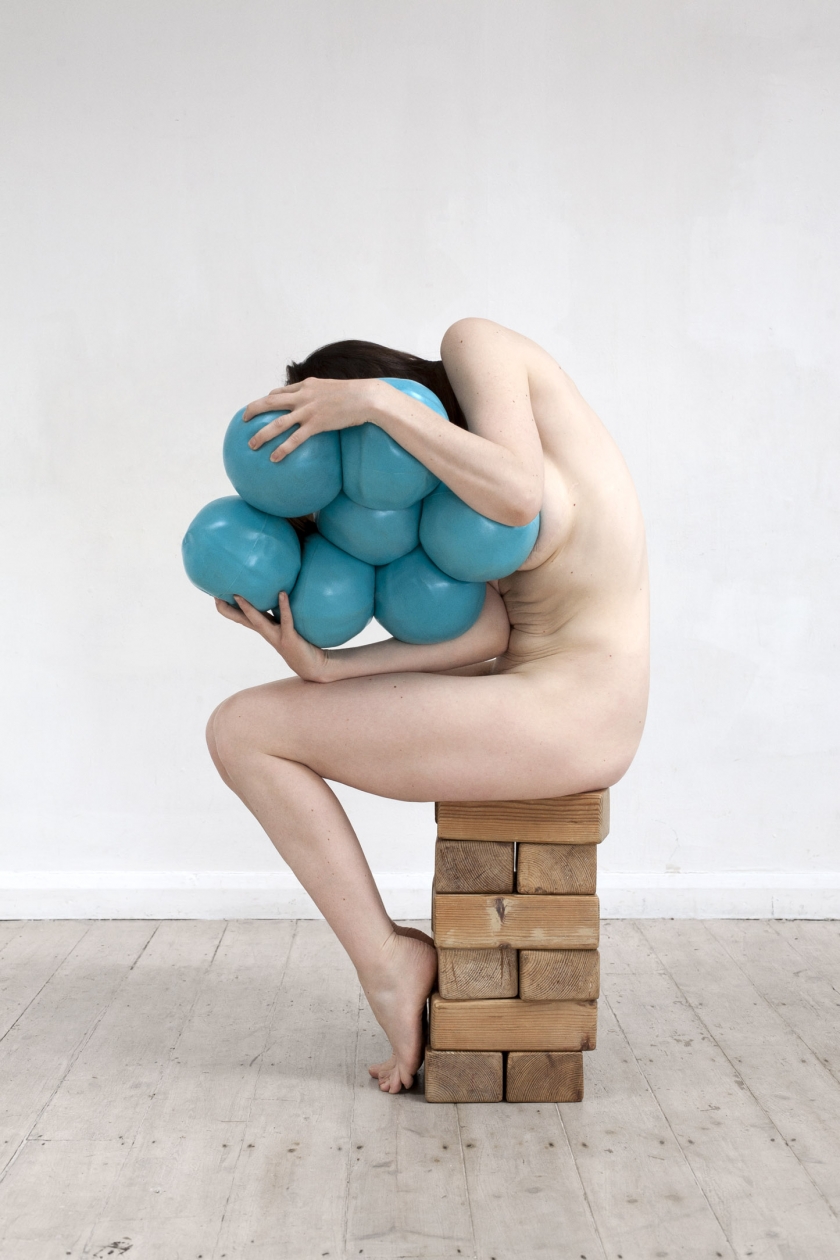 I Was Never Good at Yoga, Exercise Balls, May 2015, © Polly Penrose 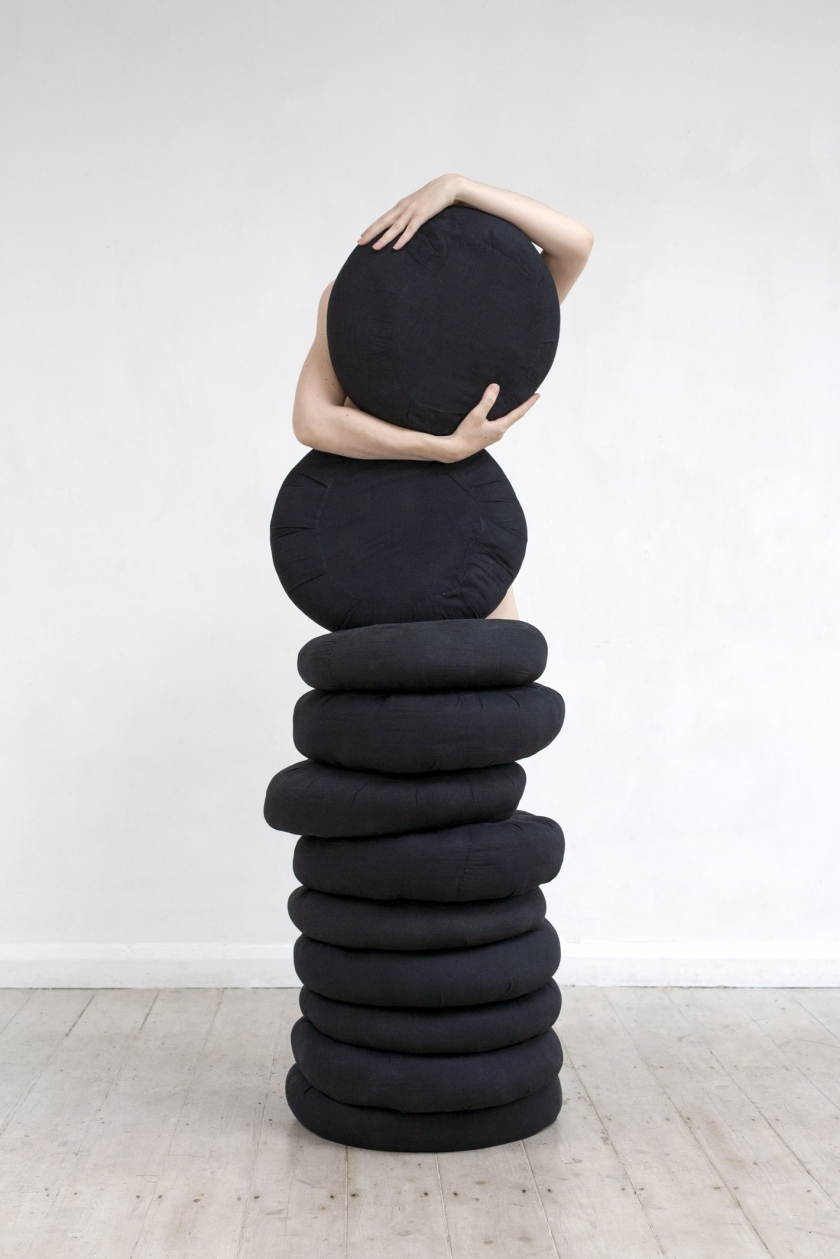 I Was Never Good at Yoga, Meditation Cushions, May 2015, © Polly Penrose 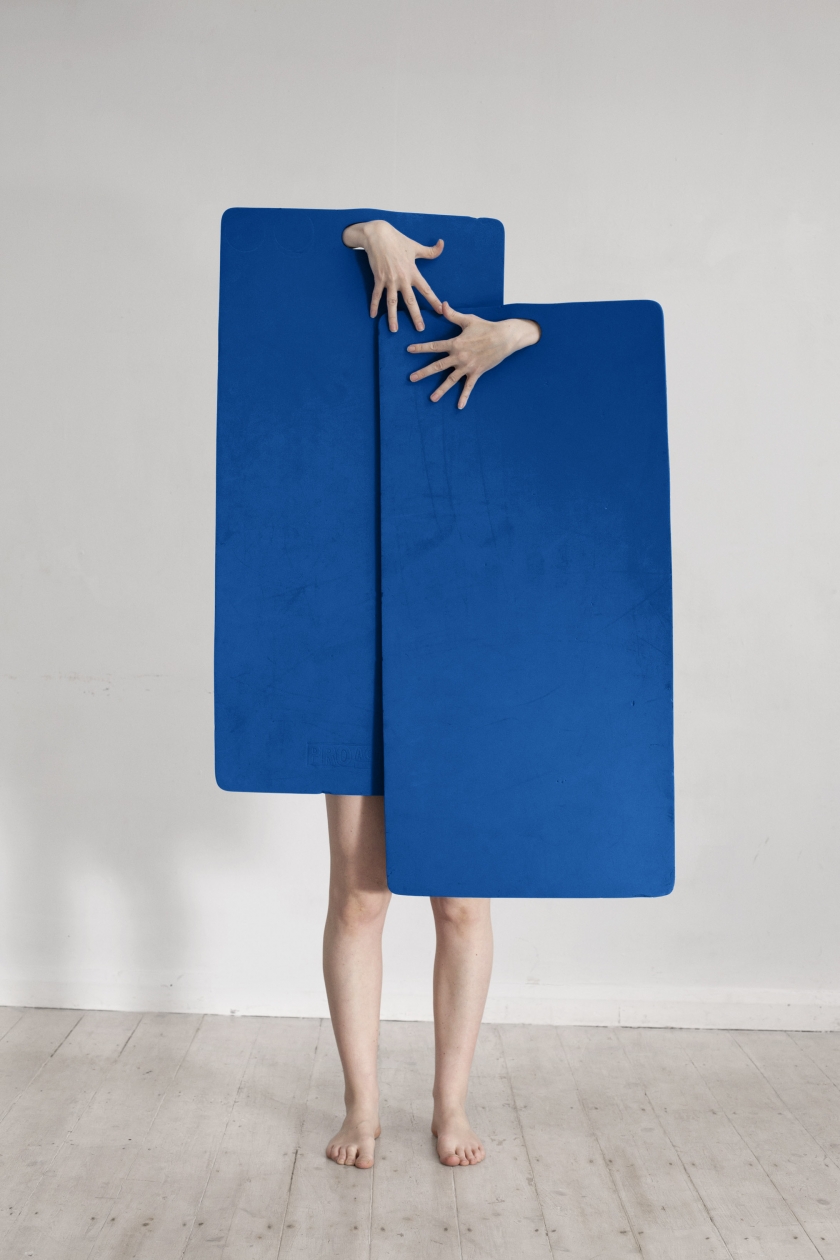 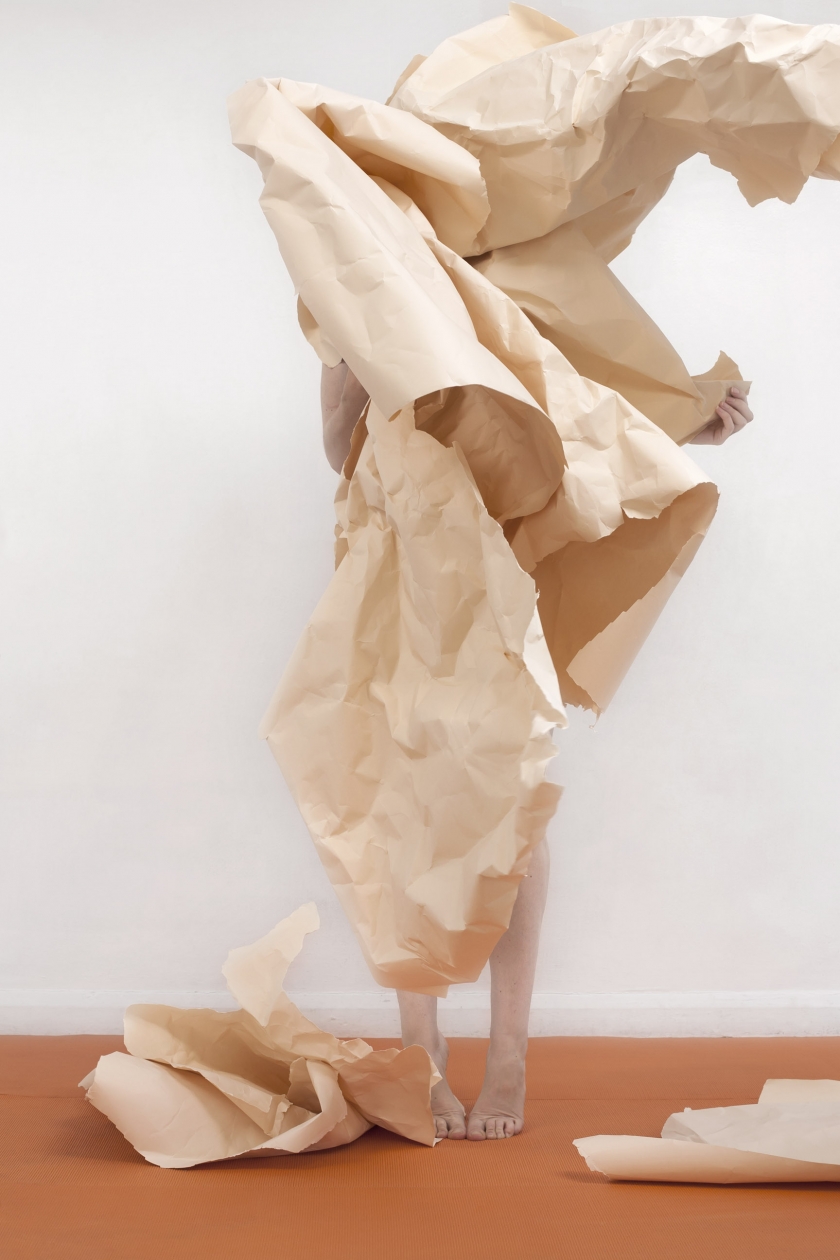 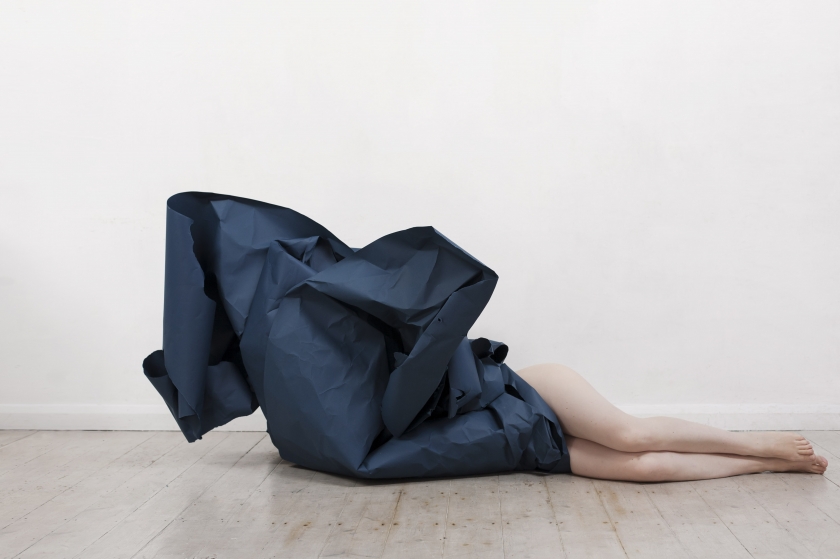 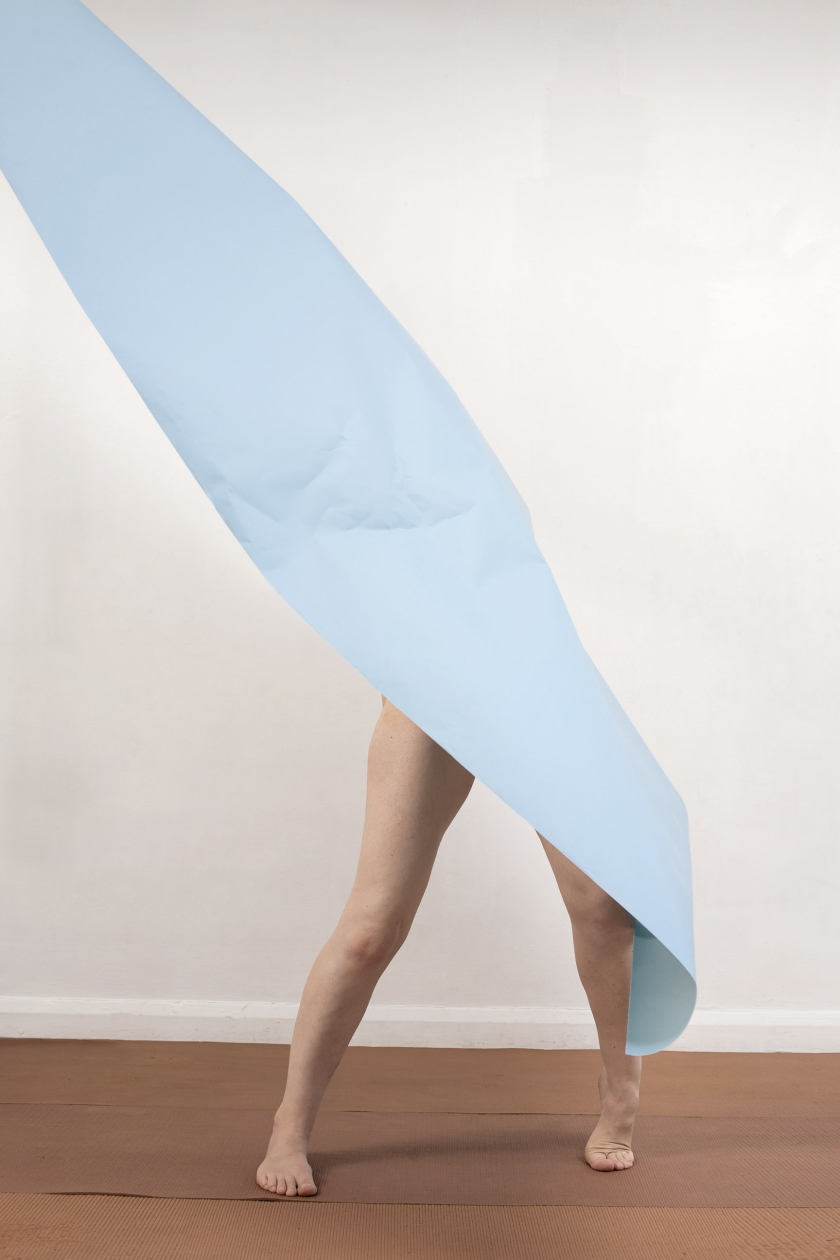 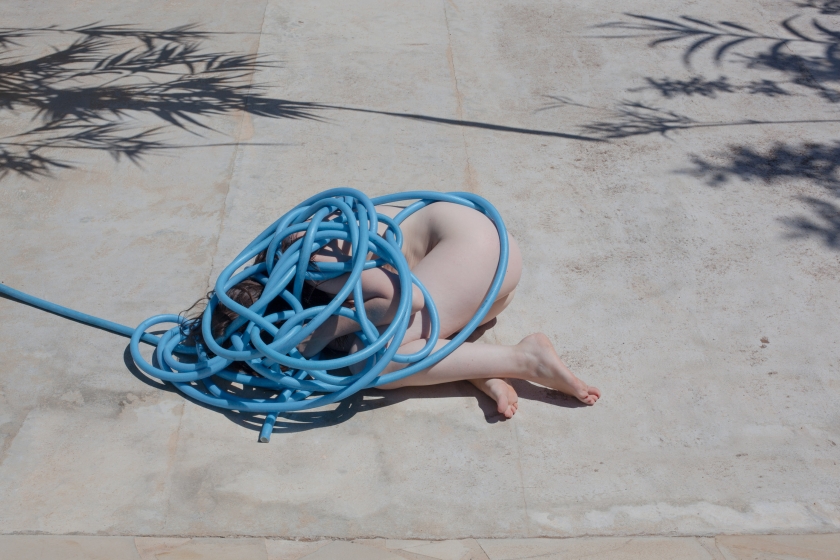 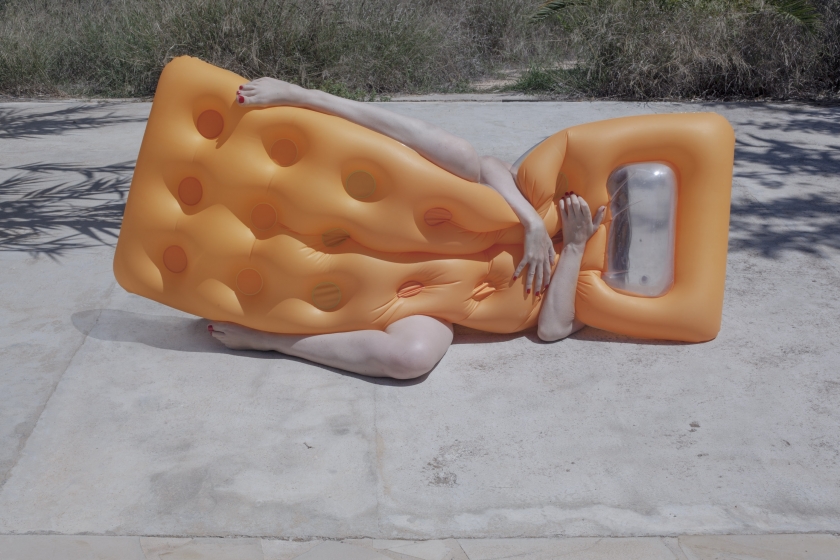 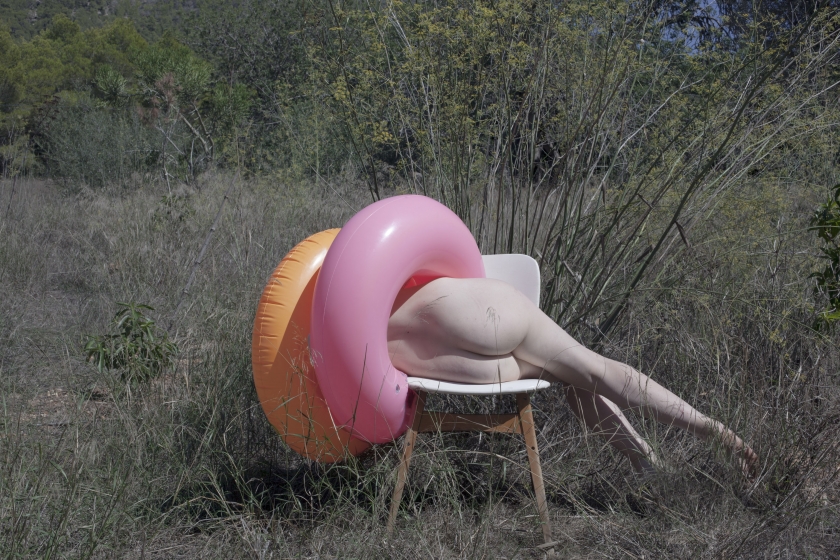 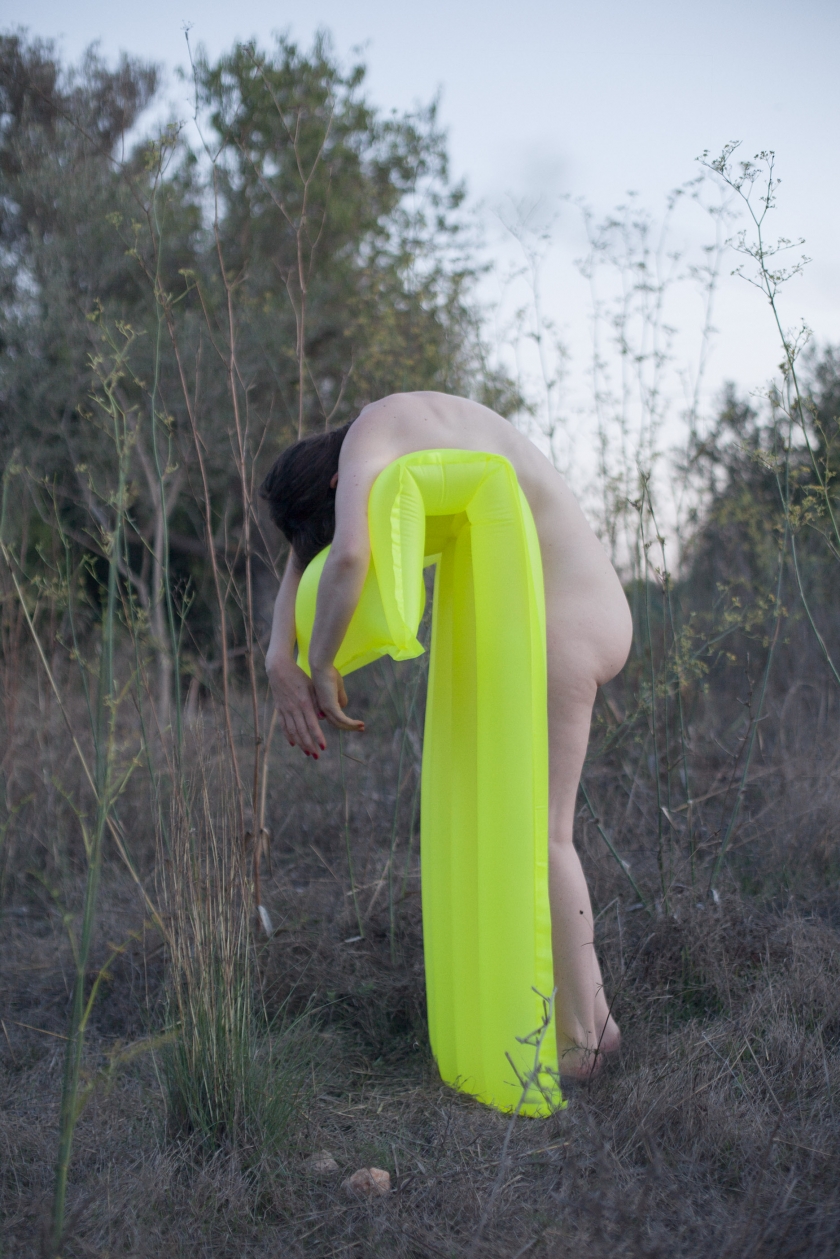