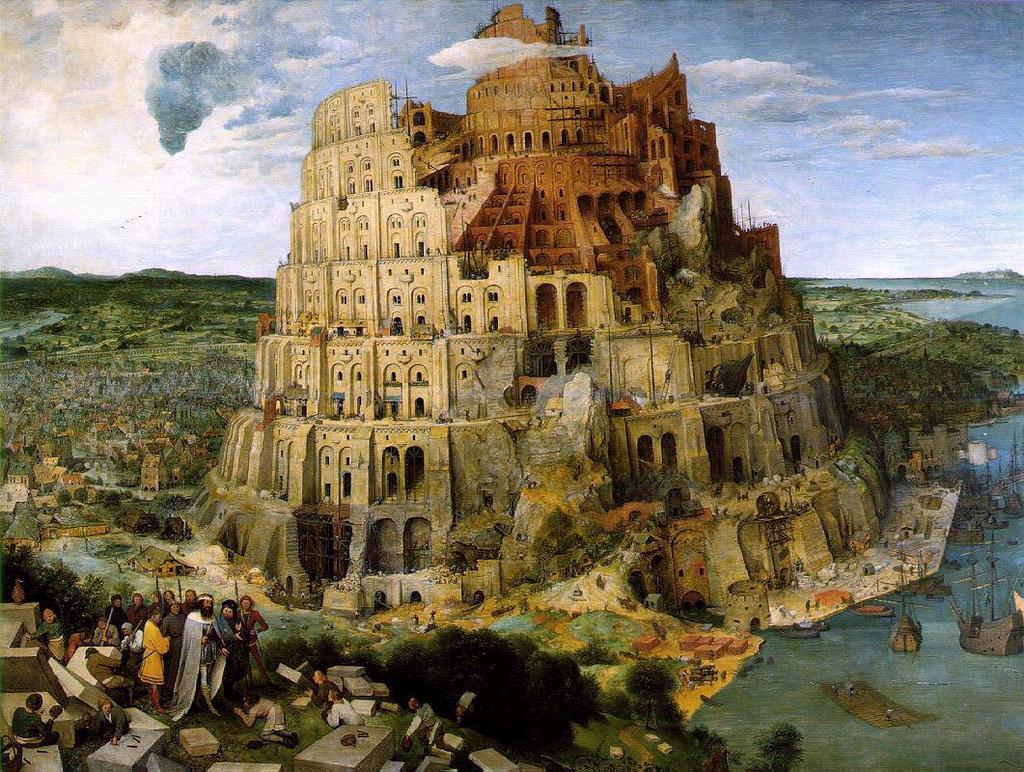 The Tower of Babel by Pieter Bruegel the Elder (1563) 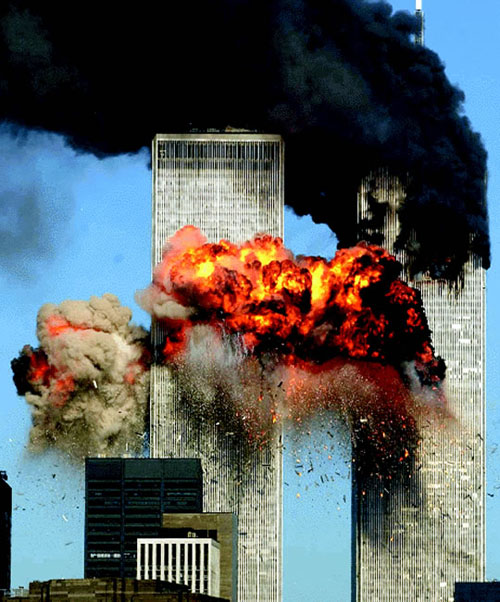 Flash of fire ten times brighter than the day…

I’m an old-school meat-and-potatoes kind of guy: if I can’t hold it or chew it, I don’t want to hear about it. I read no science fiction or fantasy. But what can I say? ‘Pride of Man’ (©1964 by Hamilton Camp) vividly describes the September 11 attacks (©2001 by al-Qaeda).

The song was a minor hit in 1966 for Gordon Lightfoot on his debut album, and in 1968 for Quicksilver Messenger Service (one of the leading early San Francisco bands together with Jefferson Airplane and the Grateful Dead).

Who is Hamilton Camp, you may ask. I admit I had only a foggy recollection of him from Back Then (but then most of my memories from BT are pretty foggy). It turns out Bob Camp (1934-2005) was evacuated from London during the Blitz and became a child actor in Hollywood.  He played in a trillion movies and TV shows, including a messenger boy in the 1953 version of “Titanic”, the uncredited second clerk in “The Graduate” (although I looked and could only find Buck Henry at the desk) and  in two episodes of “Star Trek: Deep Space Nine” as Leck, a Ferengi) and sang folk music with Bob Gibson and by himself.

He changed his name to Hamilton after joining the Subud spiritual movement, founded in the 1920s in Indonesia, now with 10,000 followers worldwide (including Jim>Roger McGuinn). “His soul had an argument with itself and the side that won decided to stop killing itself, to stop singing for release and to start singing for love.” Okay. I guess you can’t argue against singing for love. Hey, maybe I’ll change my name. How about, um, Yitzhak? Anyway, Ham’s most famous song was indeed ‘Pride of Man’: 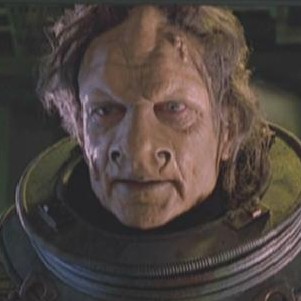 It’s hard to not picture the firefighters trying to climb the stairs of the Twin Towers, the song admonishing them that their attempts to combat the explosion will be for naught.

Turn around, go back down, back the way you came
Babylon is laid to waste, Egypt’s buried in her shame
Their mighty men are beaten down, their kings have fallen in the ways
Oh God, the pride of man, broken in the dust again

Our purpose here isn’t to quibble with the details of the song (the Egyptian pyramids are still standing, Egypt has never been associated with ‘shame’ in the Judeo-Christian tradition, the Egypt metaphor is just a one-time toss-off in this stanza). Bob/Hamilton is by all accounts a Minor Prophet. But let’s take a look at that Babylon metaphor. 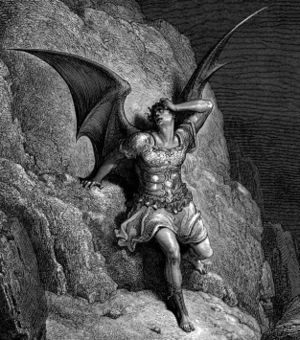 Genesis begins with three stories – the Creation, the Deluge, and the Tower of Babel. Why the flood? “And God saw the earth, and behold it was corrupted, for all flesh had corrupted its ways on the earth.” Boom, reformat the global Hard Disk, let’s try again.

After the flood, Noah was pretty depressed (daunted I suppose by the major cleaning task facing him and Mrs Noah), so God saw fit to promise him that he would never again resort to such drastic measures, that the world would continue to revolve. But He just turned around, and lookee wa’ happen: at the beginning of Genesis 11, ‘the entire earth was of one language, and one speaking’. A whole bunch of Noah’s descendants started dwelling in close proximity (that gregarious, tribal tendency I suppose), real estate got scarce, and the engineers figured out how to make bricks. “And they said, let’s build us a city and a skyscraper with its top all the way up in the sky, and we’ll make a name for ourselves, so that we won’t scatter all over the earth.”

You know, on the face of things, that doesn’t sound so bad to me. But God came down to check out The Tower, and He took a different view: “Here, one people and one language for all of them, and this is what they start doing? Now nothing will stop them from all their scheming. Let’s go down and babble up their language, so they can’t understand one another’s language. And God scattered them all over the face of the earth, and they stopped building that city.” 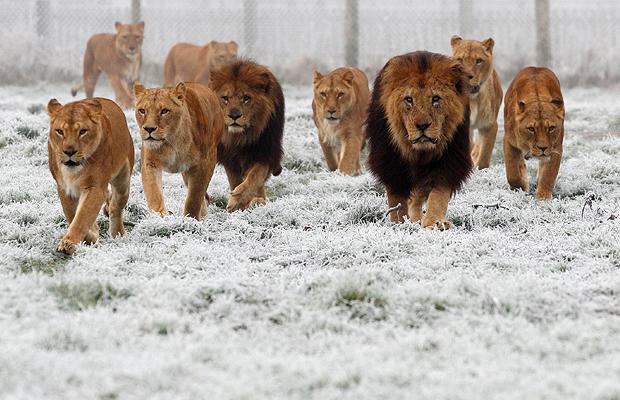 As anyone who’s taken high school French knows, differences in language are indeed a giant barrier to worldwide cooperation, even with Google Translate. I don’t profess to understand the Babel story completely, but it’s clear to me that there is a dynamic here, a dialectic. My Pooh understanding of the story tells me that there’s nothing inherently wrong with Man’s ambition, nor with his drive to create cities. The problem isn’t with the action itself, it’s with Man’s character. God created those Babylonians, just like He created us, and He knows if we’re going to be bad or good. Let’s rephrase that–He knows we’re going to be bad. So he decides at the very beginning of Earth Ver. 2.1 to lead us not into temptation: no skyscrapers, guys, it’ll only get you into trouble.

Turn around, go back down, back the way you came
Terror is on every side, though the leaders are dismayed
Those who put their faith in fire, in fire their faith shall be repaid
Oh God, the pride of man, broken in the dust again.

Turn around, go back down, back the way you came
Shout a warning to the nations that the sword of God is raised
On Babylon that mighty city, rich in treasure, wide in fame
It shall cause thy tower to fall and make it be a pyre of flame
Oh God, the pride of man, broken in the dust again.

Oh thou that dwell on many waters, rich in treasure, wide in fame
Bow unto a god of gold, thy pride of might shall be thy shame
Oh God, the pride of man, broken in the dust again.

Whose side is Hamilton Camp on here? In his prophecy, is he saying that al- Qaeda is the arm of God, that the World Trade Center is the symbol of Man’s hubris, his challenge to the supremacy of God? That’s a pretty uncomfortable reading of the 1964 song, and a very troubling way of looking at the events that took place twenty years ago.

And only God can lead the people back into the earth again
Thy holy mountain be restored, Thy mercy on Thy people, Lord. 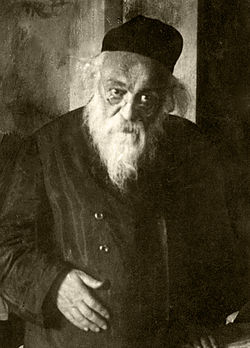 Tonight begins Yom Kippur, the Jewish Day of Atonement. It’s a time for reflection, for each of us to perform חשבון נפש (spiritual accounting). That’s a very difficult task, making sense out of all this. For a helping hand I usually turn for perspective to the wisest man I’ve read, Rabbi Joseph Soloveitchik, the grandson of Reb Chaim of Brisk (1853-1918), the founder of the modern Yeshiva approach to learning.  ‘The Rav’ himself (1903-93) was born in a shtetl in what became Lithuania, earned his Ph.D. in philosophy in Germany in 1932, then moved to Boston where he became a community rabbi. In 1941 he succeeded his father as head of the yeshiva at Yeshiva University in New York, where he taught until his death. He ordained over 2000 rabbis, and is considered to be the seminal figure in Modern Orthodox Judaism (a camp with which I identify), which advocates a synthesis between strict observance to Jewish law, the study of Torah, secular scholarship, and involvement with the community at large. 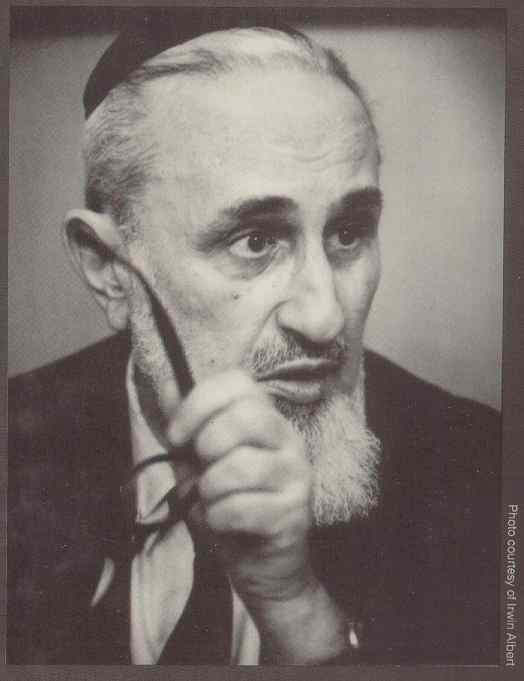 In addition to his achievements as a community rabbi and Rosh Yeshiva, Rav Soloveitchik was a profound philosopher. Perhaps his most influential work has been “The Lonely Man of Faith”, a 110-page treatise reconciling the fragmented, existential modern perception of the world with religious faith. I find it brutally honest, painfully truthful, and a source of great consolation.

The Rav analyzes the two stories of The Creation (Genesis 1 and Genesis 2), the Adam of each. He probes the dichotomy, the seeming contradictions, between the two Adams.

Adam the first is created in the “image of God”, referring “to man’s inner charismatic endowment as a creative being. Man’s likeness to God expresses itself in man’s striving and ability to become a creator.” It is he who has the “mandate to subdue nature”. “Man acquires dignity through glory, through his majestic posture vis-à-vis his environment.”

“While Adam the first is dynamic and creative…, Adam the second is receptive and beholds the world in its original dimensions.” “ Adam the second perceives the world as it is created and asks not ‘how?’ but ‘why?’” “He wants to understand the living, ‘given’ world into which he has been cast.” “He asks: ‘What is the purpose of all this? What is the message that is embedded in organic and inorganic matter, and what does the great challenge reaching me from beyond the fringes of the universe as well as from the depths of my tormented soul mean?”

Our challenge in this world, The Rav argues, is synthesize these two paradigms in our lives. To build, and simultaneously to remember our insignificance. Pride leads to a fall, Hamilton Camp reminds us. What would God say about the al-Qaeda attacks? I’m not privy to that. I never thought of the WTC as a symbol of man’s pride, and I do think of al-Qaeda as a horrifying example of where self-righteousness can lead. But I do understand that we of the West are not the only inhabitants of this earth; and that this earth has become so small, and that we have overcome so many of the boundaries of speaking in 70 tongues, that we really do need to find ways to ensure that we accommodate all of God’s children. Our boundaries are no longer those of our town. We all have global responsibilities. What’s the נפקא מינה of that, the operative conclusion? I don’t know. My assumption is that תיקון עולם, Tikkun Olam, fixing the world, begins with fixing oneself. So when I praying during Yom Kippur, I try to give thought to my own human tendencies to excessive pride as an individual and as a citizen; and to my desires to make some kind of statement while I’m here; and how to best reconcile the two. I try to come up with a plan to make myself a better person in the year to come.