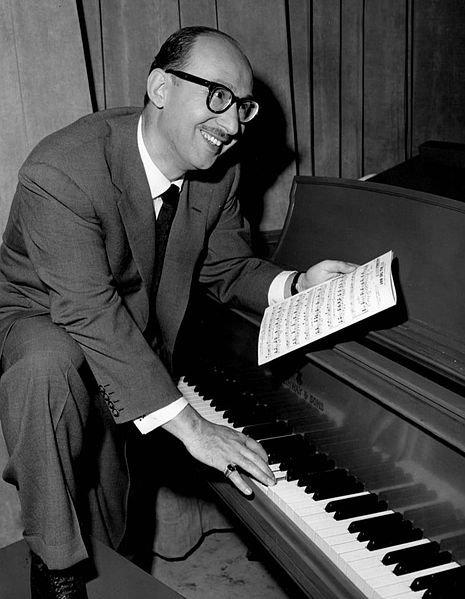 Asked “Which comes first, the words or the music?” Sammy answered “The phone call.”

It seems he did a pretty good job, writing the lyrics for such standards as ‘My Kind of Town (Chicago Is), ‘Love and Marriage’, ‘Come Fly With Me’, ‘Let It Snow’, ‘The Second Time Around’, ‘I Should Care’, and four Academy Award winners: ‘Three Coins in the Fountain’, ‘All the Way’, ‘Call Me Irresponsible’, and our song of the week, ‘High Hopes’.

Sammy (1913-1993) was born Samuel Cohen on (surpise!) the lower East Side of New York. “So low that one step backwards would have landed me in the East River.”  He anglicized his name from Cohen to Cahn. Go figure. 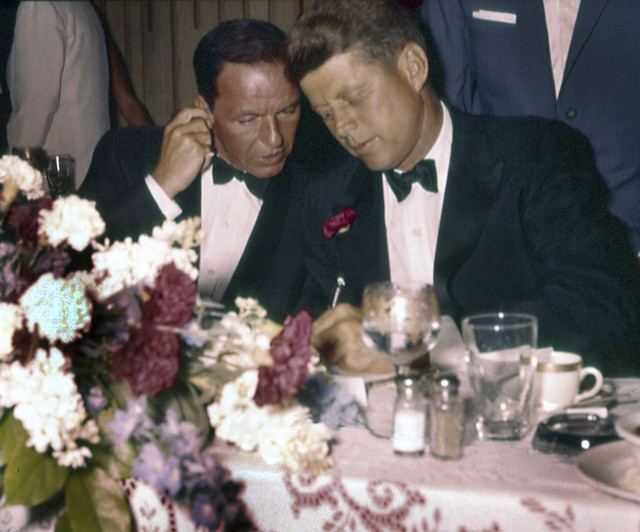 ‘High Hopes’ is a charmer, from Frank Capra’s 1959 trifle “A Hole in the Head”, where Sinatra plays the widower father of child actor Eddie Hodges. Frank’s compadre Jack Kennedy took it as the theme song for the 1960 presidential campaign, with the opening lyric “Everyone is voting for Jack ’cause he’s got what all the rest lack. Everyone wants to back – Jack, Jack is on the right track.” I’m guessing that Sammy Cahn himself wrote that lyric. He prided himself on reworking lyrics of his best-known songs for rewrite-on-demand occasions such as corporate gigs (and making a pile of moolah doing so).

For all its cuteness and universality, the song has had surprisingly few cover versions (although Pink Floyd had a song by the same name, as did The Havalinas, whose song is covered by Bruce Springsteen as the title track for his 2013 album.) Oh, and here’s one you may not have heard – a Columbian string quartet playing a ragtime arrangement.

A dozen years ago, I noticed that my then ten-year old granddaughter Nogah had a pretty nice singing voice. I wanted to encourage her to try out her pipes, so I took her into a studio and recorded the song with her. I’m no Frank Sinatra, and she’s no Eddie Hodges, but we sure had a lot of fun.

I wanted to demonstrate to Nogah that it’s actually possible to cut a record without too much difficulty, that all you need to do is find an appropriate song and an accompanist and a studio. All you need is a dream and a plan. I don’t know if that lesson came across to her, and if it did what she’ll do with it when she grows up. Perhaps she’ll become a singer, perhaps a doctor or lawyer or Indian chieftess – whatever she wants. I don’t know what she’ll do with her future. But I have high hopes.

Next time you’re found, with your chin on the ground

There a lot to be learned, so look around

When troubles call, and your back’s to the wall there a lot to be learned – that wall could fall.

So any time your feeling bad ‘stead of feeling sad, just remember that ram.
Oops, there goes a billion kilowatt dam