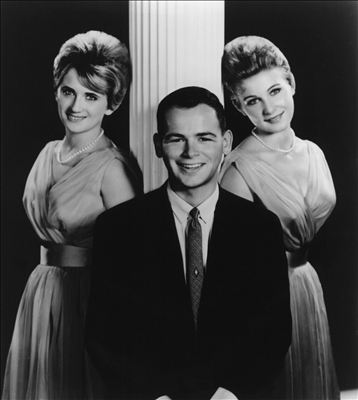 Nobody talks about The Fleetwoods anymore. In my eyes, that’s a tragedy, because so often when I’m feeling like Mr Blue their songs come softly to me.

I gush, you say? Go on, laugh at me, oh ye spoilers, skeptics, and cynics. Were you never 14 years old, pimpled, wearing the wrong shoes, and thinking of nothing but the Yankees’ pennant chances and Arlene Kaplan’s breasts?

You want analytical? I’ll give you analytical. Gary was waiting with Gretchen for her mother to pick them up after school – Olympia, Washington, 1957. He hummed a chord progression she had been working on. She composed a harmony that fit right on top of it. They called in her friend Barbara, and together they wrote ‘Come Softly To Me.’ They performed it live twice – at a senior class assembly and at a post-football game dance. Classmates wanted copies of the song so they could learn it, so ‘Two Girls and a Guy’ recorded it on a home tape recorder a cappella, garnished by Gary shaking his car keys (gently). The suits added bass and guitar in the studio. Released in February, 1959, it was not only #1 on the Billboard charts for 4 weeks, but even hit #5 on the R&B charts! White doo-wop! Here they are killing it live on The Dick Clark Show. 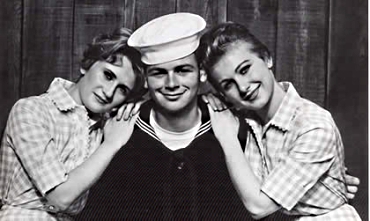 April saw their follow-up original, ‘Graduation’s Here’, they lyrics of which make early Beach Boys sound like John Milton. It achieved #39. I guess radio stations were pretty hard up for new material that April.

In July the suits found them a song DeWayne Blackwell had written for The Platters, ‘Mr. Blue’. DeWayne had moved from Corpus Christie to California with his parents fleeing the Dust Bowl, and now “picked crops and guitars for a living”. Embellished by Ray Lanham on guitar and Si Zentner on trombone, The Fleetwoods’ recording became a classic cuckold’s complaint, a prominent prom premise for teen snuggling. It also ‘climbed to the top of the charts’ (that’s show business jargon for ‘became very successful’) in November, 1959, making The Fleetwoods the first group in the world to have two #1 Records top Billboard’s Hot 100 in a single year. 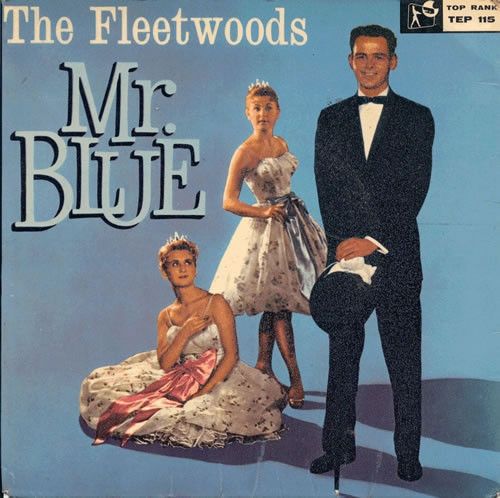 Mr. Blue has had a surprisingly small number of covers – contemporaneously by Bobby Vee, Bobby Vinton, and Jerry’s boy Gary Lewis; later a nice one by David Bromberg (remember him, the guitarist from Dylan’s “New Morning”?), and an unfortunately upbeat misreading by Garth Brooks himself.

DeWayne now resides in Rosarito, Mexico, and we hope he’s doing well there. But we’ve come to talk about The Fleetwoods. 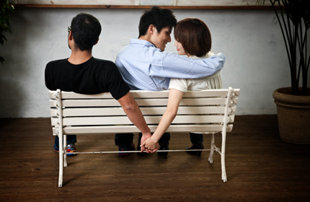 Despite Gary’s serving two years in the US Navy in the middle of all this, The Fleetwoods managed to churn out a very respectable string of lilly-white hits, including ‘Outside My Window’ (#29), ‘Runaround’ (#23), the quite haunting ‘Tragedy’ (#9), covered by Paul McCartney, and a rather obscure favorite of mine, ‘Lovers By Night, Strangers by Day’. You can hear Glen Campbell on guitar and Leon Russell on piano on that one. It only hit #36, but I must have listened to it several thousand times back in 1962. I wish today I could say that’s an exaggeration, but if I’d spent that time doing my math homework I’d be somewhere else today. But it’s true. I liked it so much I used to listen to the B-side, a forgettable hack tune called ‘They Tell Me It’s Summer’, written by a 19-year old named R. Newman.

Do you see the kind of information I’ve been shlepping along in my brain all these years? Is it any wonder I sometimes get mentally sluggish?

A lot of rain has fallen in Olympia, Washington, in the ensuing half century. You can read Gretchen’s version of The Fleetwoods’ biography if you like, or Gary’s even more detailed one.  As of the late 1970s, Gary was working in a plywood plant in Washington; Barbara was managing a trailer park in California and Gretchen was a housewife and modern jazz dance teacher in Washington at St. Martin’s College and at The Evergreen State College. She eventually acquired legal rights to The Fleetwods name, but Gary has his own Fleetwoods group. It seems the three don’t have much to do with each other. Only Gretchen showed up for their induction into the Vocal Group Hall of Fame. Gary had intended to attend but cancelled to be with his wife in her breast cancer treatment. 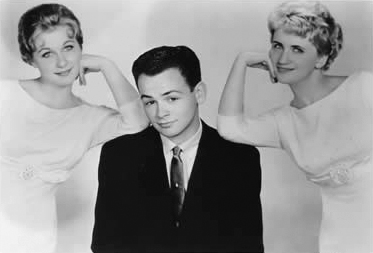 They may not speak much to each other, if at all, but I’ll betcha all three of them still brag to their grandchildren that they were members of the group that not only had the first million-seller gold record produced on a Northwest label, and not only the only mixed-gender trio to have multiple #1 pop hits, but were the first group to have two records top the Billboard Hot 100 in a single year! It’s true that in 1964 The Beatles had six of them, but The Fleetwoods were the first, and no one can take that away from them. I sure hope no one would want to.

Our guardian star lost all his glow the day that I lost you.
He lost all his glitter the day you said ‘no’, and his silver turned to blue.
Like him, I am doubtful that your love is true,
But if you decide to call on me, ask for Mr. Blue.

I’m Mr. Blue – when you say you love me
Then prove it by goin’ out on the sly, proving your love isn’t true –
Call me Mr. Blue.

I’m Mr. Blue – when you say you’re sorry
Then turn around, head for the lights of town, hurtin’ me through and through –
Call me Mr. Blue.

I stay at home at night, right by the phone at night
But you won’t call and I won’t huurt my pride.