I’ve been a landscape and travel photographer for nearly six years now. While I will always love standing in front of an amazing landscape at sunset, nothing on earth can compare to the feeling I get when standing in front of a massive supercell with 40-50mph winds at my back, watching it twist and churn, as it tries to lower itself to the ground. It’s the most intense and pure mixture of awe, fear and respect for mother nature that I’ve been able to find to this day.

I’m just now wrapping up my third season of chasing these incredible storms (you can check out some of my storm images above) and over the past three years I’ve been fortunate to meet some incredible chasers; some of whom are even better photographers. So here’s a collection of four of the best chaser photographers out there (along with a few of their best images). Be sure to check out their websites and links to see more of their amazing work!

Mike has become one of my best buds over the past few years, we even lead workshops around the world together now (you can find more info on that through the link to my site in my bio). He took me on my first chase and to this day I chase with him about 99% of the time. He’s been doing this stuff for upwards of 15 years now, and is just as good at putting us in position for a storm to develop, as he is at photographing them. In fact, the last time we chased we drove out to west Texas and he put us within 30 minutes of storm that exploded into a supercell. 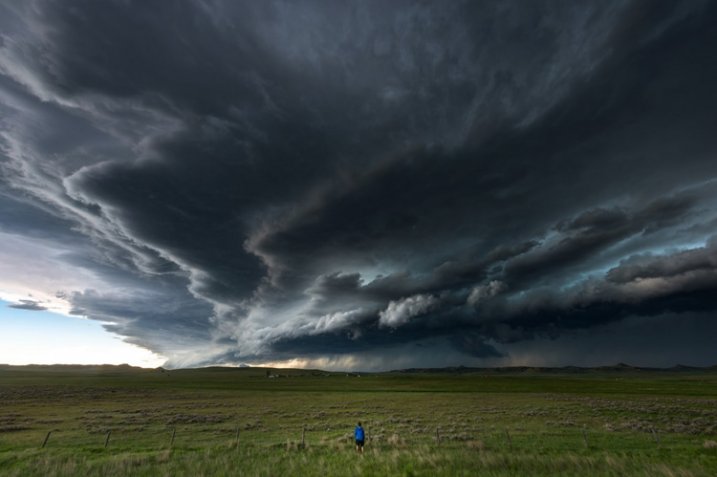 A storm chaser stands in front of an approaching supercell thunderstorm just north of Gillette, Wyoming in May of 2014. © Mike Mezeul II

“A tornadic supercell thunderstorm sweeps across the plains at sunset near Ardmore, Oklahoma.”

“Mammatus clouds glow a vibrant pink over west Texas after severe weather rolled through the area.” 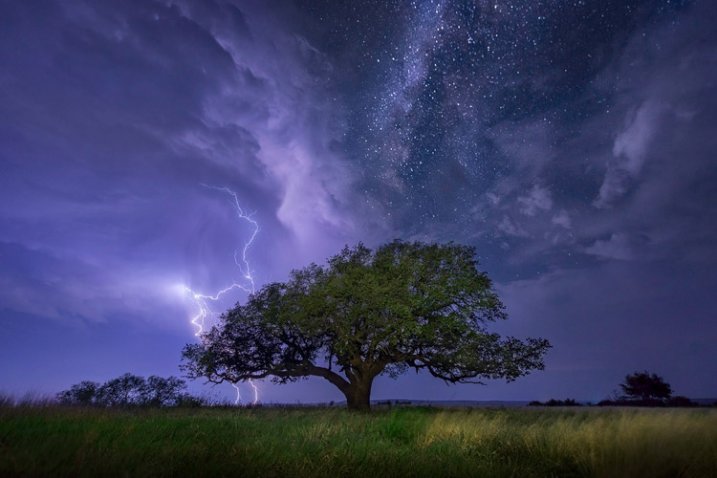 “A cloud-to-ground lightning bolt strikes over Albany, Texas as the Milky Way shines above.”

I’ve known Mike online for about the same time as I’ve been a professional photographer. We met back in the HDR Days, and I remember being amazed when he got into storm photography. Then, one of his images of a haboob decsending on Phoenix went absolutely viral overnight and he was officially on the map as a storm photographer. But that wasn’t it, he hit gold again a couple years later with his Booker, TX timelapse which you’ve likely seen on TV and even movies. Coincidently, I just met Mike in person for the first time a few weeks ago while out chasing in west Texas. He’s an incredibly nice dude and fantastic photographer. I’ll be joining him soon to photograph Monsoon season in his home state of Arizona. Can’t wait!

Check out Mike’s work at his website and on 500px and read his article here on dPS: How to Photograph Lightning – the Ultimate Guide 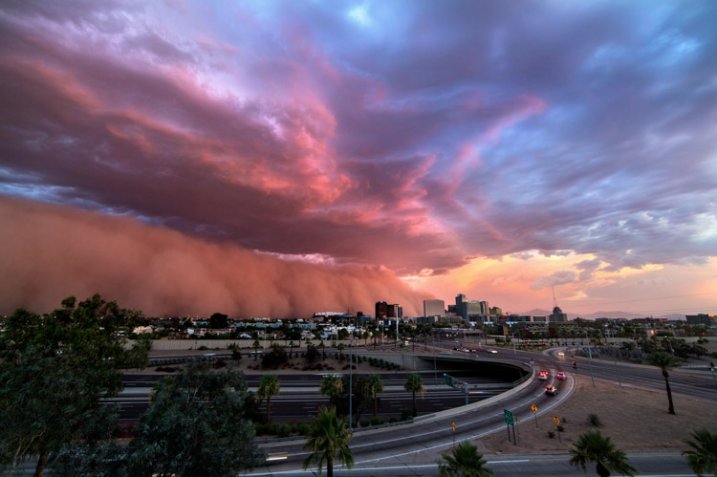 “A gorgeous dust storm and low level clouds roll into downtown Phoenix on July 3rd, 2014. Always amazing to see a scene like this, but toss in a little sunset color and it blew my mind.” 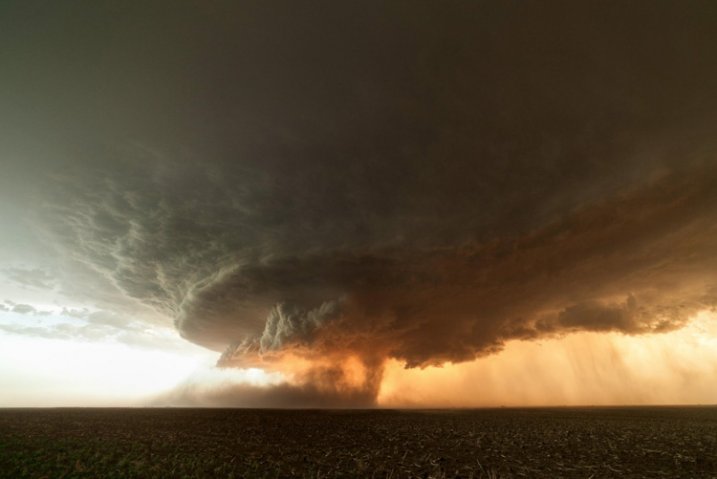 “Storm of the Apocalypse” © Mike Olbinski

“A view of the Booker, Texas supercell which was one of the most amazing sights I have ever seen. You can see the crazy timelapse of this storm below.”

“This storm earlier spawned a brief tornado near Groom, Texas. It moved to the east/northeast across the rolling farmlands…I caught up to it once again here just north of Alanreed. The hail core and structure was magnificent to behold.”

Marko is an incredibly talented photographer and chaser from Slovenia. I was turned on to his work through a friend, and when I began scrolling through his images on 500px, my jaw began to drop lower with every image. He seems to be on just about every major photogenic storm there is, and that’s a feat in and of itself. Capturing these storms as well as he does is a whole other feat. I haven’t met Marko in person yet, but I’m sure it’s only a matter of time before we run into each other out on the road beneath a storm. 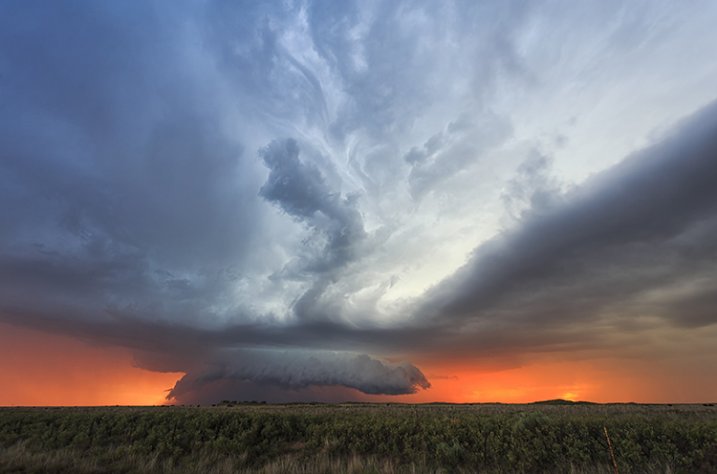 “Nicely striated supercell at colorful sunset near Bledsoe, New Mexico on May 29th, 2015″ 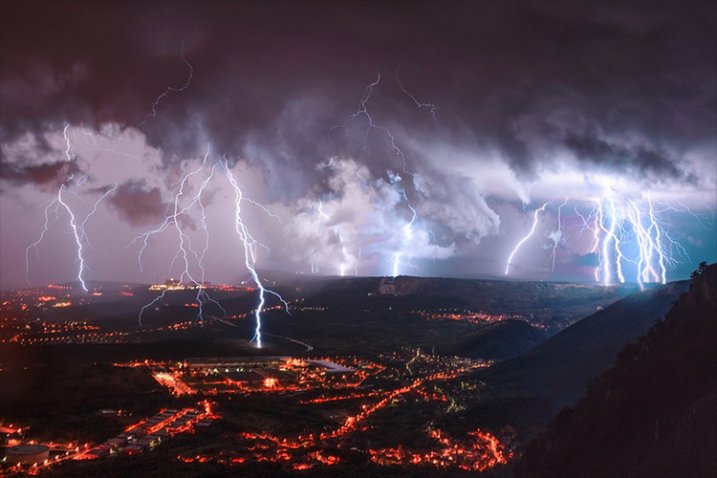 “A lightning barrage during the cold frontal passage over the city of Trieste, Italy on October 14th, 2014.” 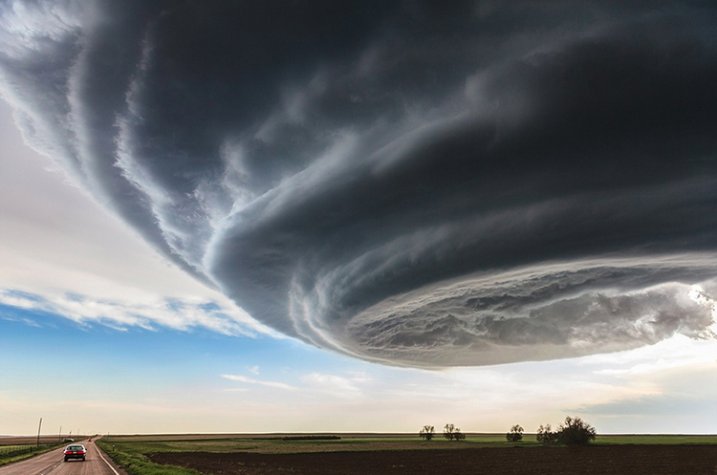 “Spaceship shaped supercell storm near Julesburg, Colorado on May 28th, 2013″

I met James Langford out on the road during one of my first chases with Mike and have since run into him while chasing several times. James is just an all around nice dude. If he’s not chasing on his own, he’s usually “now-casting” (forecasting for a chaser from home) for someone who is. He’s got an incredible collection of storm images as well as some jaw-dropping time-lapses. 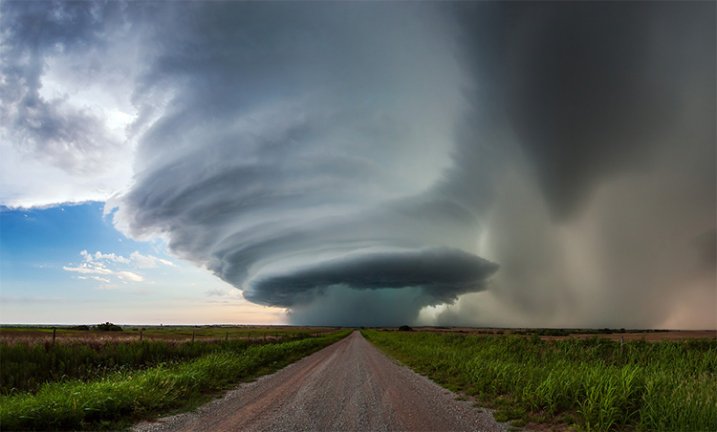 “This was captured in western Oklahoma. Experiencing the power and beauty of thunderstorms is something that is really hard to translate into images.  This particular storm was one of the most beautiful I had ever seen.  It moved very slowly the whole time we photographed it, and the structure and colors were incredible.” 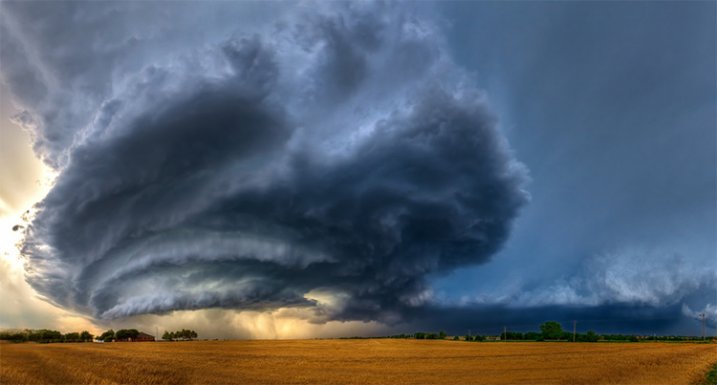 “Capture near Piedmont, Oklahoma, this incredible storm in Central Oklahoma had hail the size of grapefruits and a small tornado around the time this image was created.  I’ve never seen structure and colors quite like this and it ranks as one of my favorite images of all time.”

I met Kelly a couple of years ago through Mike Mezeul. He had a great 2015 season capturing both the Hico supercell and the twin tornadoes in Colorado that went pretty viral. You can view more of his work at his website Clouds365.com and his 500px page. 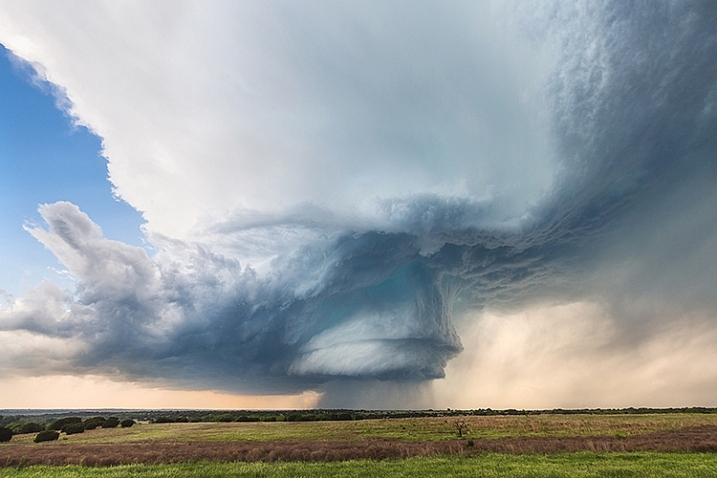 “Visually, has to be one of my favorite storms ever. This was a very discreet storm and as you can see the rotation was quite evident. The hail core was quite impressive as well, producing baseball sized hail that knocked out a few storm chaser’s windshields.” 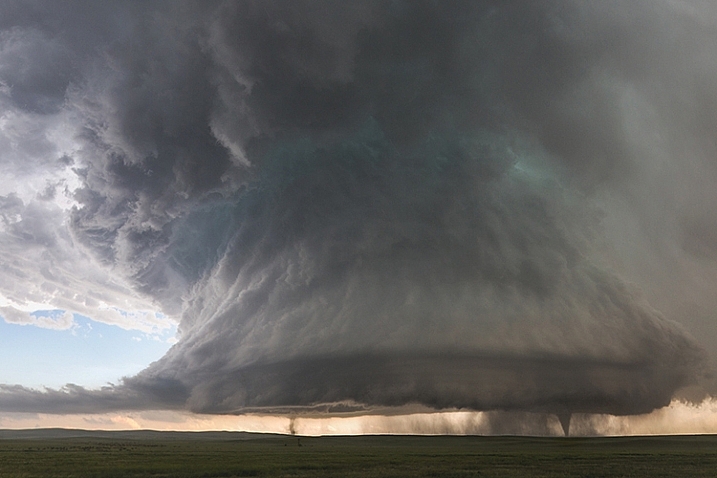 “My most favorite image of my career. I did describe it as a “shot of a lifetime”. For years I wanted to capture a discreet supercell (no other storms around) with a tornado underneath. I was very surprised to see not just one, but two tornadoes both spinning in the opposite direction.” 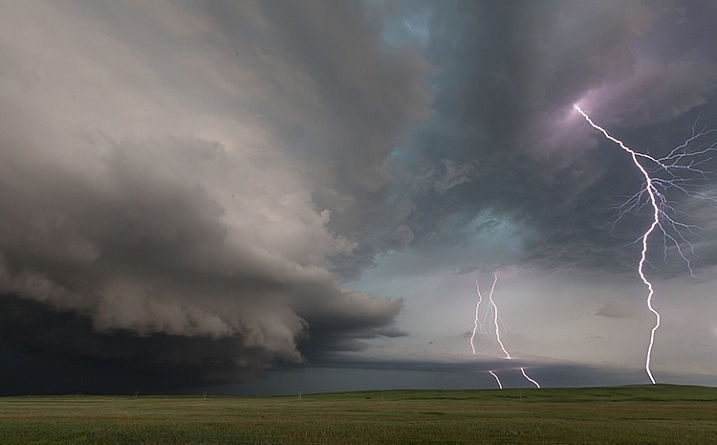 “The lightning field was so intense preceding the core, you would see a flash nearby and immediately hear a BOOM. Thats close! Feeling a little safer near Belle Forche, South Dakota I got out and captured a few shots. Again, all you would see is a quick flash. Amazed to look at the back of my screen to see this.”