A face made from 2,000 stars celebrates the 400th anniversary of Shakespeare's death 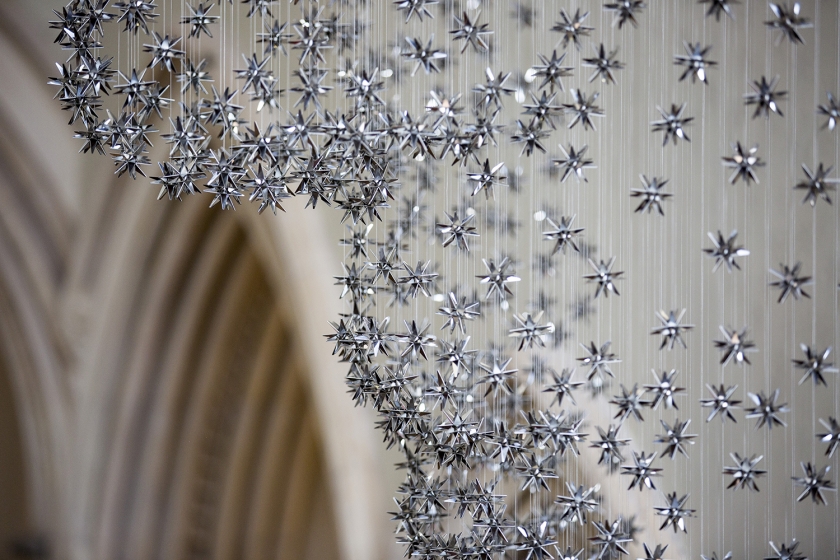 To celebrate the unveiling of its newly-restored Grade II listed Swan Wing, and to mark Shakespeare’s birthday and the 400th anniversary of his death, the Royal Shakespeare Company (RSC) will today launch a major new artwork, commissioned by Brighton-based artist and designer Steven Follen.

Made from 2,000 stainless steel stars suspended from the ceiling by fine wires to make the shape of a huge human face, the three-dimensional artwork has an ethereal quality to it, reflecting light and moving gently in the air. Surrounded by further metal stars, it loosely reflects the position of the constellations on Shakespeare’s birthday.

Inspired in particular from Romeo and Juliet, Act III Scene II, where Juliet speaks of her star-cross’d lover Romeo, “When he shall die, take him and cut him out in little stars, and he will make the face of heaven so fine…”. The title, For All Time, is a quote from Ben Jonson’s eulogy to Shakespeare: “He was not of an age, but for all time!”

Further inspiration for the artwork came from existing architectural styling found in the Royal Shakespeare Theatre and the Swan Wing; an amalgam of Victorian Gothic, 1930s Art Deco and 21st century industrial design in which metal features prominently.

Built in 1879 and the oldest part of the RSC’s theatres in Stratford-upon-Avon, the Swan Wing has been the subject of a nine month restoration, made possible by a £2.8 million award from the Heritage Lottery Fund. To discover more, visit www.rsc.org.uk.

Via direct submission | All images courtesy of photographer Andrew Fox 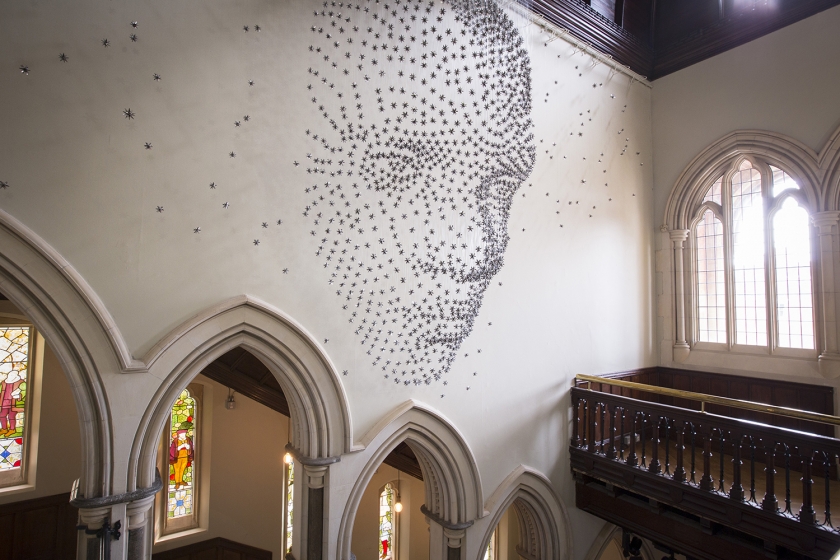 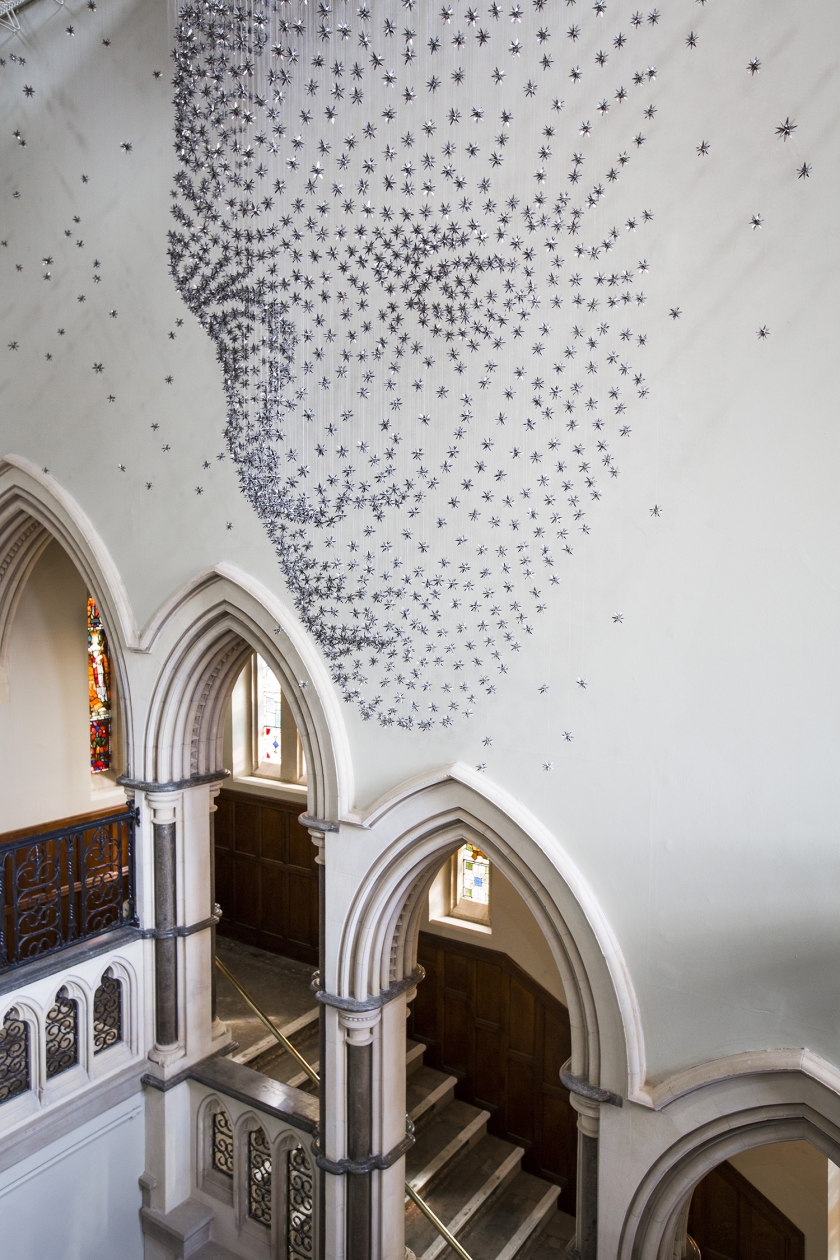 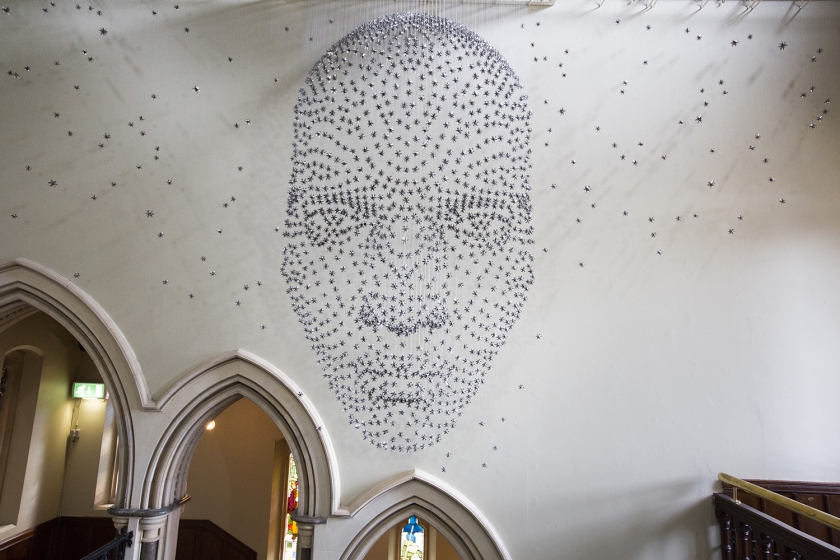 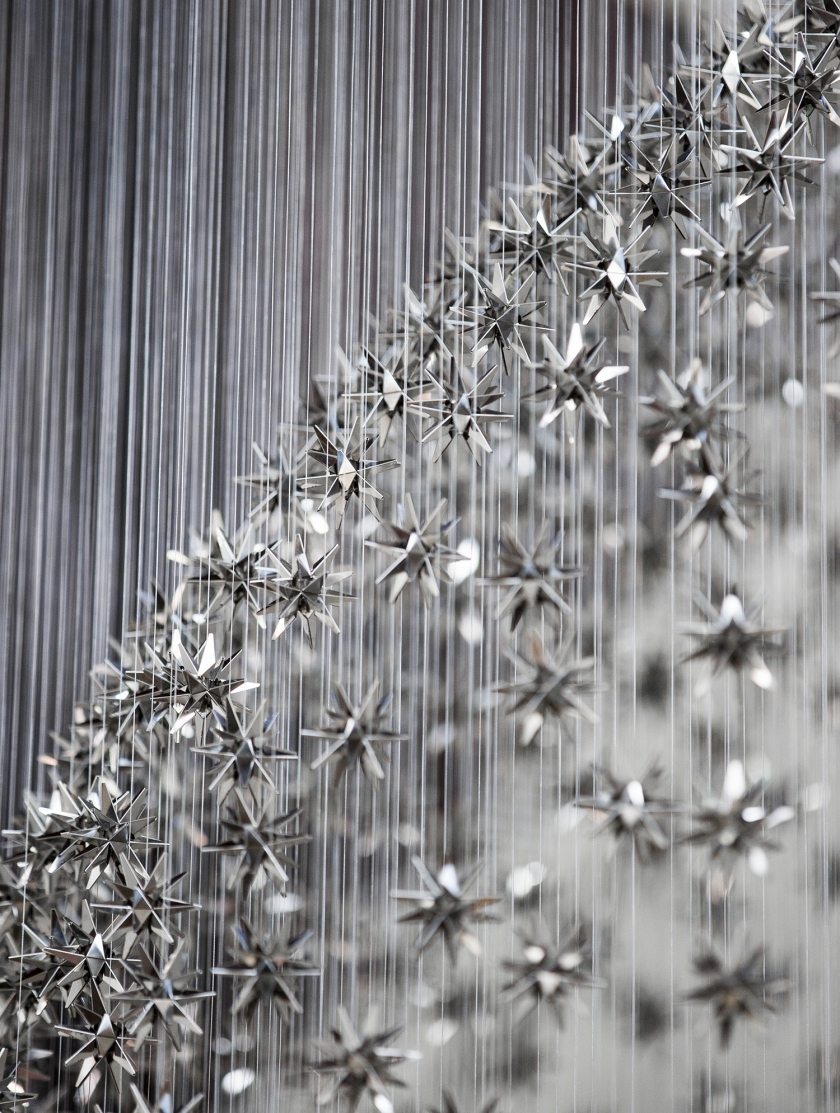 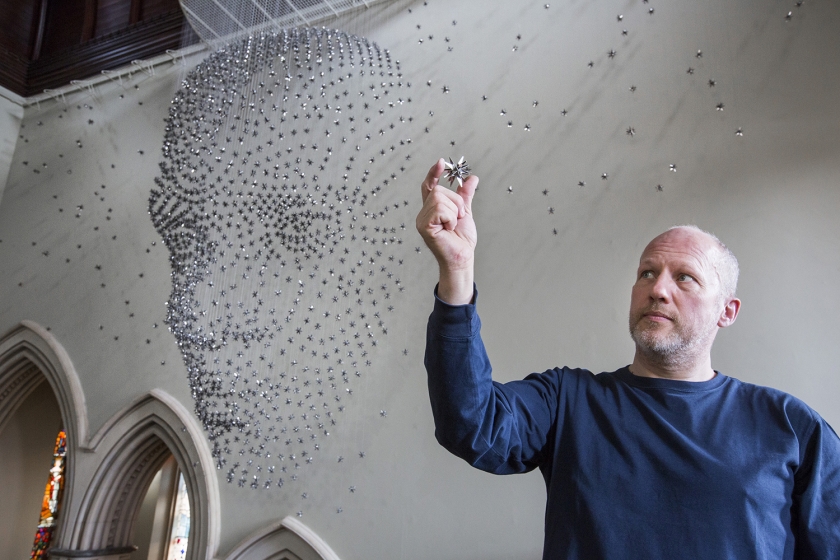 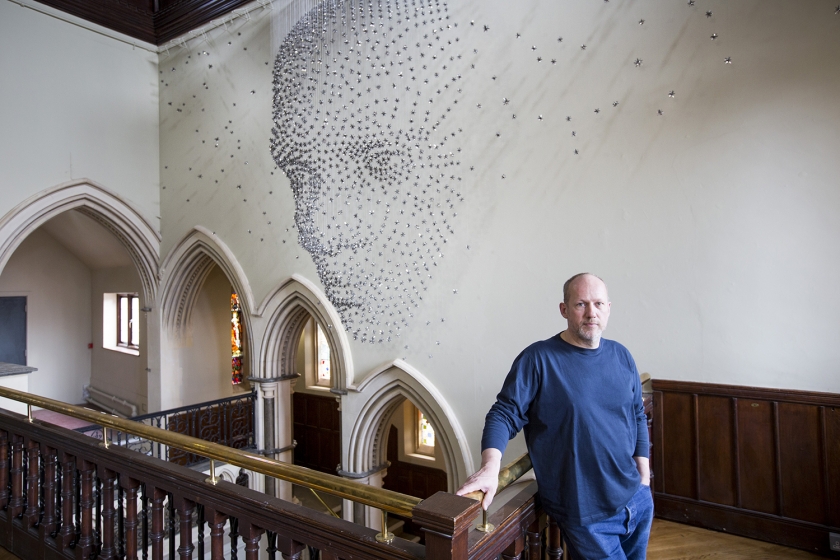 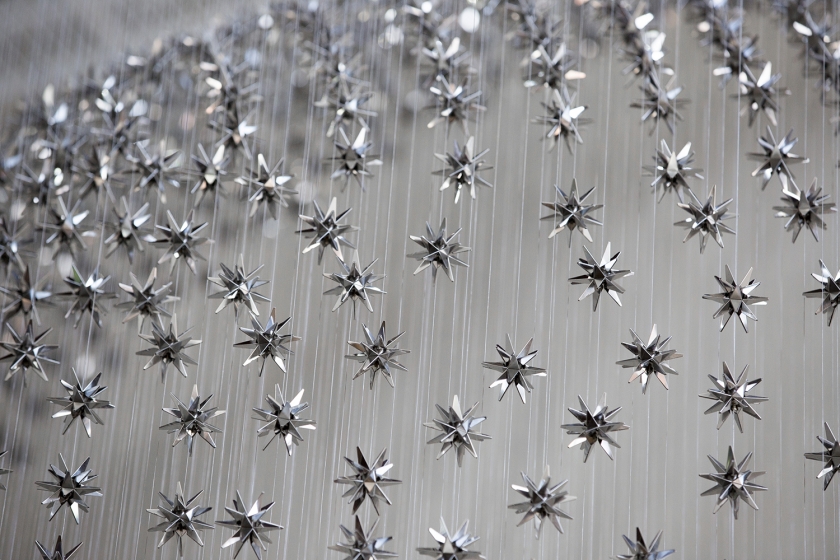 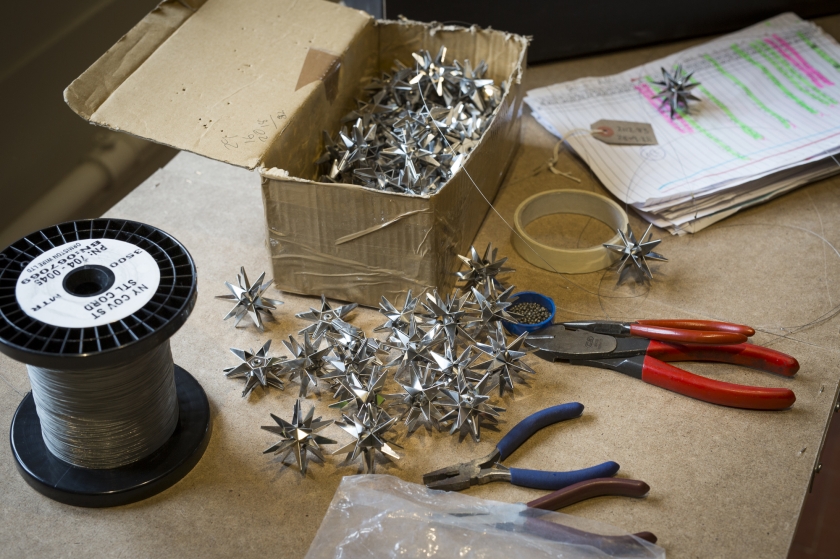 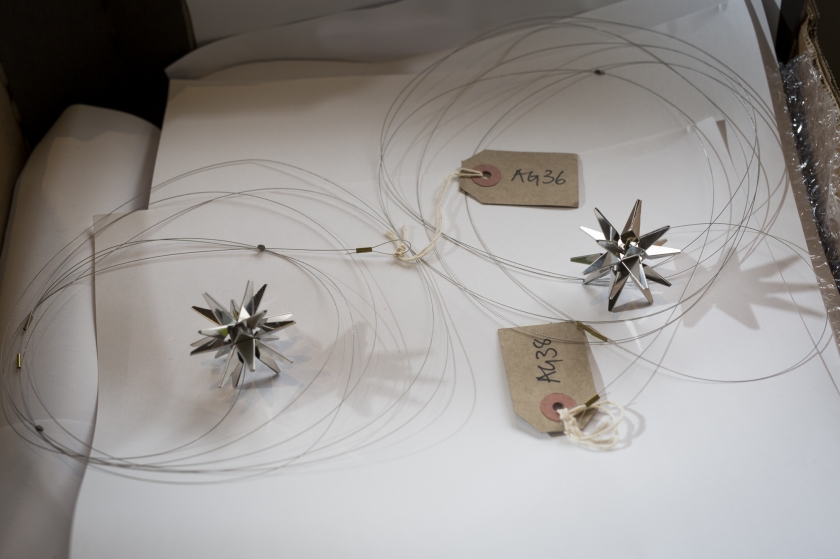 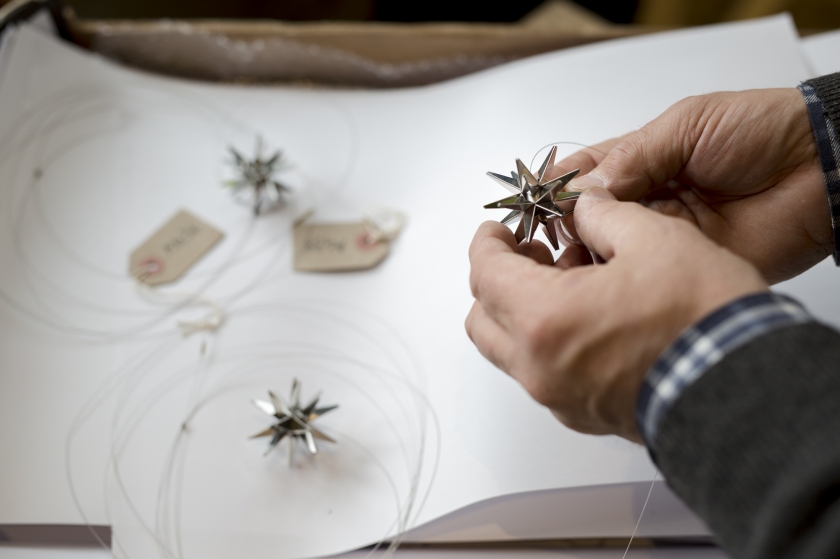 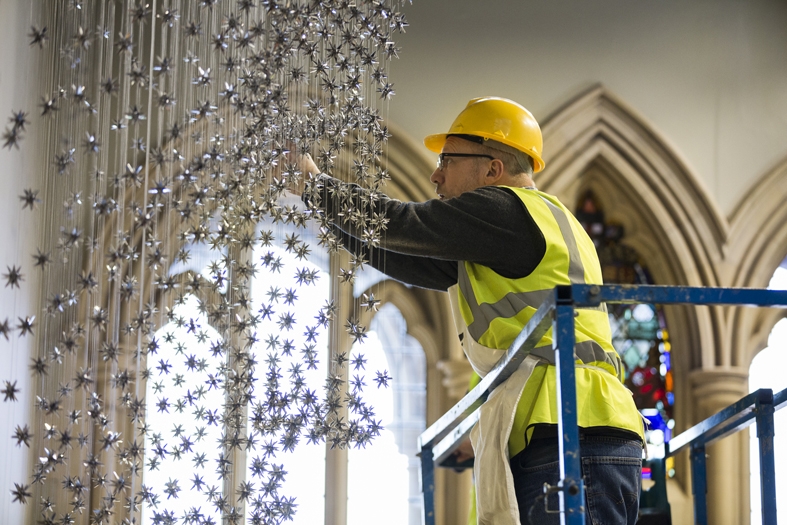 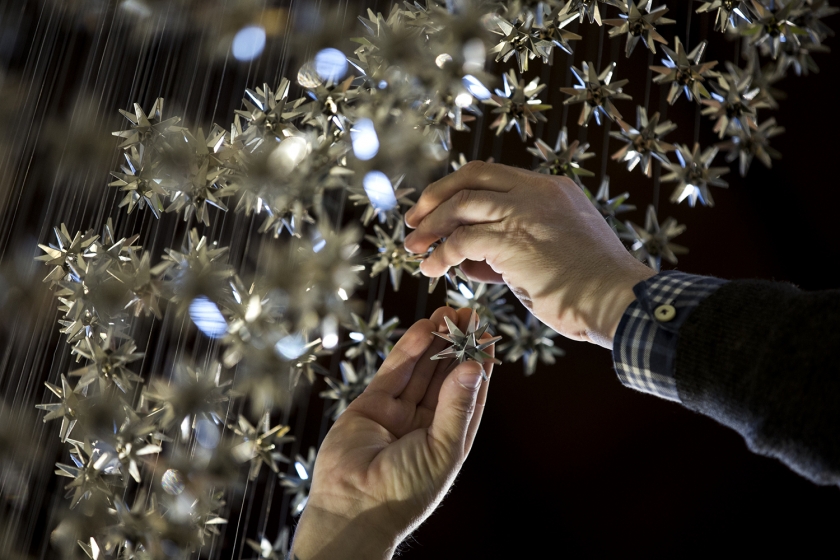 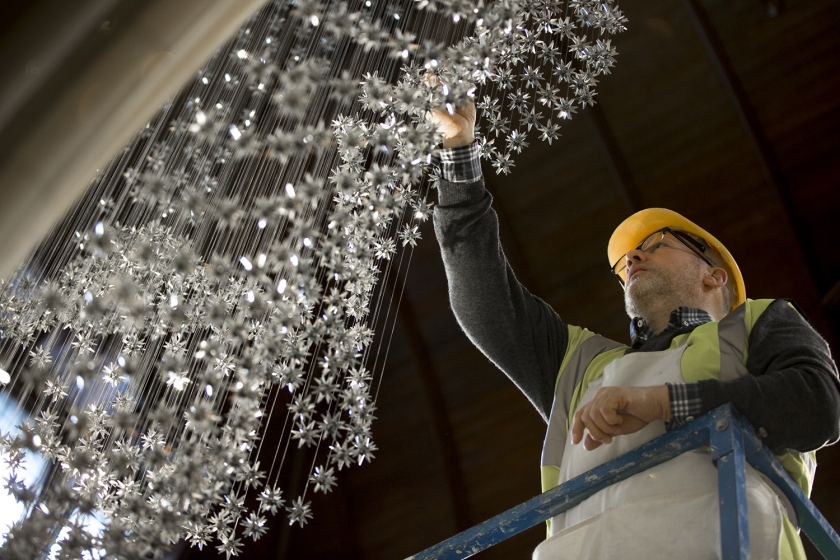 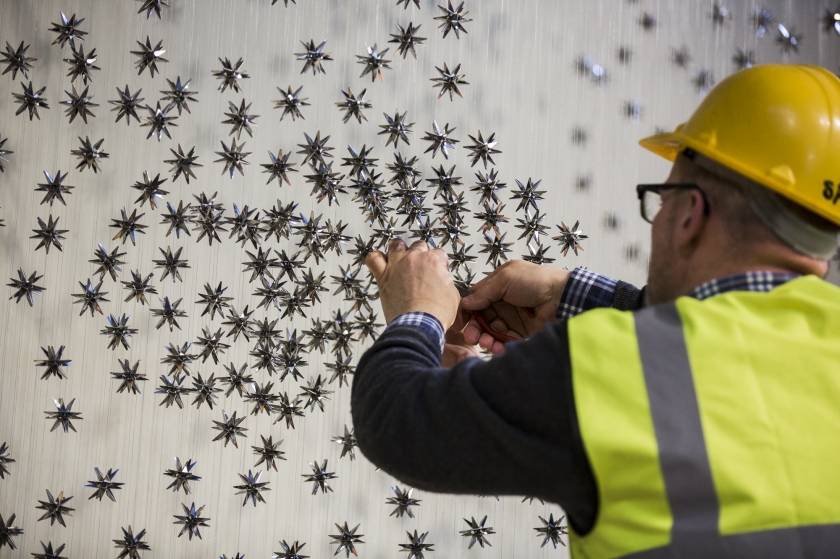 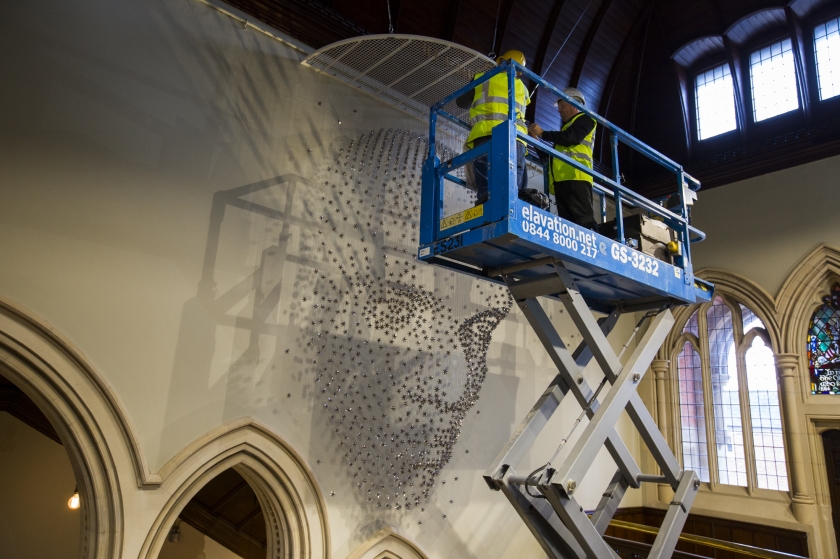 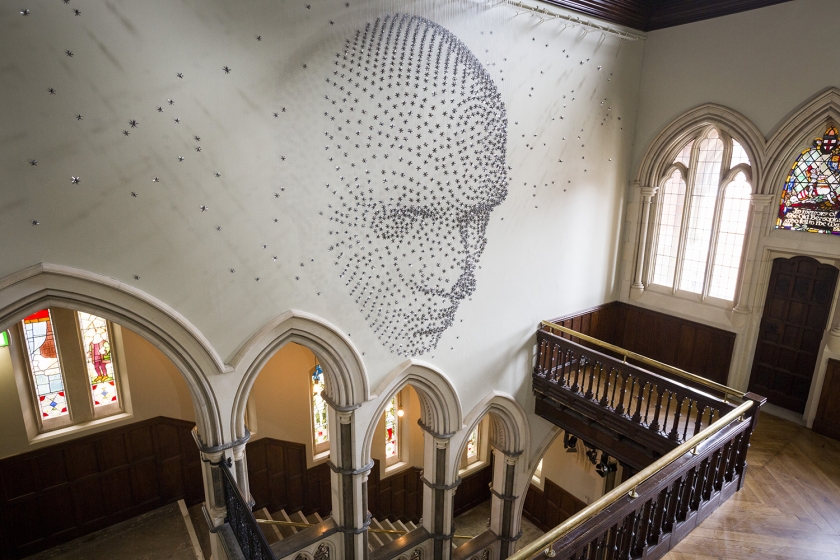 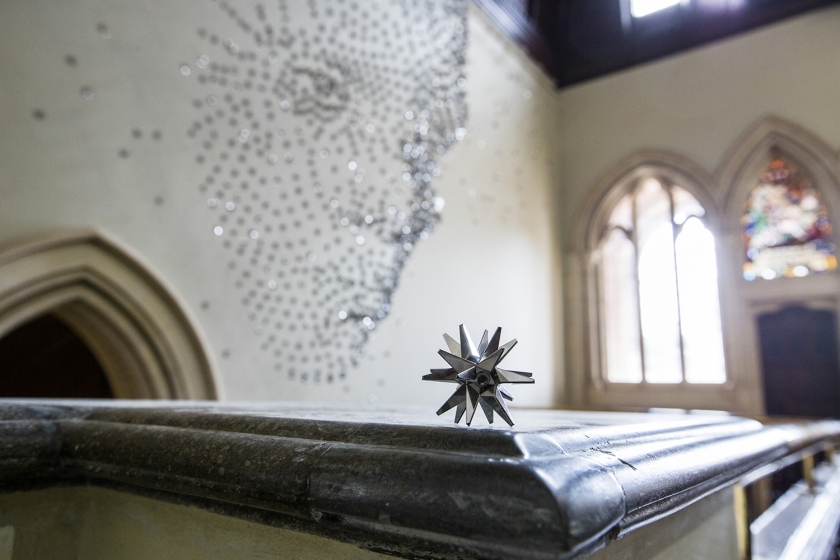 Read more here:: A face made from 2,000 stars celebrates the 400th anniversary of Shakespeare's death