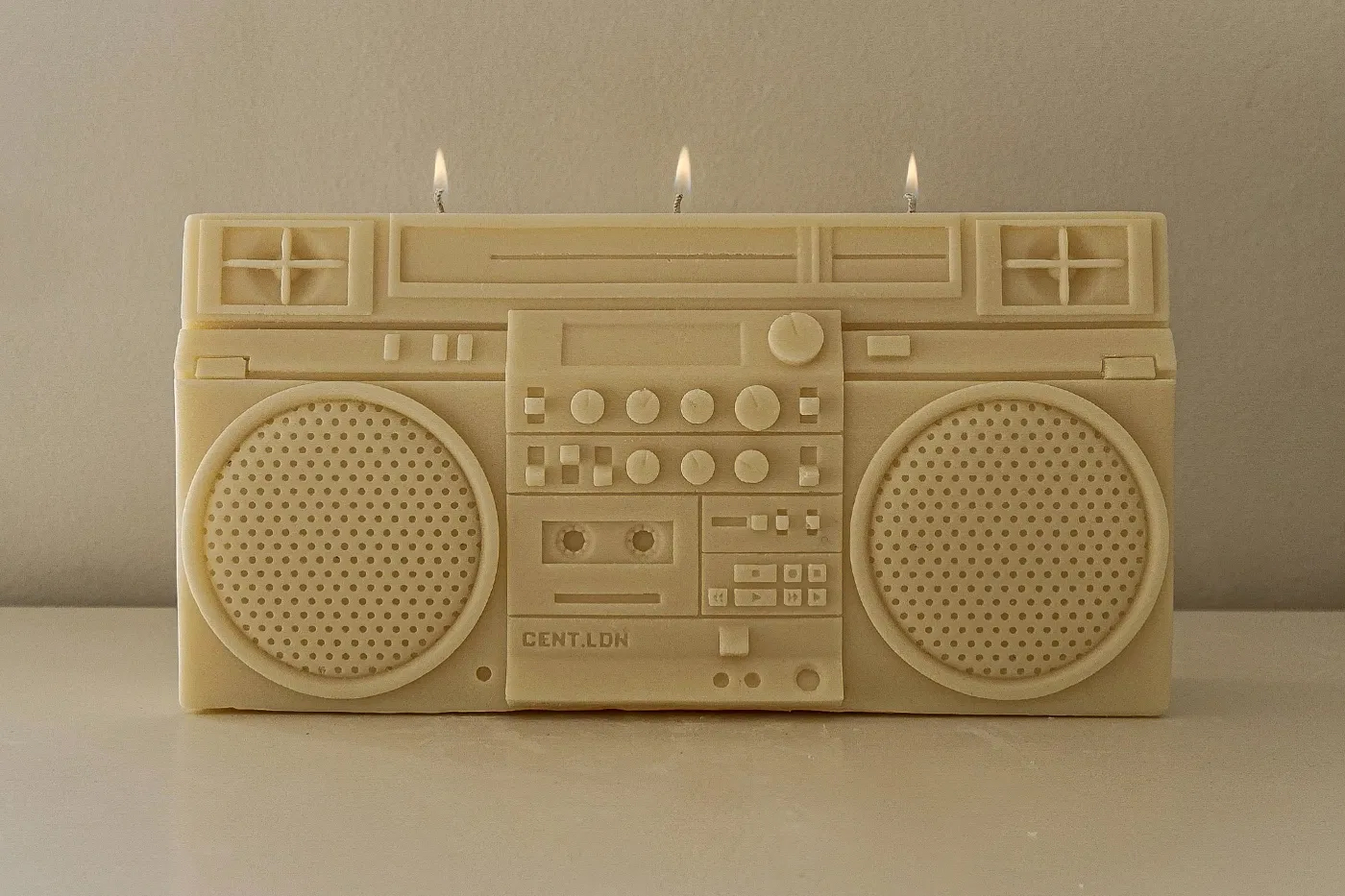 All images via Cent LDN

Turn that Root Down into a meltdown with the first-ever candle replica of the boombox so iconic it’s simply referred to as “The King.” Cent LDN just released a retro design modeled after the legendary JVC RC M90 boombox—you might recognize this iconic device from LL Cool J’s Radio album cover and multiple photoshoots for the Beastie Boys. The hand-poured candle weighs more than four pounds, which is just a fraction of the actual electronic’s 22, burns for 100 hours, and is molded in cream-colored soy wax that’s both biodegradable and vegan.

Pick up one of the hip hop classics in the Cent LDN shop, where you’ll also find a Spalding basketball, and follow the London-based company on Instagram to watch for new releases. (via Plain Magazine)