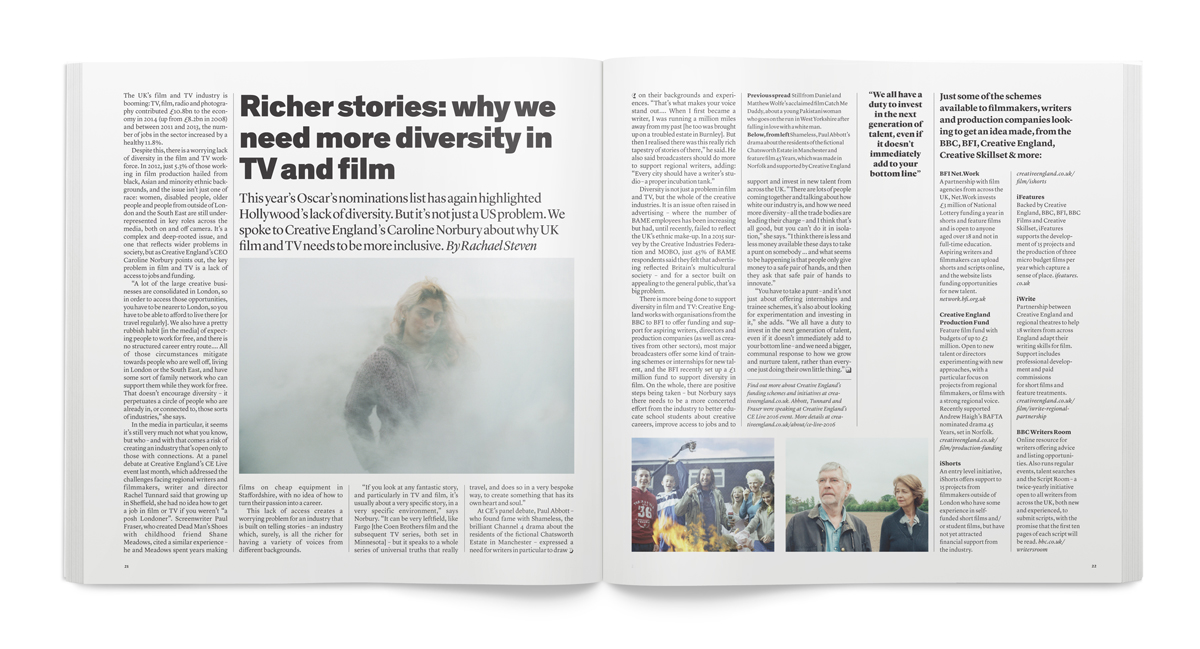 Our cover features an image of the Clavius moonbase landing pad made by designer by Harry Lange during the production of Stanley Kubrick’s 2001: A Space Odyssey. The artwork comes from Christopher Frayling’s new book, The 2001 File, which examines Lange’s extensive archive of work made for the film (see below).

… while Catastrophe’s Sharon Horgan offers advice for budding scriptwriters and talks to Eliza Williams about her own career in writing. 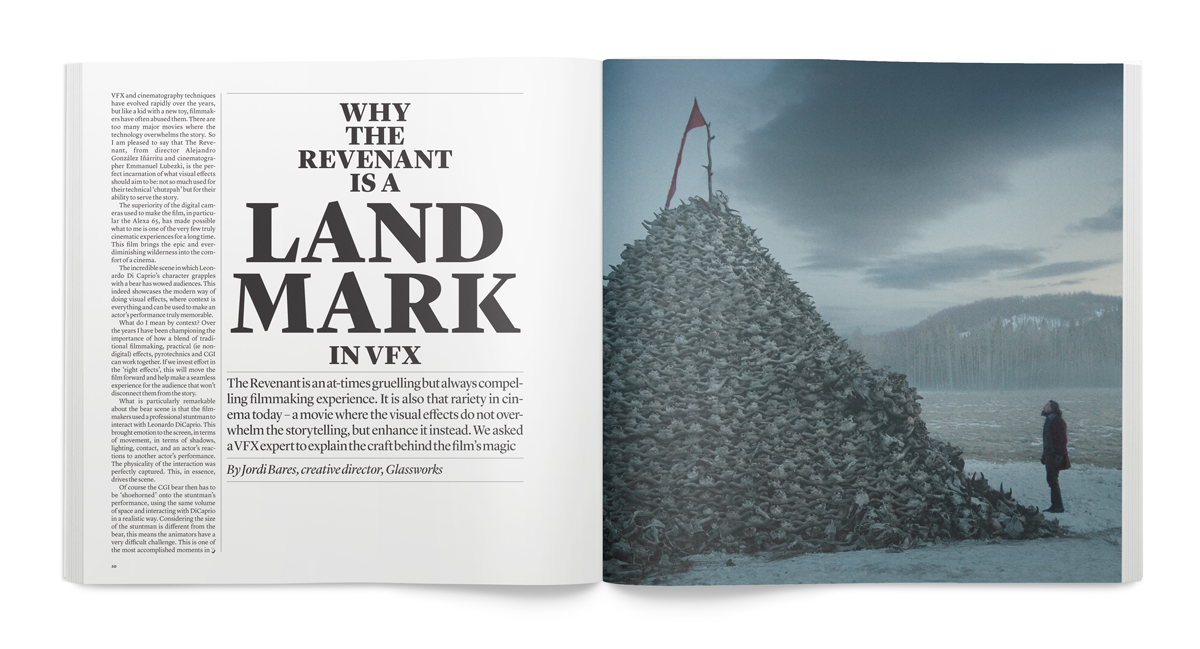 … and Rachael Steven interviews Walter Iuzzolino about Walter Presents, a new channel hosted by Channel 4, which features exciting drama from around the world. 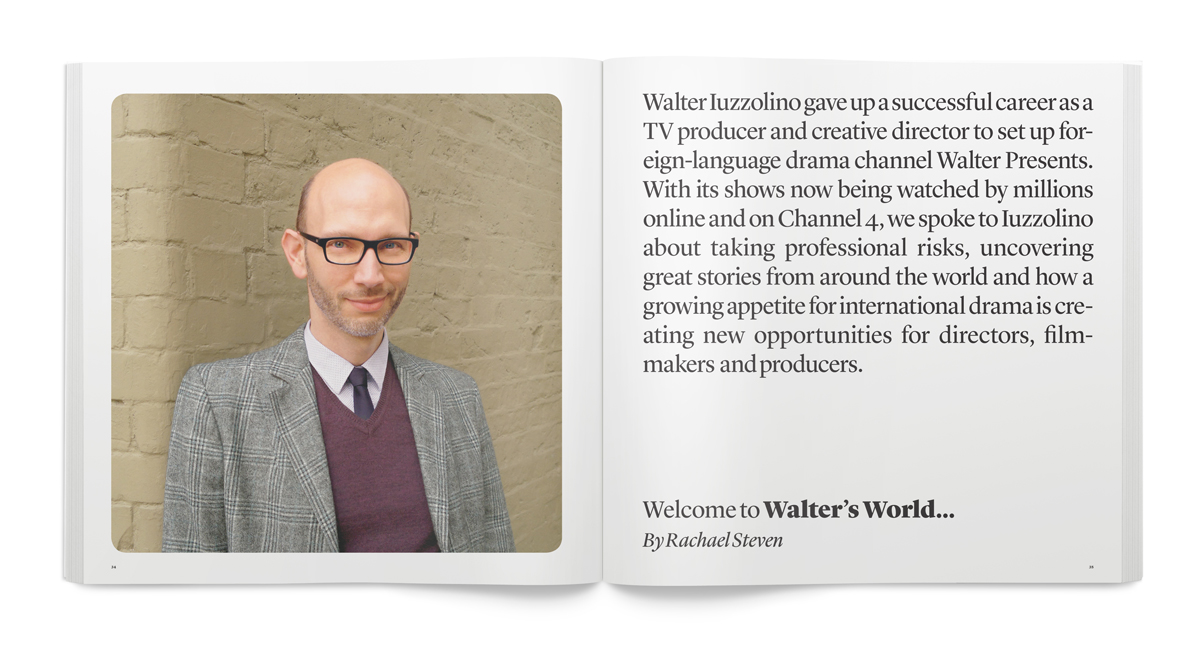 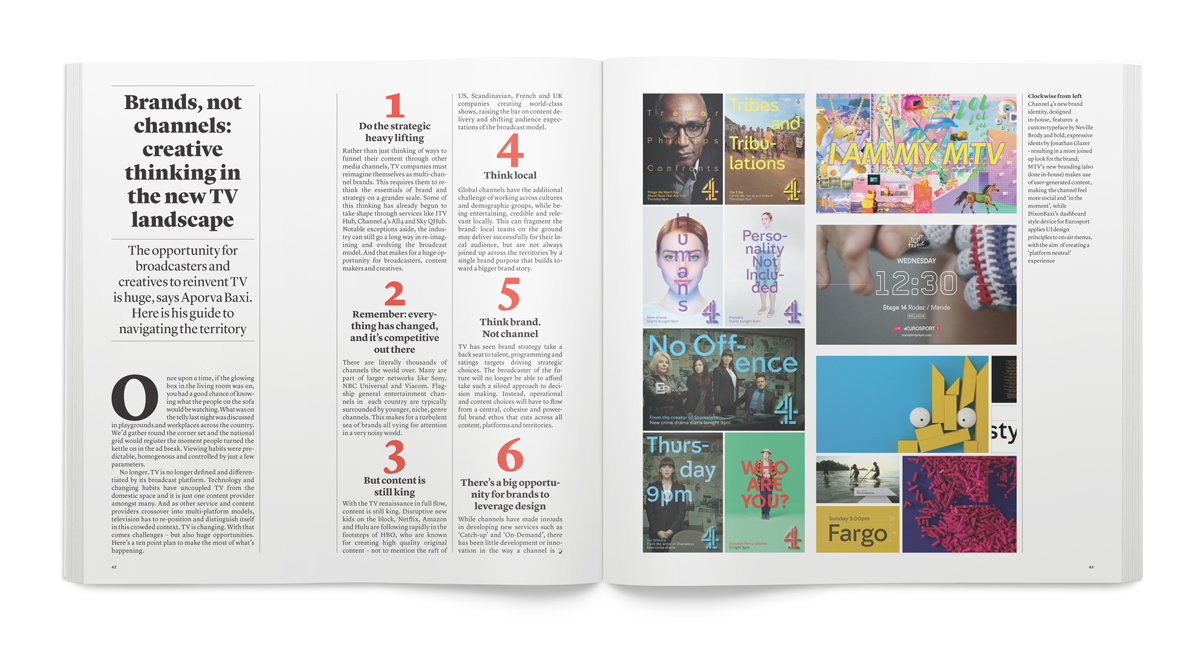 … and Adam Lee Davies explores the evolution of the cinema trailer – from Psycho and Star Wars, to Jurassic Park and Prometheus. 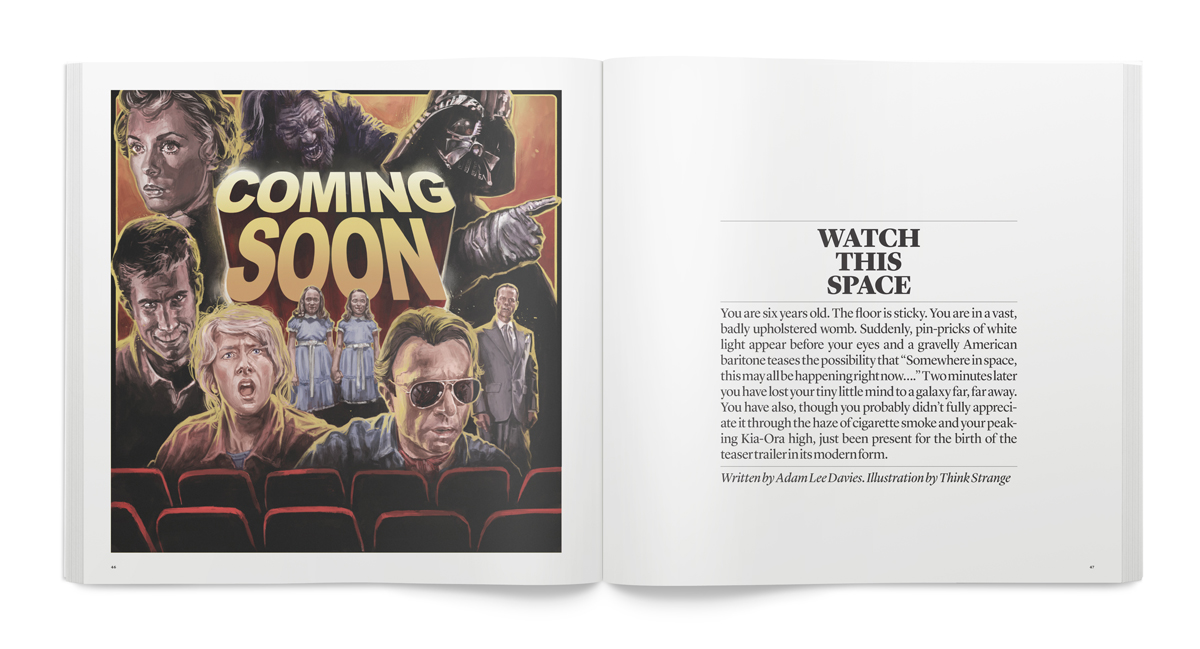 On the publication of The 2001 File (Reel Art Press), Mark Sinclair talks to Christopher Frayling about the work of NASA designer, Harry Lange, and his contribution to 2001: A Space Odyssey – from spaceships to the mysterious monolith. 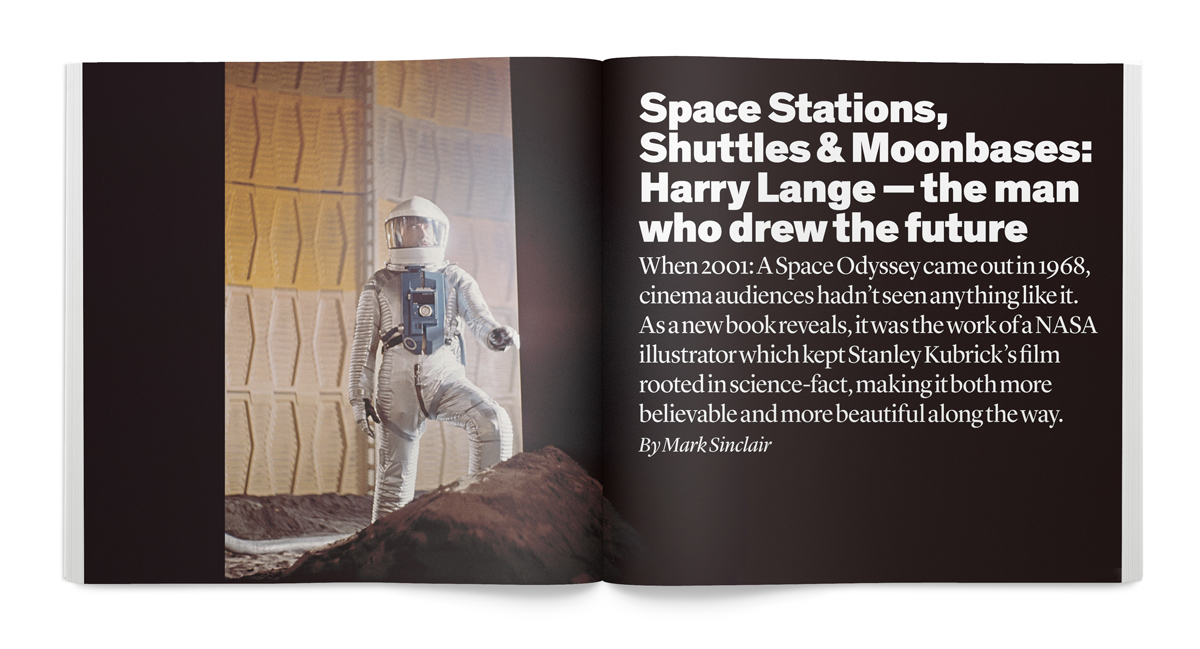 Mark also interviews the graphic artists for Ben Wheatley’s hotly anticipated film, High-Rise, an adaptation of JG Ballard’s 1975 novel – and we feature a selection of the items they created, from packs of cigarettes and record sleeves, to a fully-stocked supermarket. 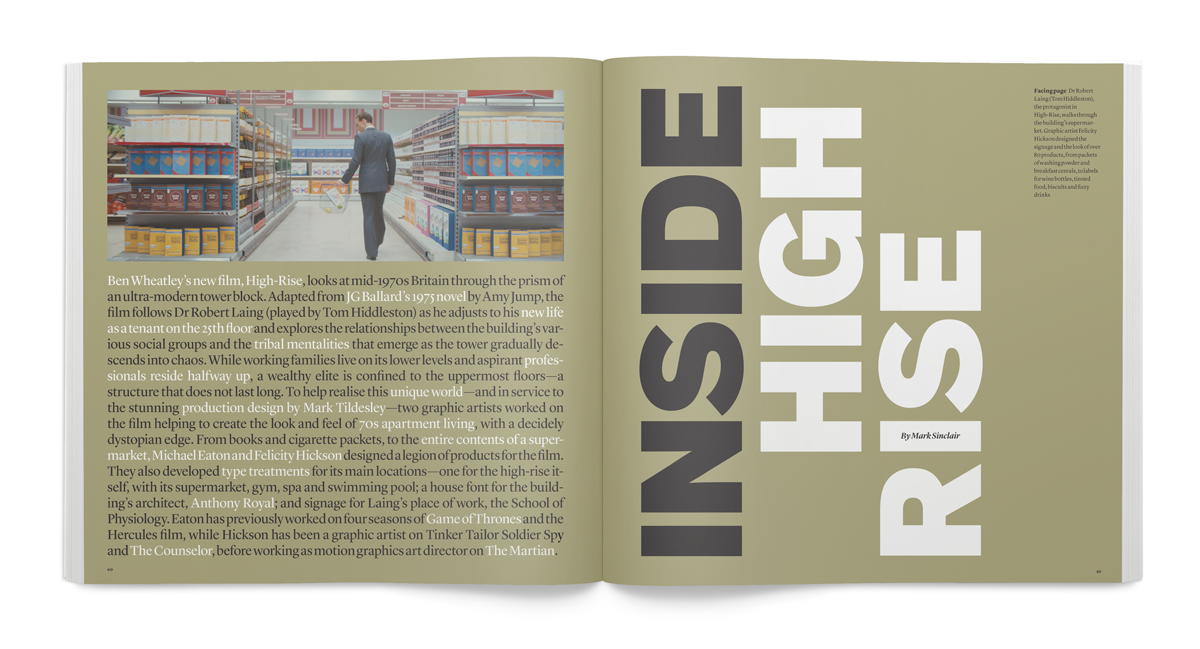 In Crit, Rick Poynor reviews the retrospective of US street photographer Saul Leiter, currently on at The Photographers’ Gallery in London, while Paul Belford revisits a striking Commes des Garçons ad from 2010 and expounds on the benefits of a strong partnership between client and creative. 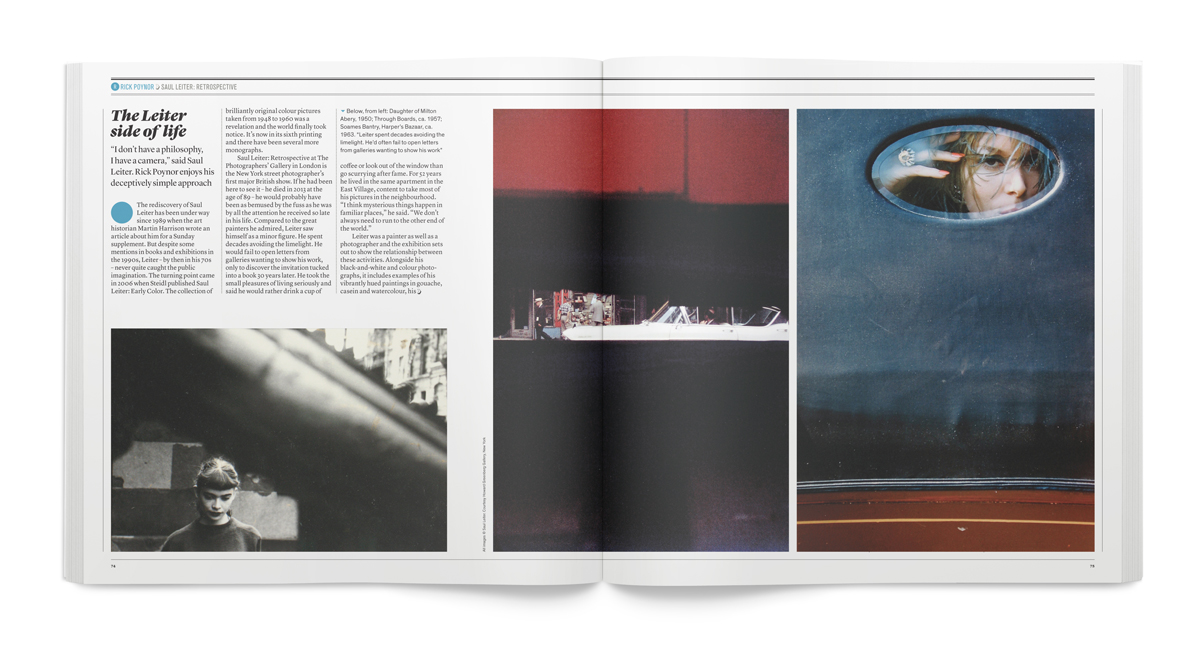 Buy this issue or, better yet, subscribe to CR here