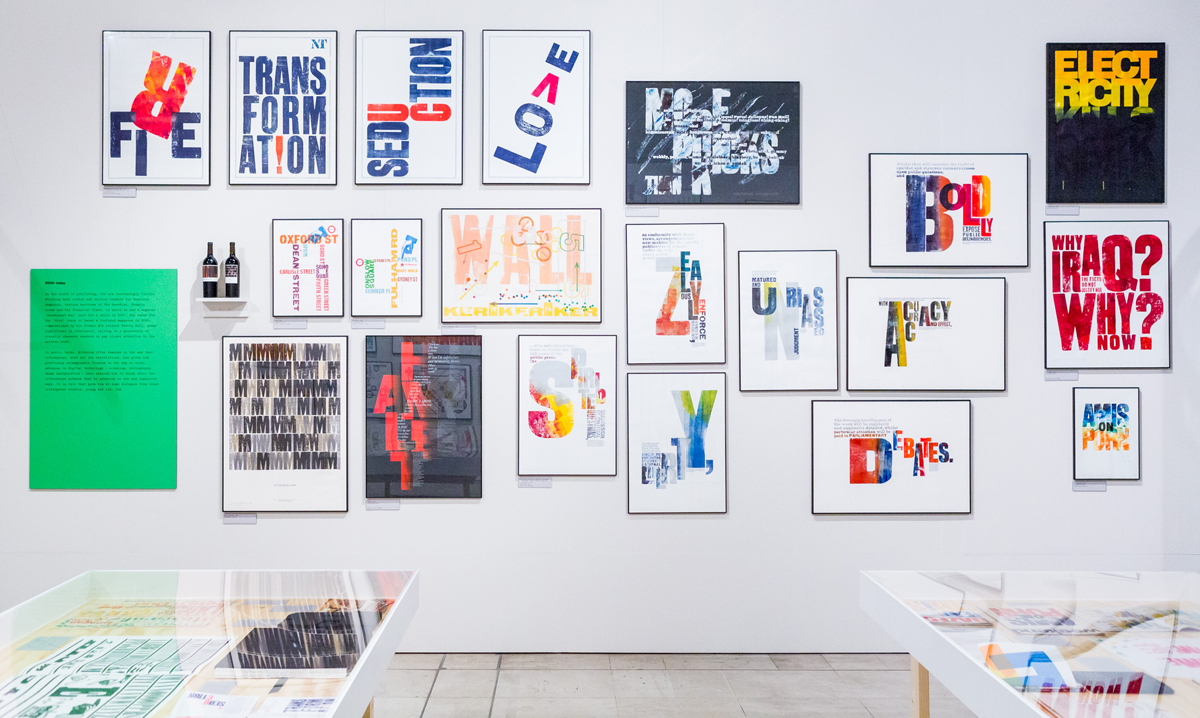 In addition to displaying a wide range of Kitching’s printed work in a single room, the show also brings his working method into focus and examines the process behind it – through proofs, roughs and sketches.

His portrait, a distinctive photograph by David Burton, overlooks the proceedings in the main room and keeps an eye on his beloved press, which has also been shipped in for the occasion.

Curators and designers Studio Chehade have done an excellent job in the Somerset House space – and with wall texts taken from John L Walters’ new monograph detailing various aspects of Kitching’s life and work, visitors will feel that they get to know a little of the man behind the art.

Opening with an insight into his first apprenticeship at a local jobbing printers – setting type for catalogues, dance tickets and pantomime posters when he was just 15 – Walters takes us through Kitching’s work in the 1960s right through to the present day.

Following his apprenticeship, Kitching started work as a technician in the printing department at Watford College of Technology and learned a host of techniques while using its new equipment.

It was here, Walters explains, that Kitching also worked on his Typography Manual, a document made partly in response to Anthony Froshaug’s Typographic Norms (Froshaug had arrived at the college’s School of Art in 1964) – and from 1968 Kitching himself taught at the institution. 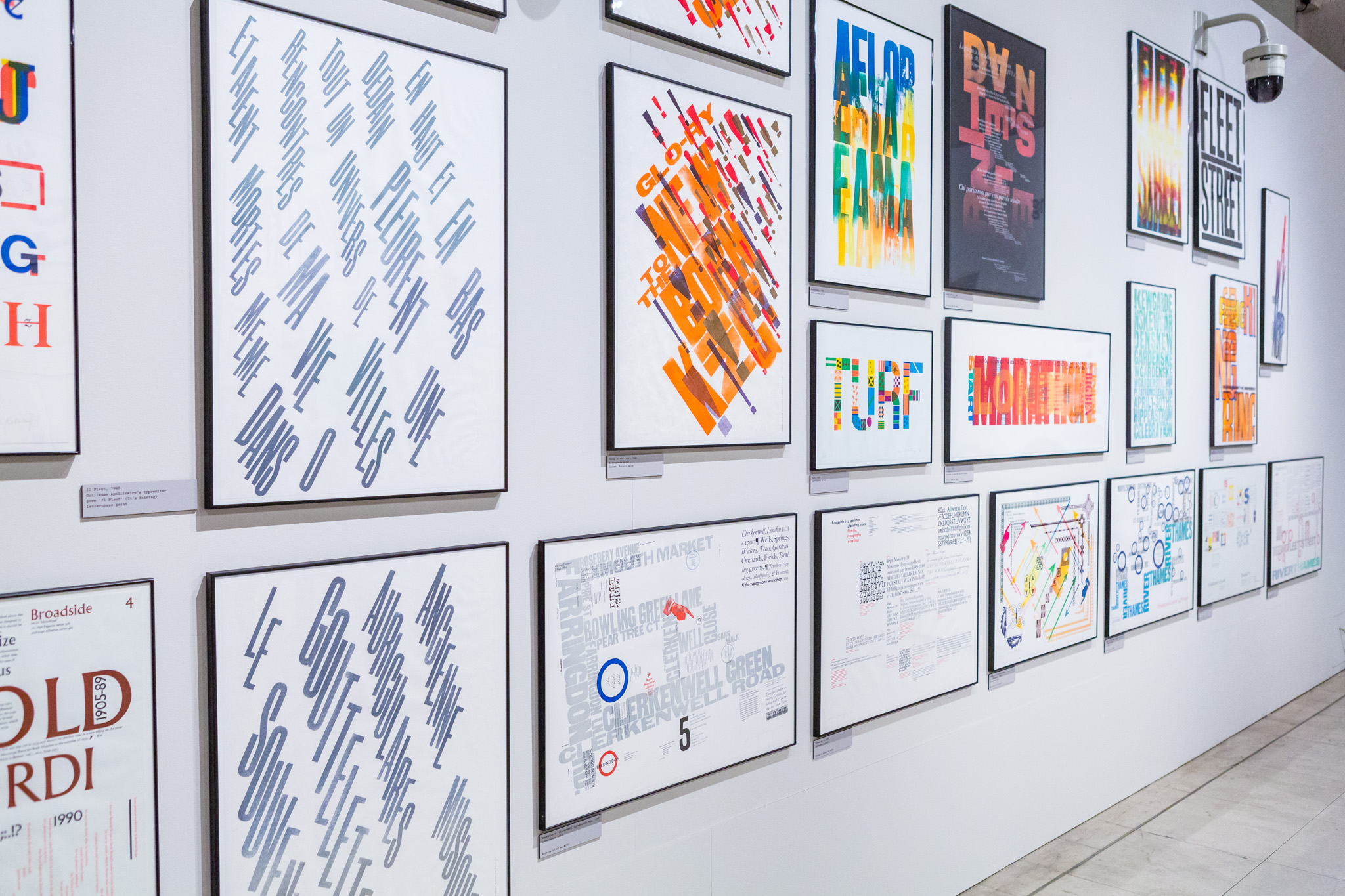 Consolidating his career into that of a practicing graphic designer in the 1970s, by the end of the decade, Kitching was a partner at Derek Birdsall’s Omnific studio, reinventing the company in 1976 with Birdsall and Martin Lee as Omnific Studio Partnership.

By 1988, however, Kitching had decided that he wanted to leave the studio environment to embark on an artistic direction which would take him back to his roots – and he would take the printing press with him. 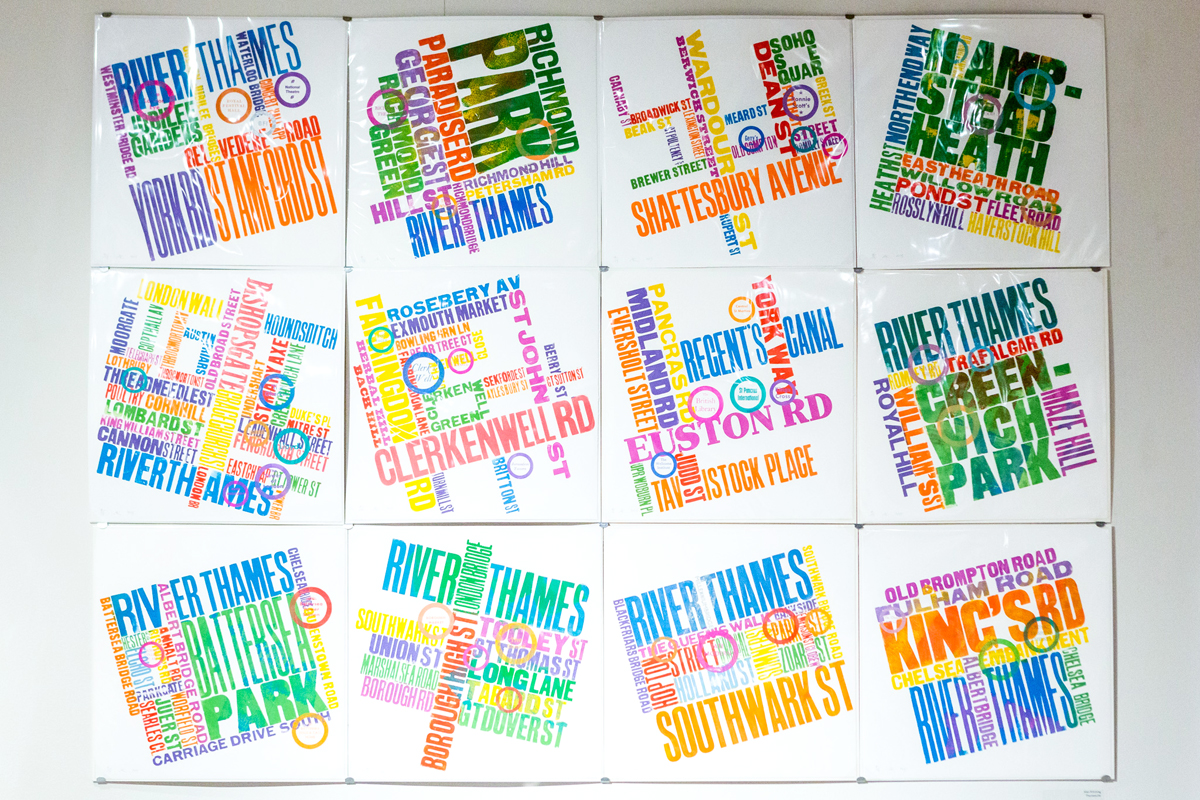 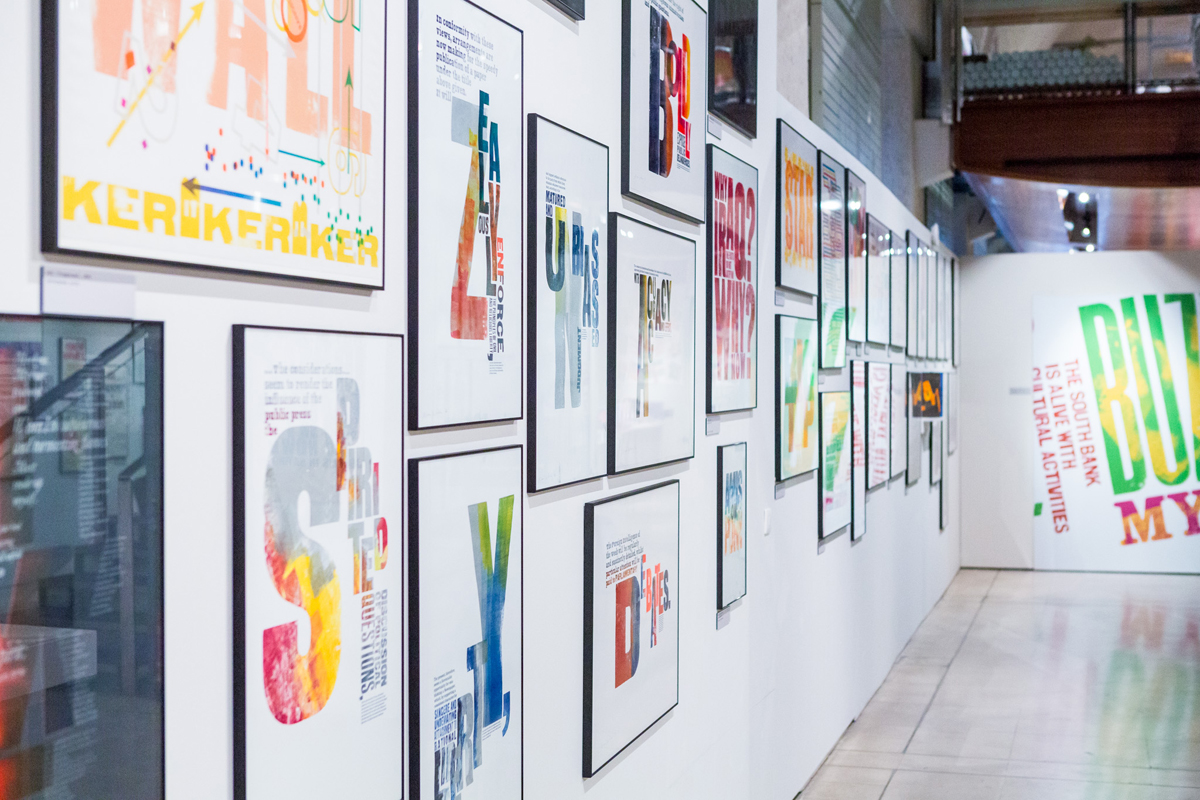 It was at this time that he became a visiting tutor in typography at the Royal College of Art and encountered many students who would themselves go on to have an impact on graphic design in the UK, Jonathan Barnbrook, Anthony Burrill, Graphic Thought Facility, A2/SW/HK and Åbäke included.

As Walters’ notes of Kitching’s post-Omnific development into the 1990s, his “new body of work spoke in a different tone of voice. Whereas his earlier pieces had, with a few exceptions, spoken softly – with the austere typographic clarity he had absorbed from mentors such as Froshaug and Birdsall – the new work was loud and clear, expressive and even strident where appropriate. Since then his work has nearly always had an instantly recognisable design signature”.

In 1994, Kitching met the designer and teacher Celia Stothard and, a few years later, the couple purchased a vast archive of wood type owned by a G&M Organ Theatrical Printers (a firm that had been founded in 1928 in Wrington in Somerset). The pair cleaned and catalogued the treasures, before taking it to their Kennington-based studio, The Typography Workshop.

Despite his deep connection to metal and wood type, Kitching has cleverly managed how his work encounters the curent digital landscape – effectively enabling him, as Walters’ says, “to think about the letterpress artwork that he produces in new and ingenious ways”.

A Life in Letterpress is surely going to be one of the design exhibitions of the year and, fortunately, if you don’t manage to see it in the capital, it will be moving on to Snape in Suffolk in June and Glasgow in November. In Somerset House, Kitching comes through “loud and clear” and it’s a pleasure to spend some time listening to his unique voice. 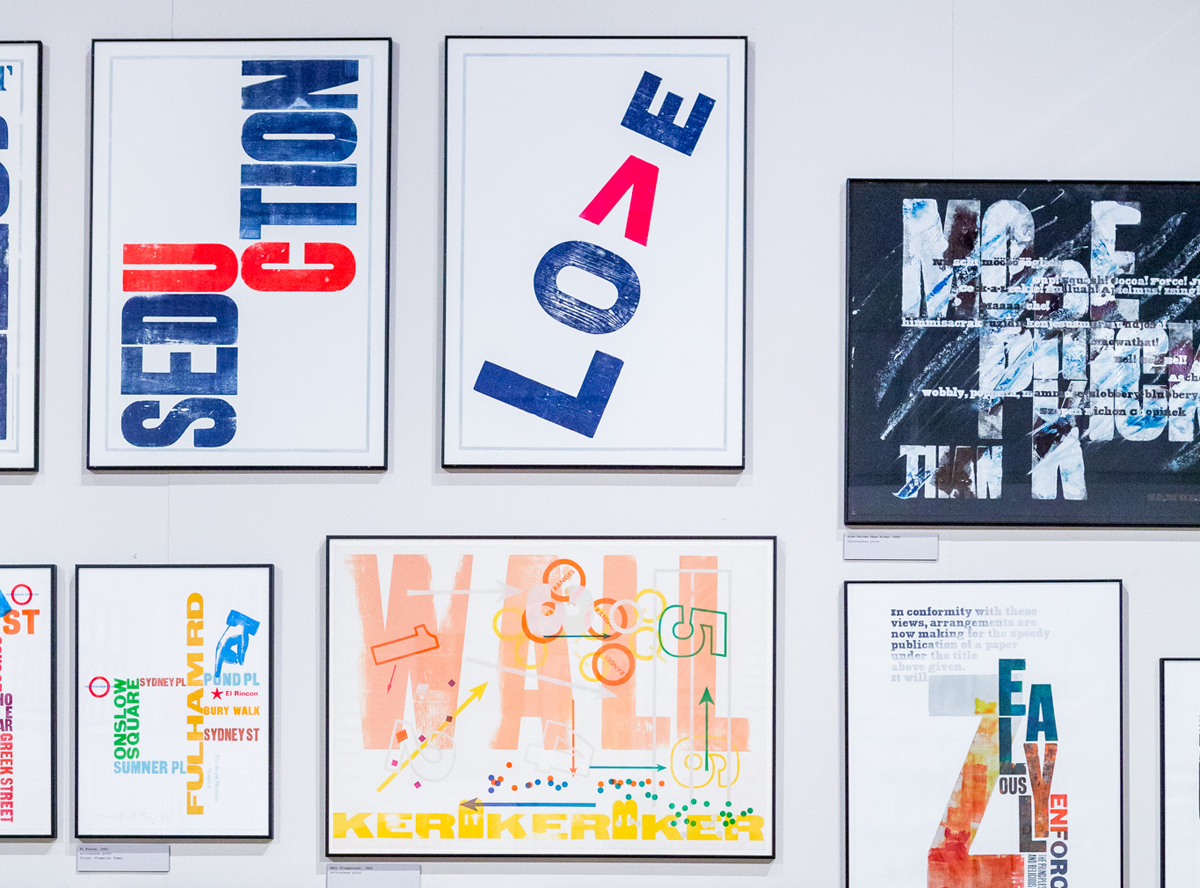 Alan Kitching: A Life in Letterpress is at Pick me Up at Somerset House in London until May 2. If you can’t make it along to Pick Me Up, the show will also be exhibited at the following places: June 3 – August 20 2016 at The Lettering Arts Centre, Snape, Suffolk; November 1 2016 – February 26 2017 at The Lighthouse, Glasgow. John L Walters’ monograph on Kitching is published by Laurence King and available in a Special Edition (£75) and also a Collector’s Edition (£200)