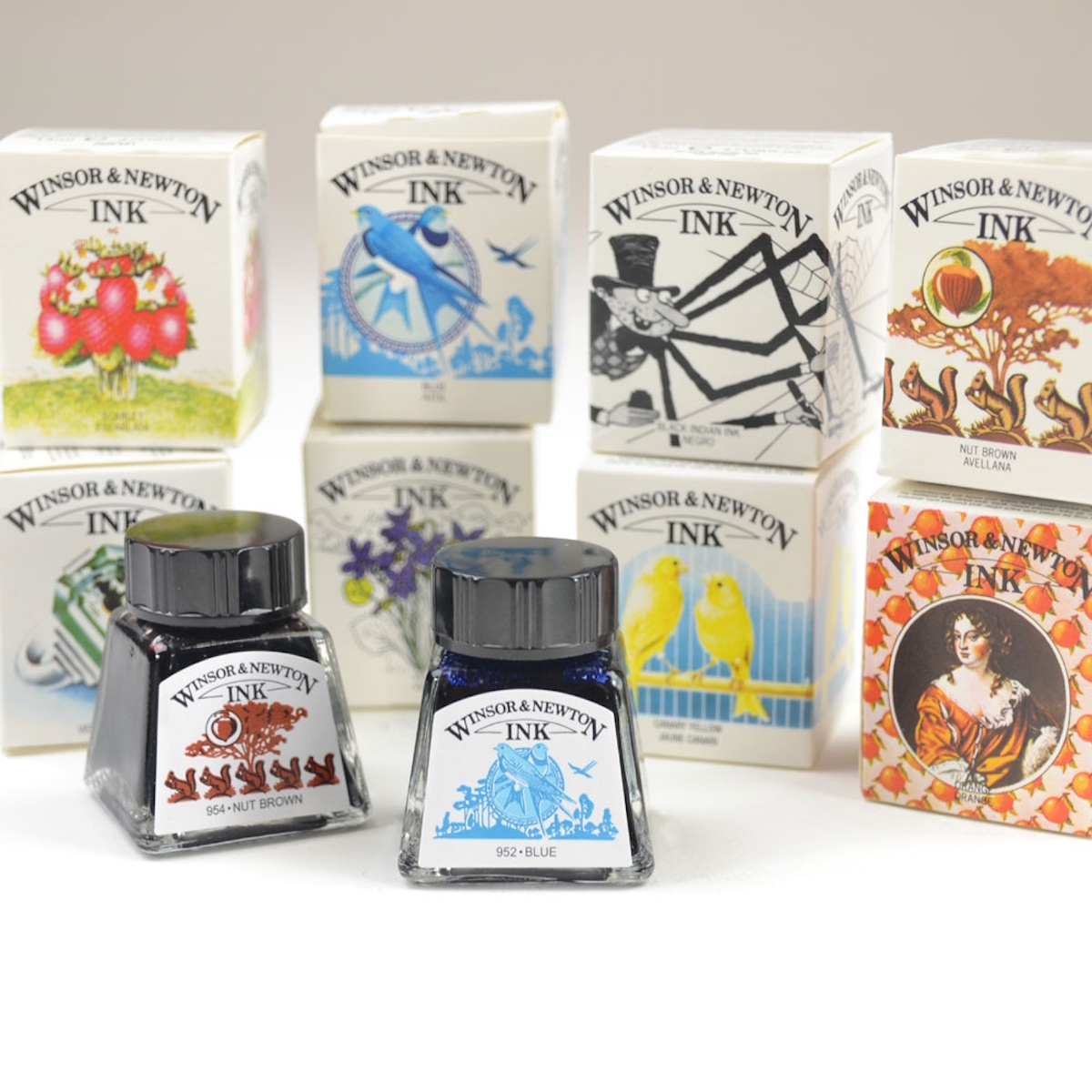 Collaboration has long been used as a way to elevate the quality of design execution. Using the talent of an illustrator, photographer, or typographer when the design concept has been established can, in theory, take design from good to outstanding. In some cases this works beautifully – not only is the execution enhanced, but the creative thought itself becomes clearer. But sometimes the effect of the collaboration falls flat and the work can simply come across as style over substance. At worst, it just looks like you’re jumping on the bandwagon of whoever has an aesthetic that happens to be en vogue.

If you take a look at the D&AD archives from 1973 you’ll discover such delights as Winsor & Newton Inks, designed by Michael Peters and winner of a prestigious yellow pencil. To create the work Peters engaged with a range of illustrators and artists (some of whom were particularly famous at the time) to bring to life the individual personalities of the different ink colours.

What better way to design a product that is itself created to appeal to the creative mind? The beautifully illustrated spider that was used for the black ink will forever be engrained in my mind. Tellingly, these packs are still available to buy today and they do not feel particularly dated. They’ve stood the test of time because they are a great idea, beautifully crafted. The collaboration simply becomes part of the concept. The completed pack does not rely on revealing the name of the artists in order for the design to have a perceived value. It does not shout: “Buy me, I’m cool because a famous illustrator drew me.” The effect is far more enduring and subtle than that – hence the yellow pencil.

Another example from the archives that lives long in the mind is Carter Wong’s work for Howies, which was also honoured by D&AD, in 2003.

In 2003, Carter Wong teamed up with 13 artists and illustrators to customise a range of abandoned wardrobes for clothing label Howies

Described as an ethically active clothing company, Howies were encouraged by Carter Wong to explore the world of sustainability from the street up. Referencing discarded furniture used as ramps by bikers and skateboarders, the wardrobes were given to thirteen artists to use as a blank canvas to illustrate an individual Howies’ philosophy. The resulting work was used as one of a kind POS material and allowed the brand to benefit from an awful lot of free PR, all of which helped to position Howies as a brand that makes a big impact in a low impact way. The work ingeniously referenced the lifestyle that the target Howies customer aspires to whilst imbuing the brand with a ridiculously cool sense of creative style.

I’m not as convinced that some contemporary examples of design collaborations will turn out to be as enduring as these. It all depends on the determination of a brand team to stand by their convictions. The collaboration that IBM did with graphic designer and illustrator Noma Bar in 2012 is an interesting example. 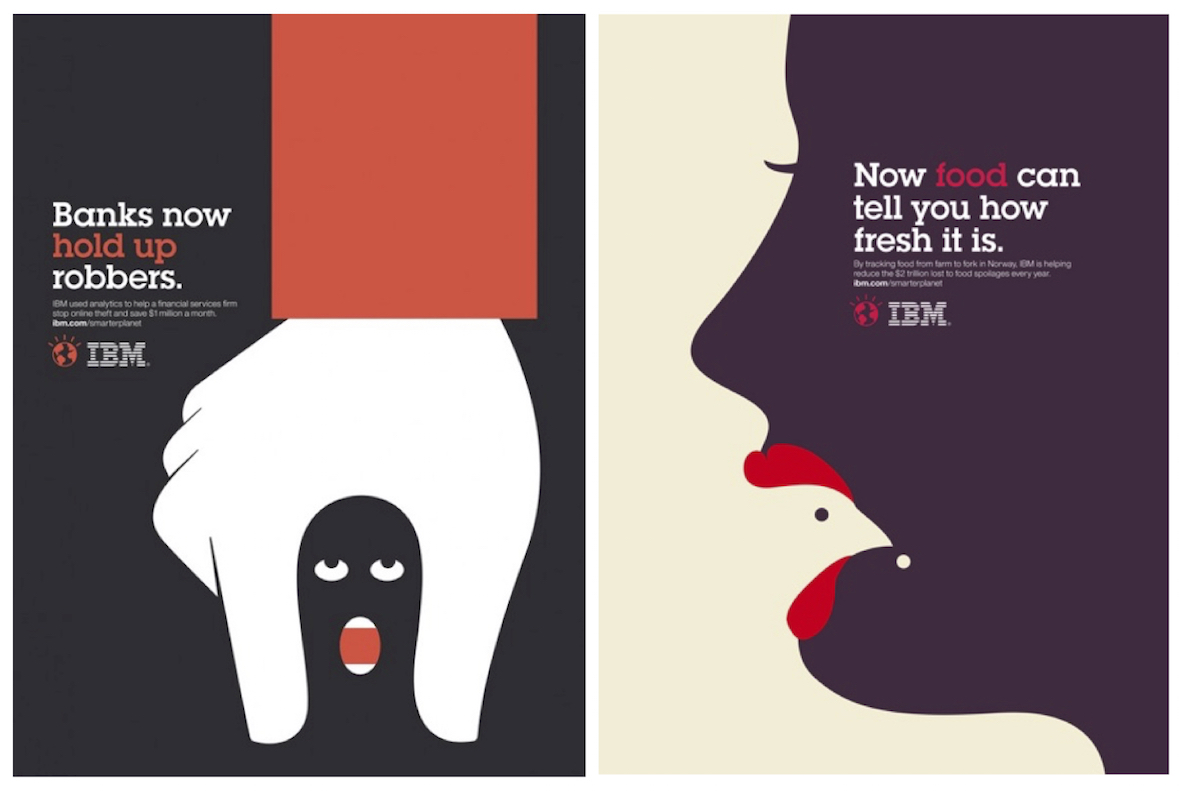 The work creates an interesting connection to the IBM brand purpose; “People for a smarter planet”, since Noma’s style is synonymous with an intelligent wit. His work embraces those ‘smile in the mind’ moments where a connection is made between two thoughts, and so the theory here seems smart enough. Time will tell if this collaboration is strong enough to endure, or if it was a case of a brand jumping on the bandwagon of an illustrator whose style was popular at a particular point in time.

The Limited edition that Chivas Regal did with the fashion designer Christian Lacroix in 2011 is a truly forgettable example of a shallow approach to collaboration. I simply fail to understand the connection between the two brands, and so the design ends up feeling like a pointless exercise in name-slapping. 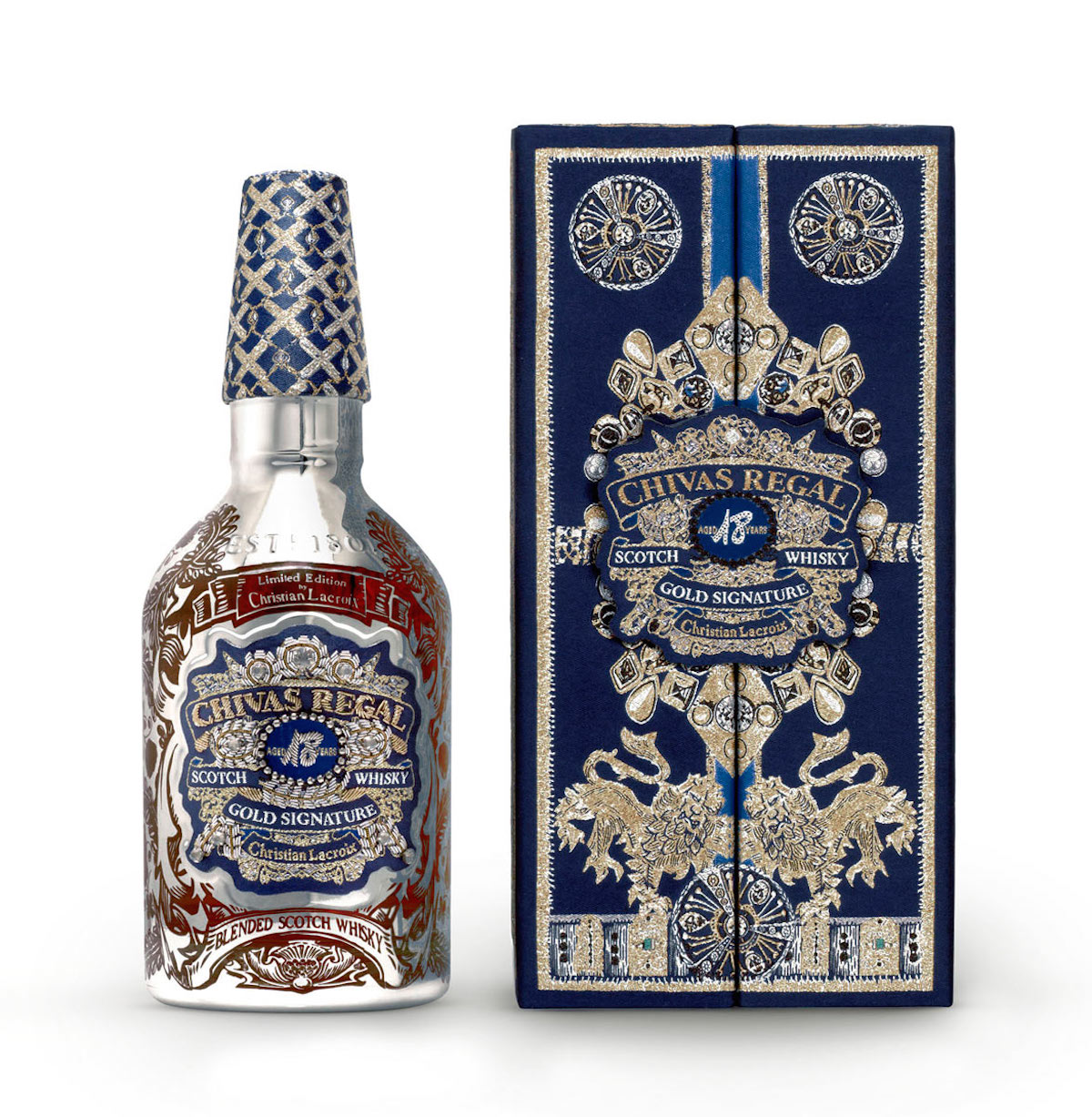 So, how are design studios aiming to use collaborations in a genuinely enduring way today? JKR in NYC recently worked with Malika Favre to create their work for the Budweiser summer edition. 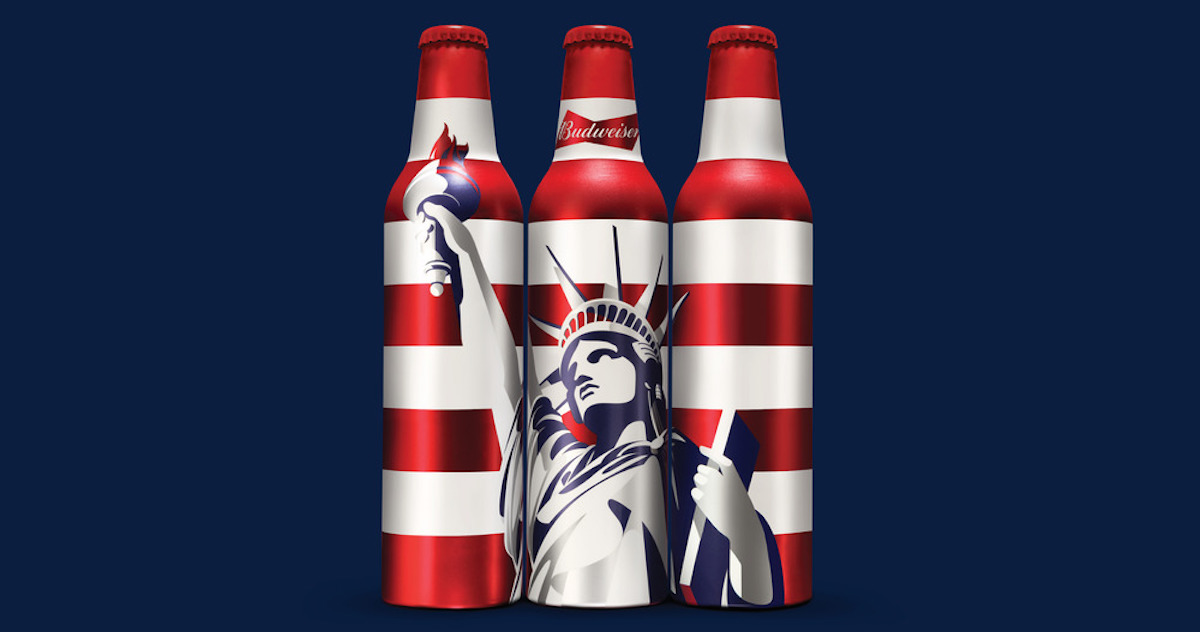 Malika’s work is undeniably cool. I’m sure many designers have been clamouring to work with her in recent years (as I have, since I saw her work in a Shoreditch exhibition a few years ago). Here, there is a connection between the visual style of the illustrator and the powerful graphic elements of the brand iconography. But it’s not simply the style of Malika’s skilled illustration that elevates this design from what could have been a tourist shop level of execution to being a beauty to behold. Budweiser was founded in 1876, the same year that Lady Liberty came to New York as a gift from France. Malika, being French, ties in Perfectly and the magic of this design comes from the depth of this connection. This may be a limited edition, but I would not be at all surprised if JKR’s client wants to run it again next year. Timelessness of concept can remain the aim of the designer for even the most seasonal of briefs or the most short-term gains.

The Partners are another agency who are no strangers to this collaborative way of working. Their work for the Connaught is a stunning example. To continue the iconic London hotel’s heritage as a patron of the arts, they commissioned artist Kristjana S Williams to create a unique artwork to capture some of the most iconic moments of the hotel’s life. 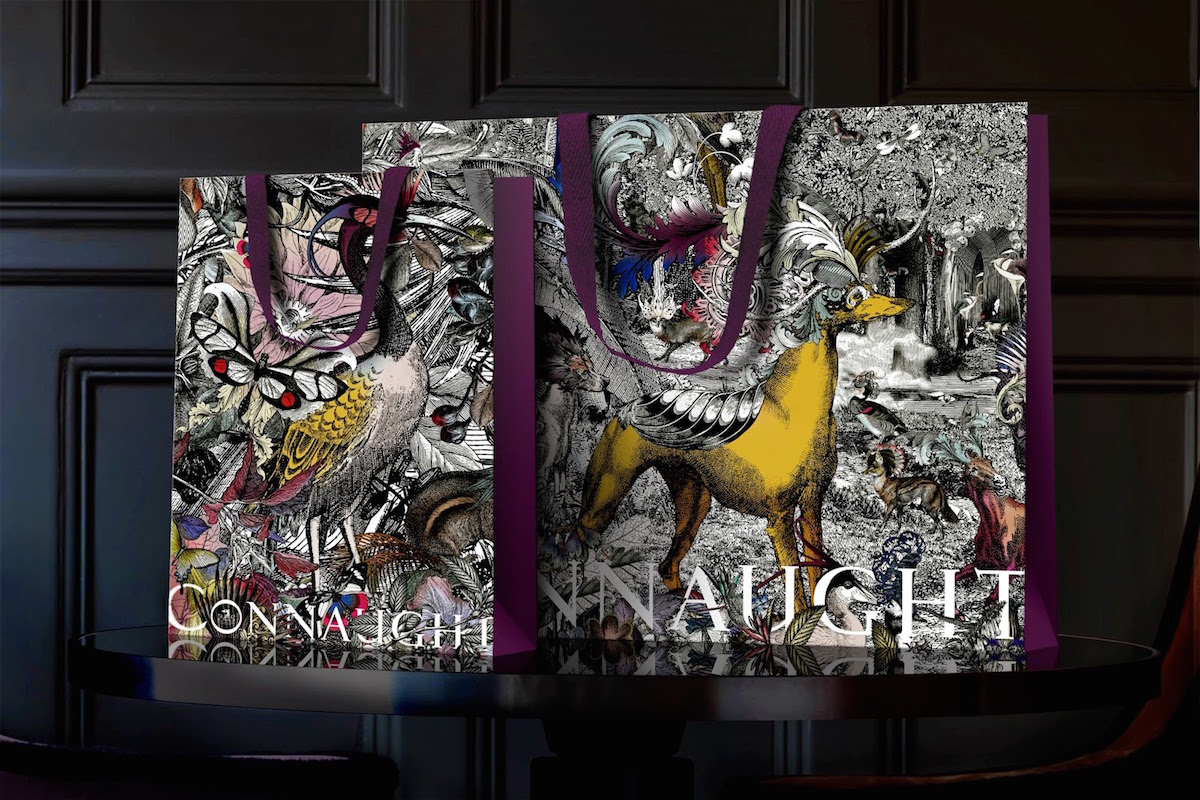 The original collage was 2.5m x 2m wide and it became the basis for a full range of collateral for the new design – from packaging to stationery. The illustration work here becomes the brand identity itself; the logo can’t live independently of the illustration and vice versa. Surely this design system will endure for as long as The Connaught’s brand values remain the same. 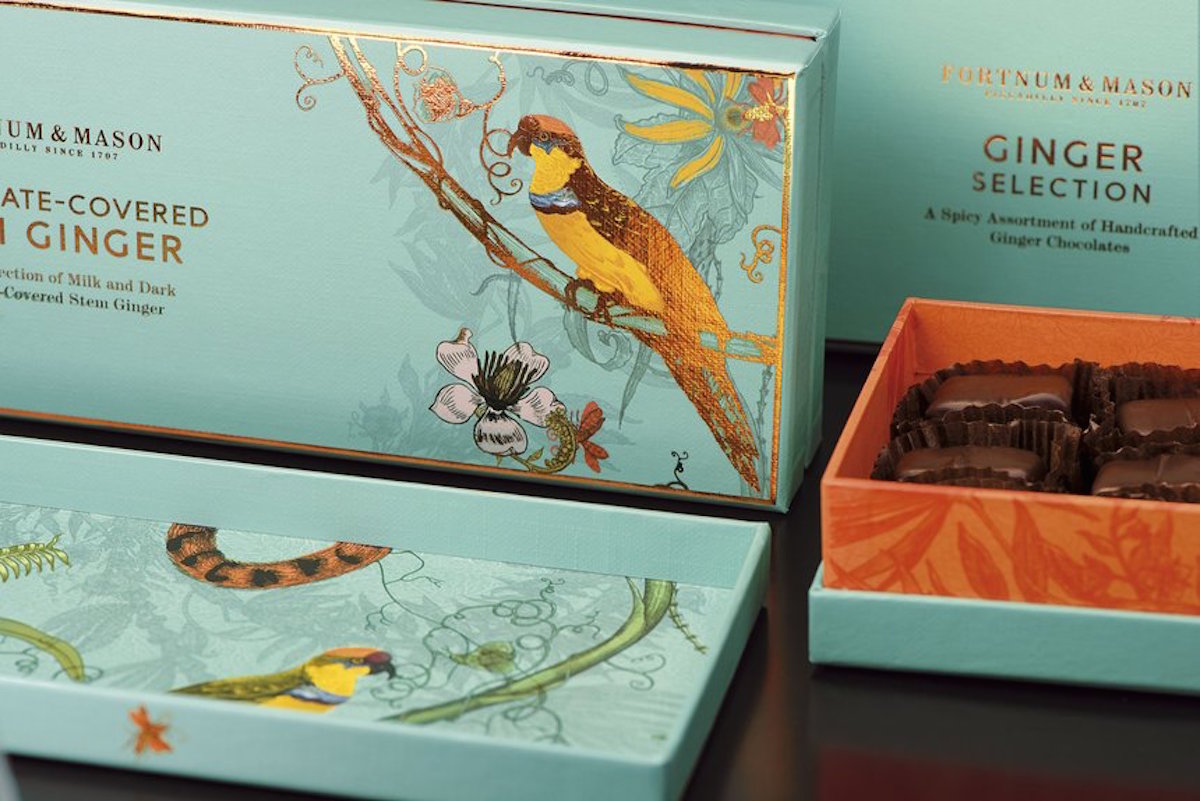 Fortnum and Mason packaging by Design Bridge with Timorous Beasties

At Design Bridge, we aspire to connect to external partners to create an inextricable connection to a brand truth. Last year, we were lucky enough to be acknowledged by several of the industry awards, including The Creative Review Annual and D&AD for our work on Fortnum & Mason’s Handmade English Chocolates.

This work was a collaboration with Timorous Beasties, who beautifully illustrated every detail of the packs. The style of the illustration not only harked back to a classic period, highly appropriate for the heritage of the iconic store, but also referenced creatures that are found in the English garden and connected to the ingredients in the chocolates. It’s this deeper connection to a brand truth that makes the collaboration work, and hopefully makes the design as unalterable as Michael Peters’ work for Winsor and Newton. 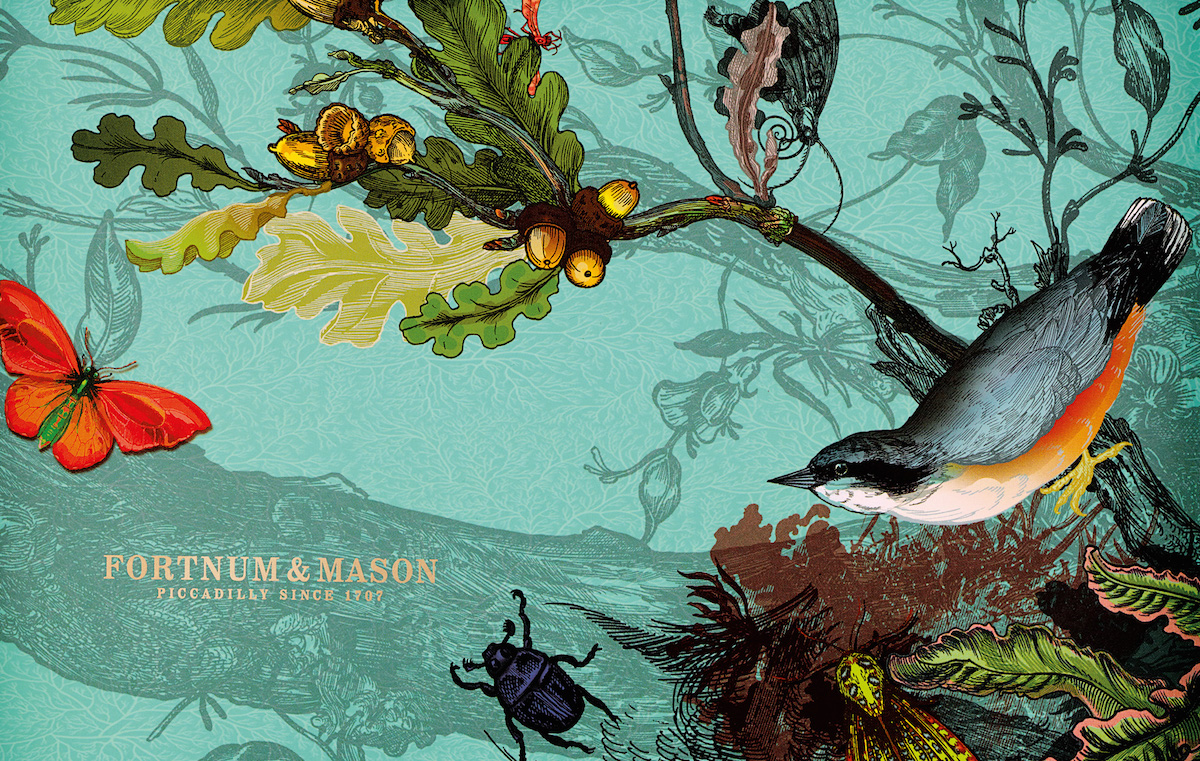 Fortnum and Mason packaging by Design Bridge with Timorous Beasties

Another very different example of collaboration comes in the form of Booth’s Gin, a brand we redesigned for Diageo last year. 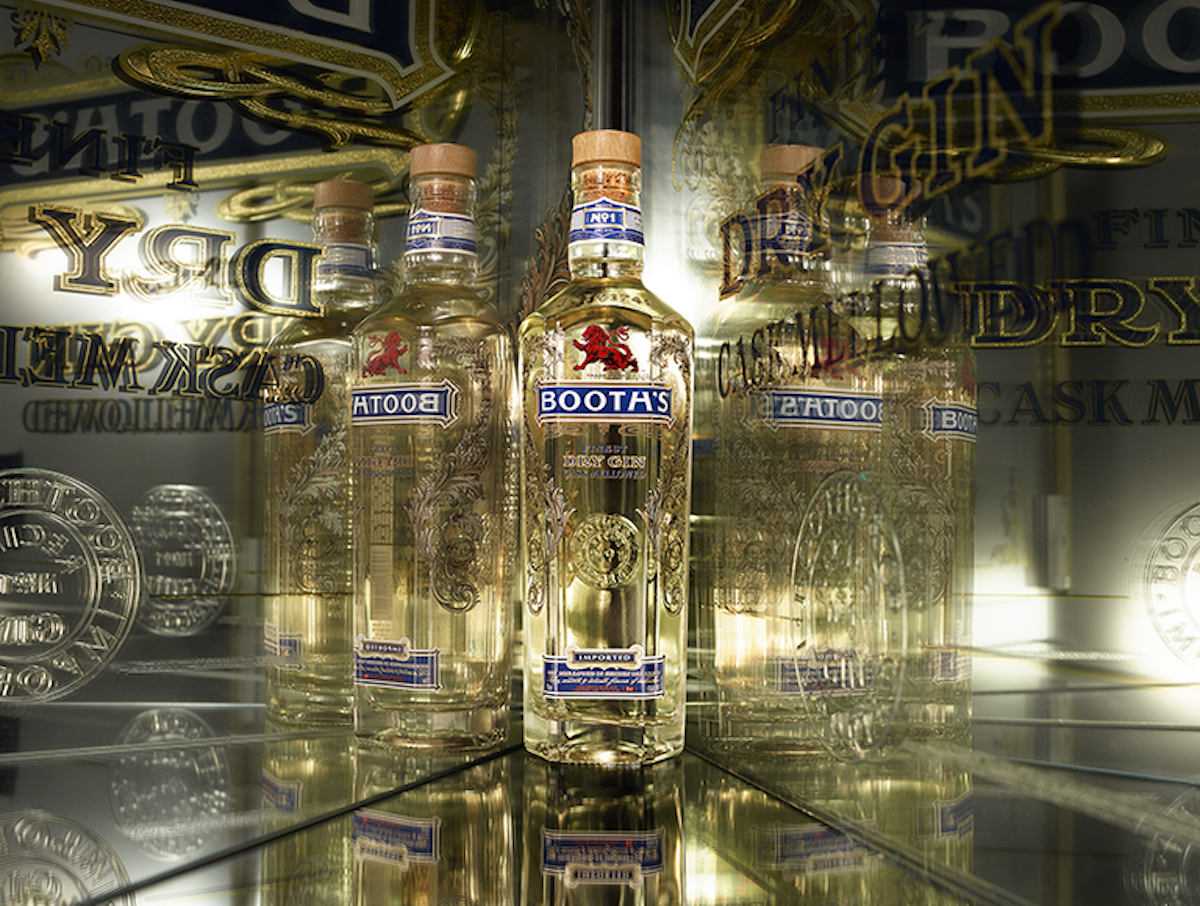 Established in 1740, we discovered that Booth’s had witnessed both the rise of the Victorian Gin palaces of London and the glory of the golden age of cocktails, having been favoured by the head bartender at London’s famed hotels, the Savoy and the Dorchester in the 1930’s. It was this era’s distinctive hexagonal bottle and the heavily etched glass seen in the Victorian gin palaces of London that influenced the decision to work with the ornamental glass artist David A Smith. 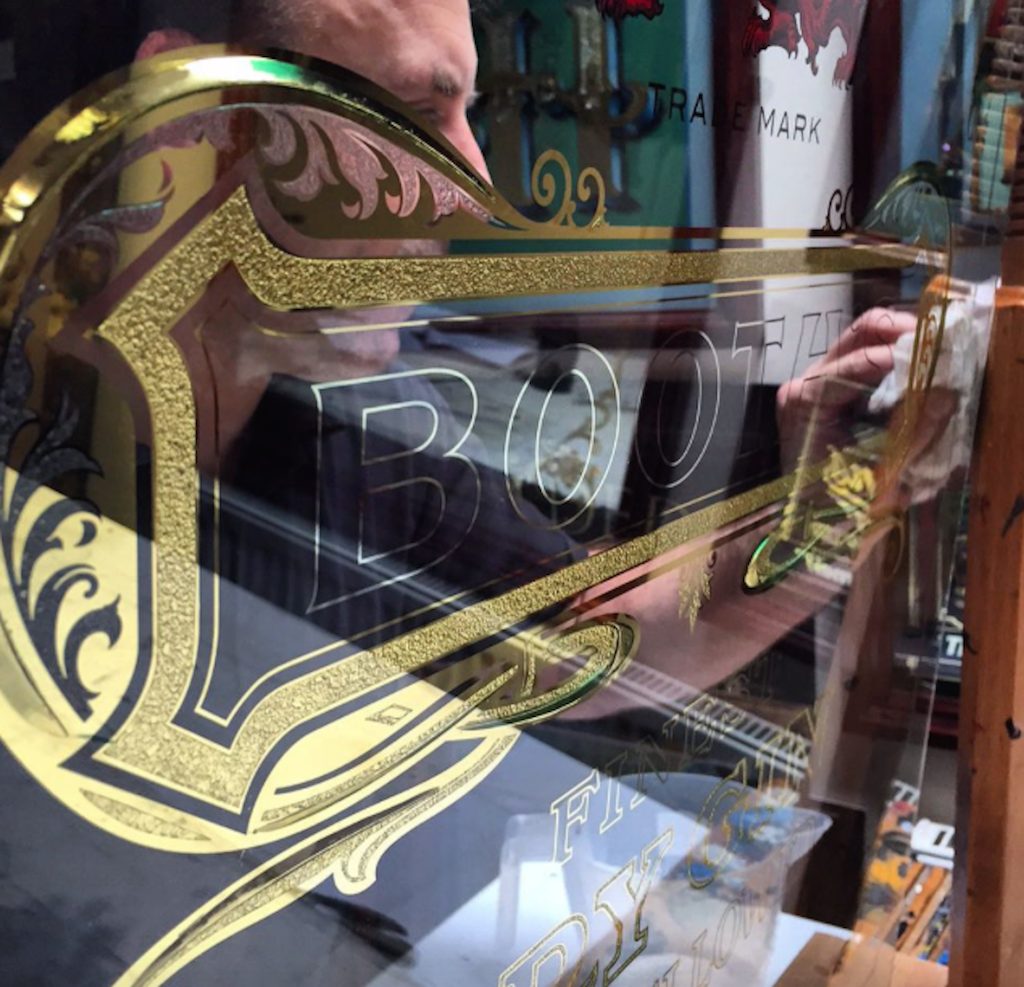 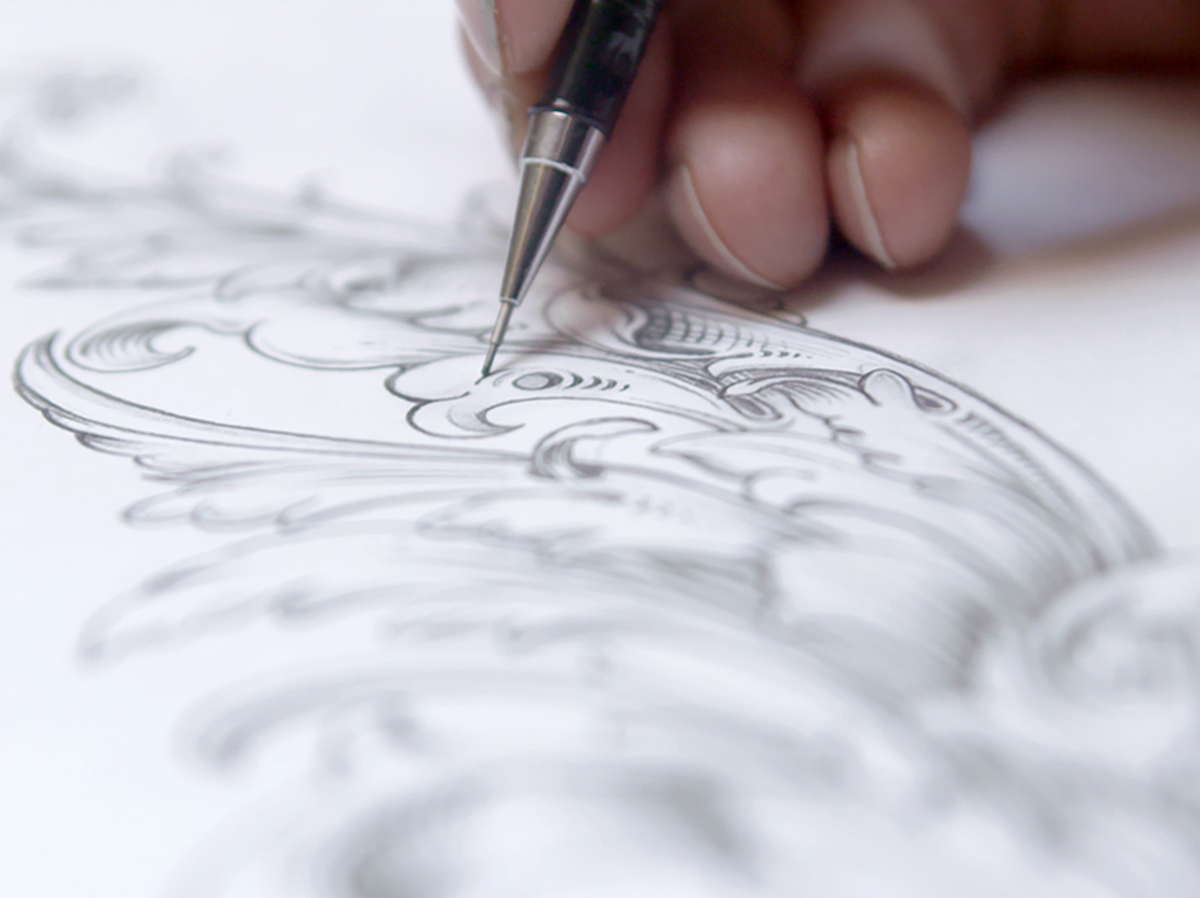 Over nearly a hundred hours, he painstakingly created every single detail of our design by hand to be applied as etching and gold leaf to the glass, in exactly the same way that the original pub mirrors of the period were produced. Here, the brand is rebuilt around the principles and meaning of the collaboration.

In summary, when a collaboration comes about for the right reasons, when it is so completely right for the brand, it can live long in the memory. It can tell the story of the brand in a way that stands the test of time, which is surely a hallmark of the very best creative work. I hope to see this proliferation of collaboration amongst the creative community continuing. The pages of the awards annuals will be forever the richer for them.