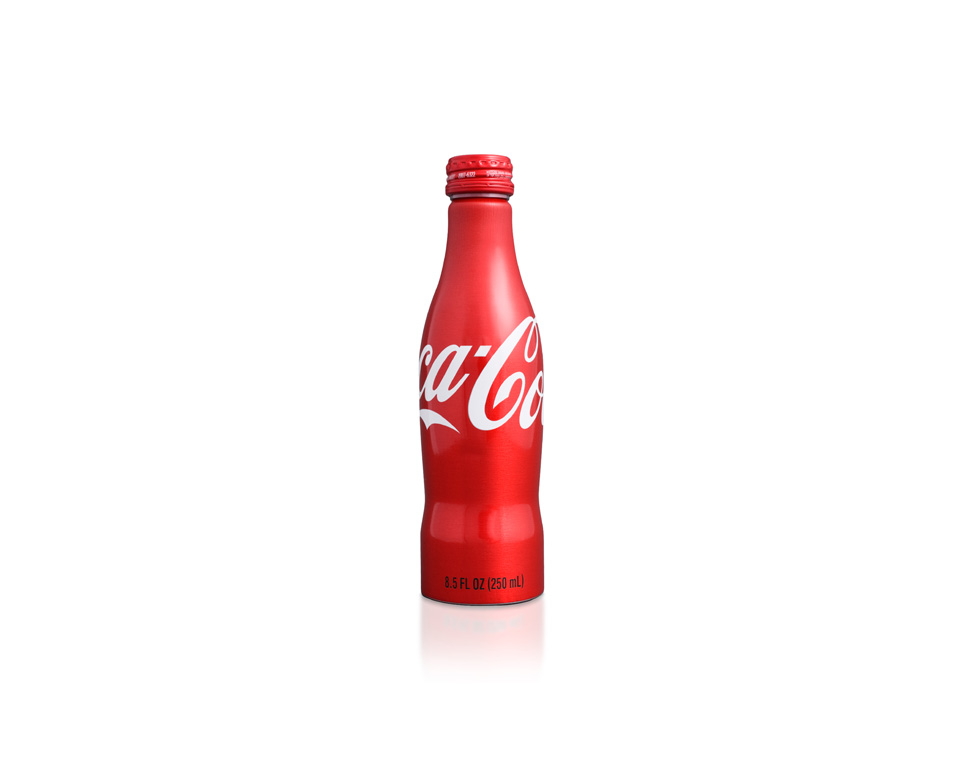 The new pizza boxes come in blue and red and each design makes up one half of the brand’s famous logo. The concept was inspired by the fact that 96% of Domino’s pizzas are sold as a pair in 2-for-1 offers. The designs replace more detailed boxes which featured a custom font family designed by Monotype.

Lee Rolston, global strategy director at JKR, says the aim was to remove unnecessary clutter and “generic messaging” and put the emphasis back on the brand’s famous mark.

“Domino’s is the biggest pizza chain in the world, but after decades of local market interpretations of the pack design, its boxes had become cluttered with generic messaging and the brand mark had a small presence on its boxes,” he says. “To allow Domino’s to be noticed, chosen and remembered, we needed to amplify and celebrate what made it different.”

The project is the latest in a series of minimal packaging makeovers for well-known food and drinks brands since Turner Duckworth launched its hugely successful redesign of Coca Cola’s bottles and cans in 2008. 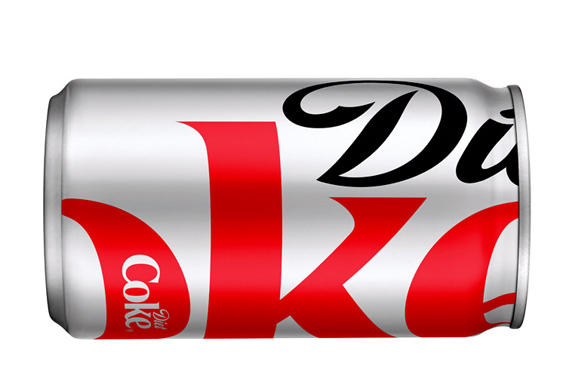 Last year, JKR redesigned boxes of PG Tips teabags, replacing a CG illustration of a tea plantation with a simpler white, red and green design. Boxes features some playful touches – from an historic-looking mark which features the brand’s famous monkey mascot to a tea leaf shape visible formed from an overlapping P and G – without any fussy details or photo realistic artwork. 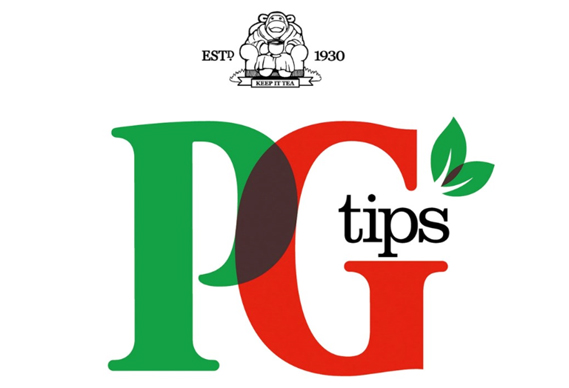 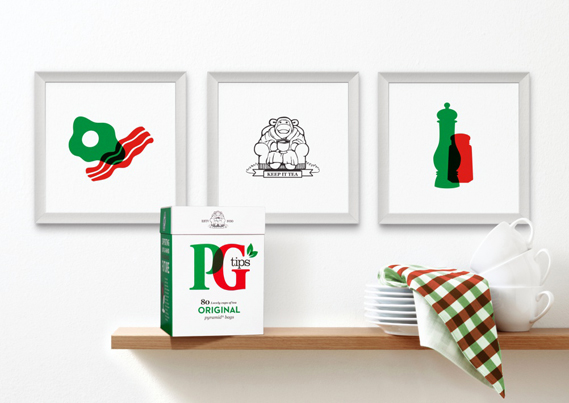 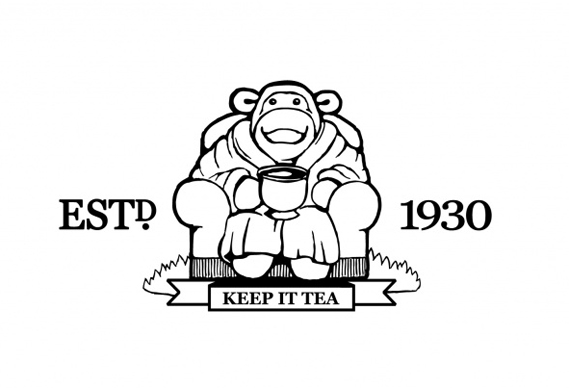 PG Tips monkey mark, which adds a playful touch to the stripped-back boxes

JKR also revealed a new design for Budweiser cans in January this year, stripping out background shading, a crown symbol and 3D lettering in favour of an elegant 2D approach (more on the story here): 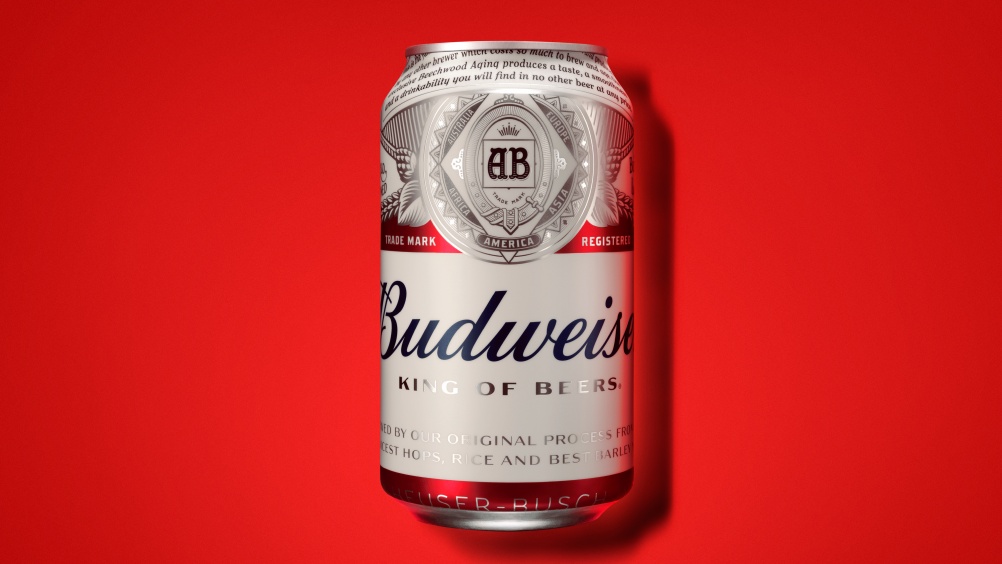 JKR’s new packaging for Budweiser, which launched in January this year

While Turner Duckworth adopted a similar approach in designs for Coors Light last year and Miller Lite the year before. (Packaging for the latter won a gold award at this year’s Design Business Effectiveness Awards and has allegedly led to a sales increase and significant improvement in consumers’ perceptions of the brand since it was rolled out).

BrandOpus’s simplified redesign of crisp company Pipers’ packaging also had a positive impact on the company’s business: introduced in 2012, it replaced cluttered packets featuring photographs of the English countryside with typographic designs in a range of bright colours. BrandOpus claims it has led to a sales increase of £4 million in three years. 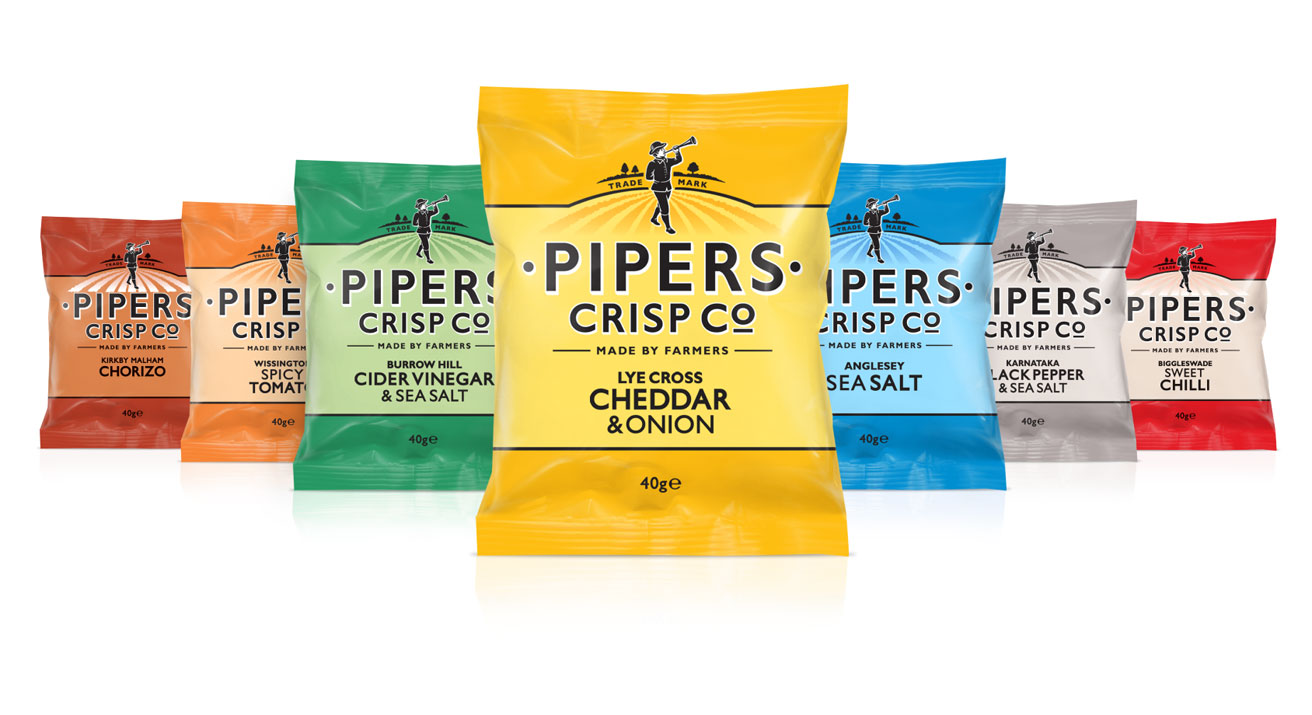 BrandOpus’ packaging for Pipers Crisp Co. The packaging was launched in 2012 and has allegedly led to a £4 million sales increase in three years

And in the past few months, two of the world’s biggest fast food chains have adopted similarly pared-back designs. McDonald’s revealed its new packaging in January, created by a team of designers (one from each of the brand’s seven agencies) who were asked to create something which looked “bold, true and simple”. Burger King, meanwhile, opted for an equally minimal but more crafty approach designed by Turner Duckworth. 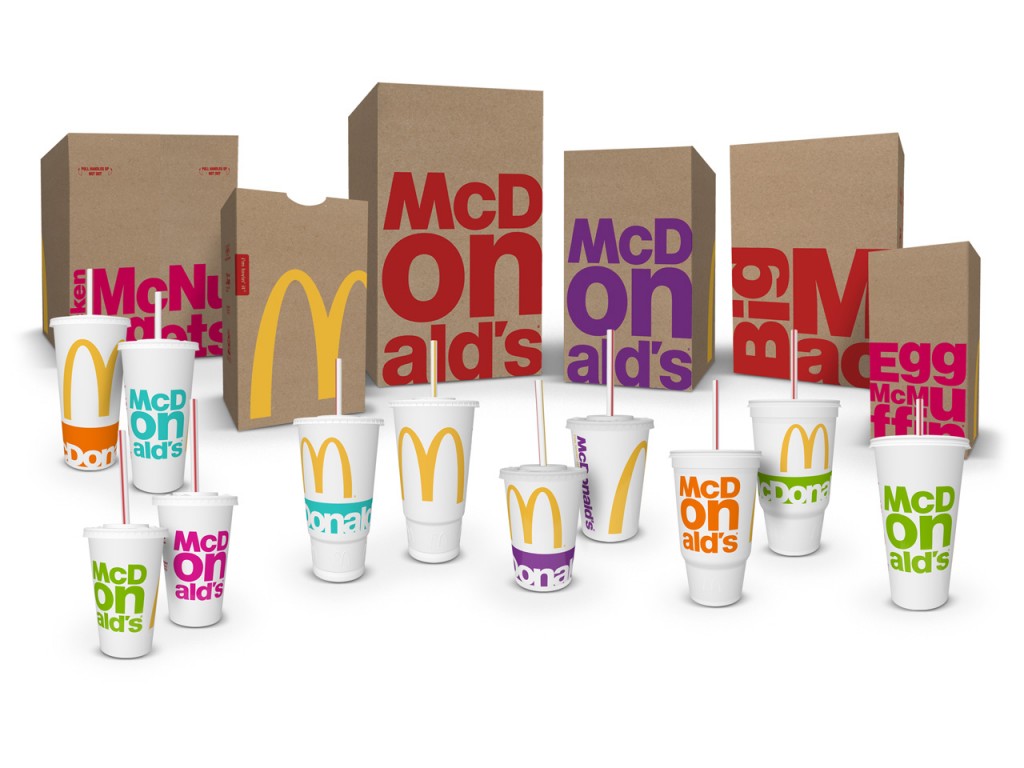 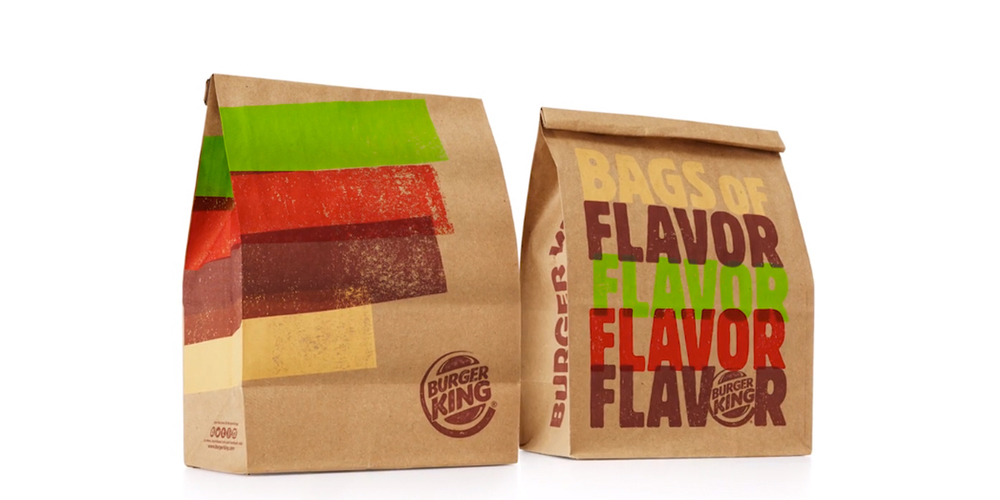 In the case of fast food brands, this move towards more minimal packaging is partly driven by a desire to adopt more “authentic” positioning and compete with newer brands such as Five Guys, Shake Shack and Byron (something Silos Amos covered in depth in a piece for our February food issue, which you can read here).

Speaking about the favoured aesthetic of Burger King and McDonald’s new rivals, Amos said: “What all these and many other new offers share is a shift from the glossy whizz-lines and graphic flimflam of stereotypical fast food design language to something more pared-back and charismatic. Basic just looks less plastic and less try-hard. It’s also the graphical trend of our era.”

Likewise, drinks brands facing competition from micro breweries and new “craft” distilleries are launching more minimal packaging in an attempt to look cooler and in some cases, more upmarket. It’s not just beers but gin, vodka and whiskey brands too – Wood’s Old Navy Rum rolled out streamlined bottles with cork stoppers designed by Purple Creative just last week, which replaces a colourful illustration and 3D type with a 2D design: 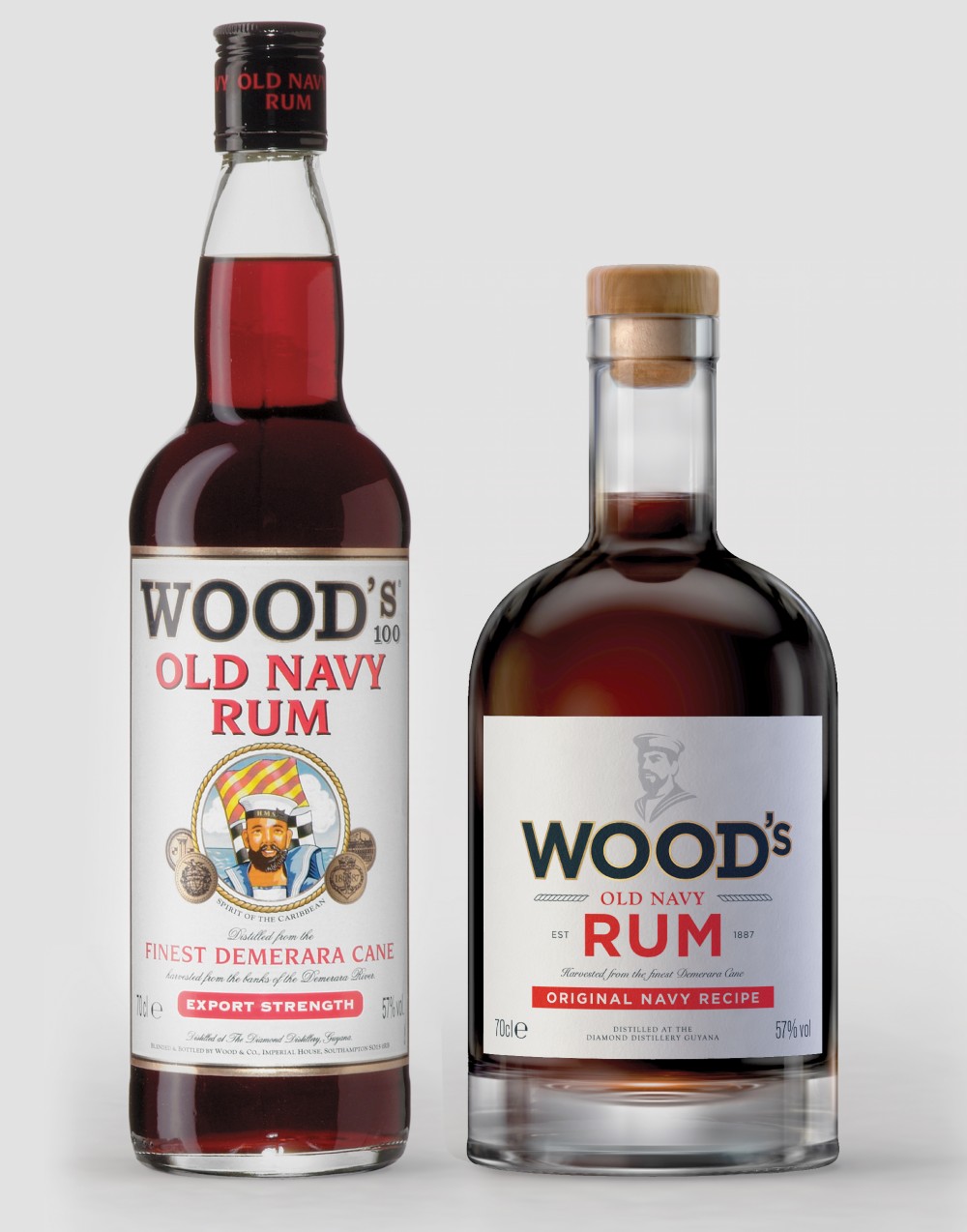 At the premium end of the scale, however, several food and drinks brands have been launching more intricate packaging, often created by designers working in partnership with skilled illustrators and craftspeople. DesignBridge teamed up with Timorous Beasties to redesign Fortnum and Mason’s chocolate packaging and worked with glass artist David A Smith to redesign bottles of Booth’s Gin last year (you can read a piece by DesignBridge’s Asa Cooke on working with craftspeople to create great packaging here), while Horse Studio’s designs for Nongfu Spring mineral water featured detailed etchings based on illustrations by Natasha Searston. Here, the intricate designs invoke a sense of luxury, heritage and artistry. 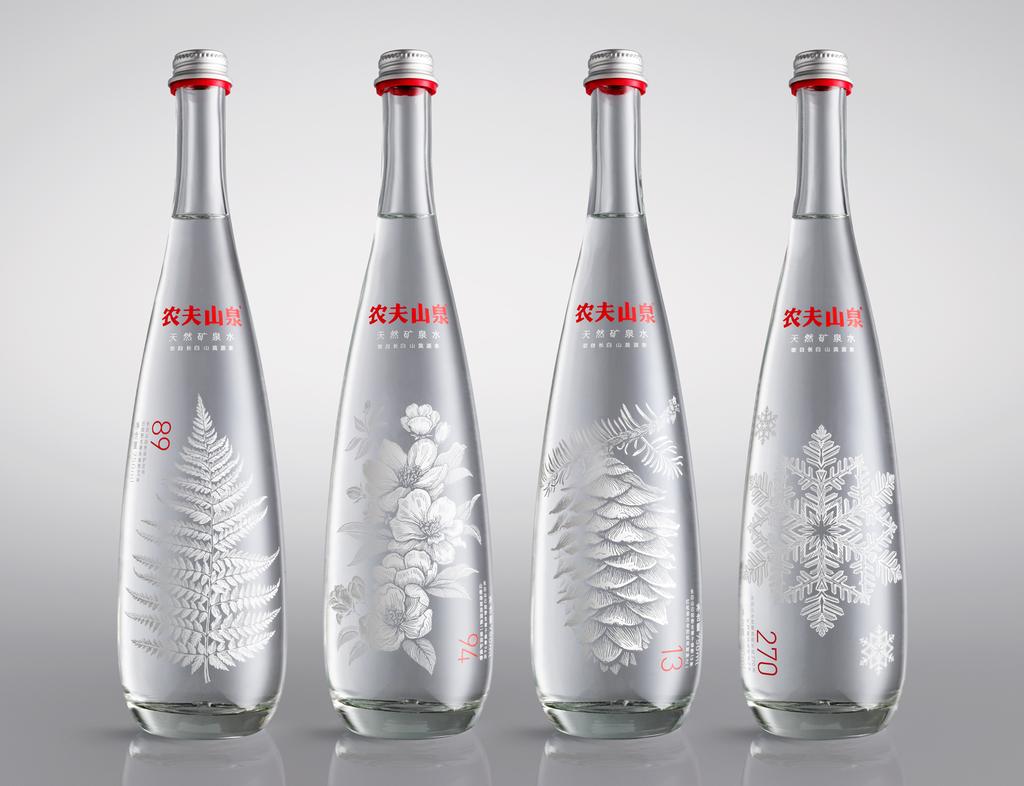 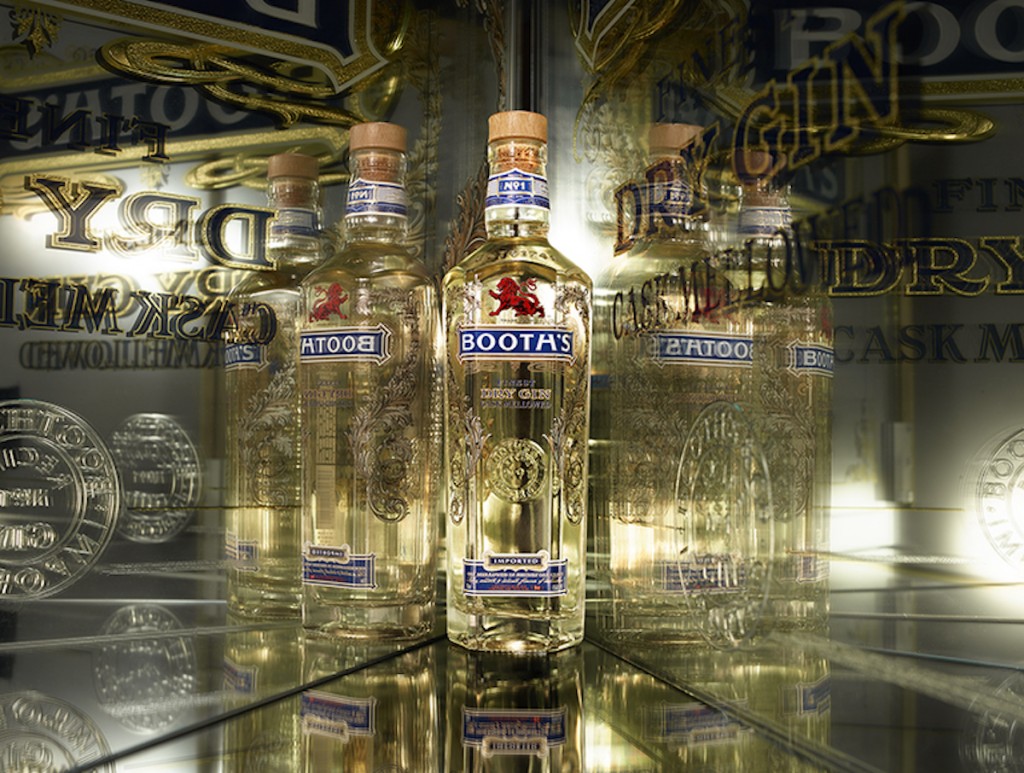 Minimal designs can also help reinforce a brand’s heritage – Coca-Cola’s packaging suggests it is a brand that needs no introduction, emphasising its status as the original global cola brand while evoking a time when it was perhaps more fondly thought of by consumers. It’s also represenative – as Amos notes – of a wider minimal trend evident in everything from fashion to architecture and product design.

Like Burger King and McDonald’s, Domino’s faces increasing competition from new pizza brands and restaurants using services like Deliveroo. But with its bold, colourful and immediately recognisable design, JKR’s pared-back packaging asserts the pizza chain’s status as a household name.