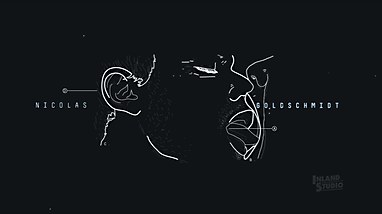 The experimental short film “Los Primogenitos” features the work of young directors and actors from the Buenos Aires area. For the film, design and animation firm Inland collaborated with the film’s producers to create the opening titles inspired by anatomical illustrations. Stark animations of characters appear on a black background, their bodies broken up by cross-sections to exhibit moving abstractions of the human form. Fragile lettering overlays the title sequence with the names of the cast and crew and appears in trickling fragments before revealing the title of the film, creating a haunting atmosphere. 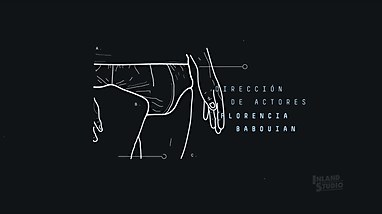