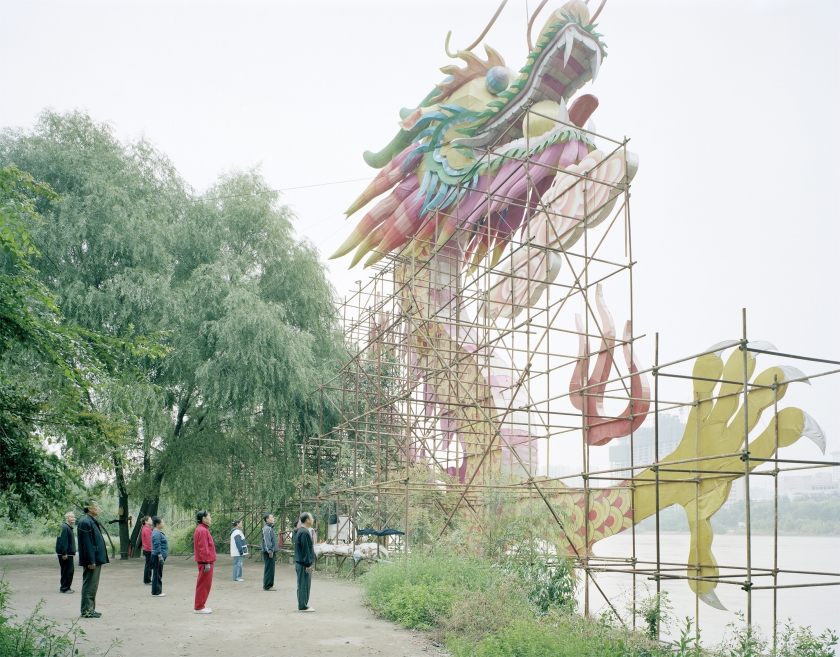 Born in 1980 in Sichuan, China, Zhang produces epic vistas that dwell on the significance of the landscape in modern Chinese national identity. Zhang’s first series The Yellow River documents the effects of modernisation along the third longest river in Asia. He found inspiration for the series in Chengzhi Zhang’s novel River of the North. The project took him on a journey along the river from the coastal flats of Shandong to the mountains of Qinghai on a fold-up bicycle, all the time carrying with him a large format Linhof camera.

The Yellow River is considered the cradle of Chinese civilisation but also to be a threat, capable of breaking its banks at any time. The areas surrounding the river have been devastated by flooding in recent years and Zhang’s photographs aim to capture the emotional impact of this on the local population with an eerily quiet atmosphere. The river constantly dwarfs the people who rely on it, rendering them vulnerable to its might. “I wanted to photograph the river respectfully,” Zhang said. “It represents the root of the nation.”

Whilst the project was not initially intended to confront environmental issues, Zhang found that ecological matters became unavoidable and the series hums with melancholy for the lost landscape. Zhang added: “I started off wanting to photograph my ideal of the river, but I kept running into pollution… I realised that I couldn’t run away from it, and that I didn’t need to run away from it.”

Zhang’s second series, Between the Mountains and the Water, continued to explore the relationship between the people and land on which they live and work. Charming scenes include a poster of Chairman Mao attached to a rubber ring floating on a river, surrounded by a group of swimmers, and a gathering of people taking tea in amongst concrete ruins on the riverside.

Make sure you visit the exhibition, which launches 20 April and runs until 21 May 2016 at Beetles + Huxley, 3-5 Swallow Street, London W1B 4DE. Or visit www.zhangkechun.com to view more of Zhang’s work. 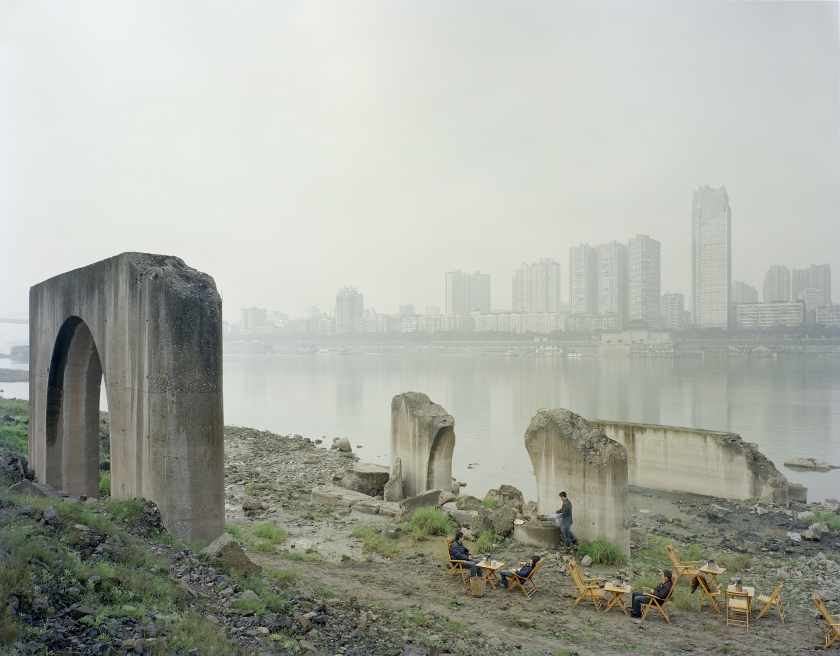 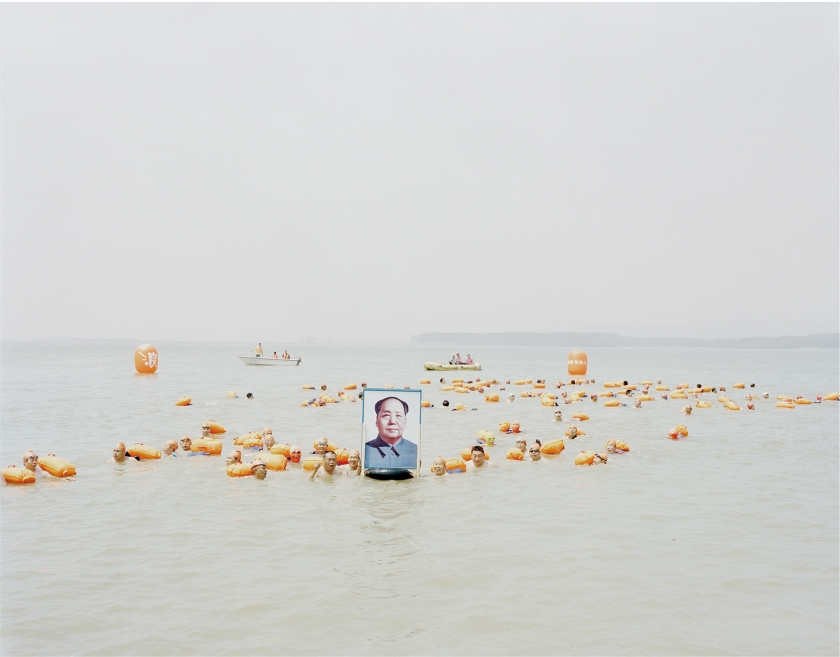 People crossing the river with a photo of Mao Zedong, Henan, 2012 © Zhang Kechun 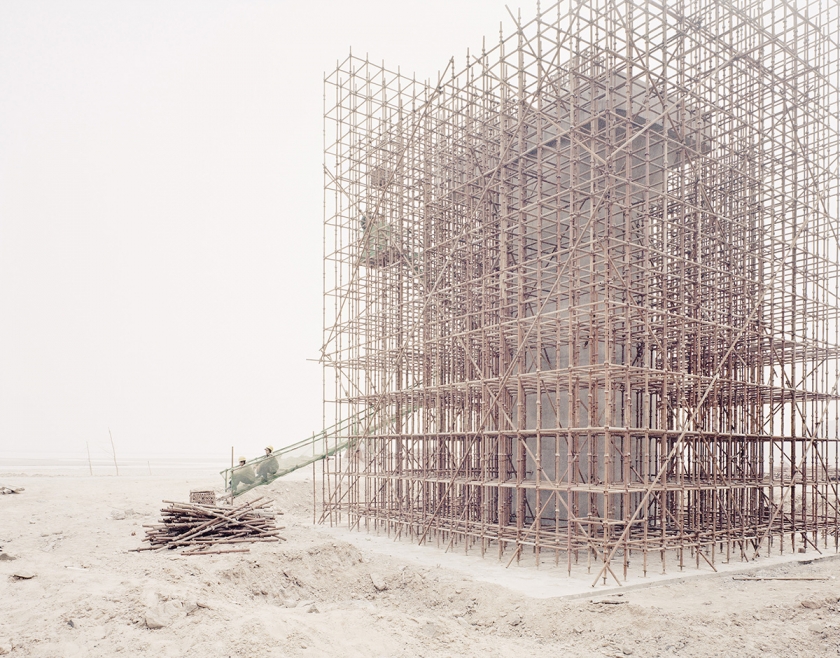 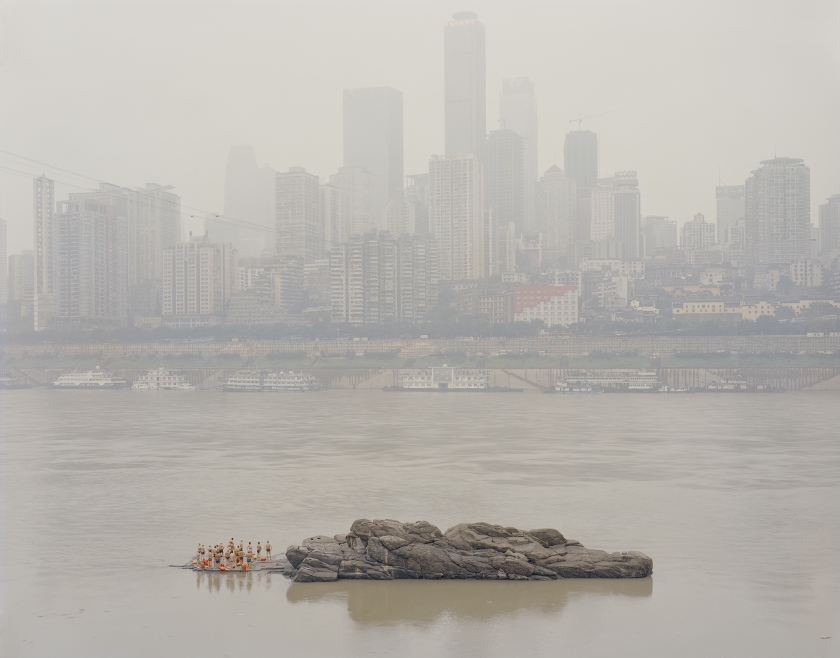 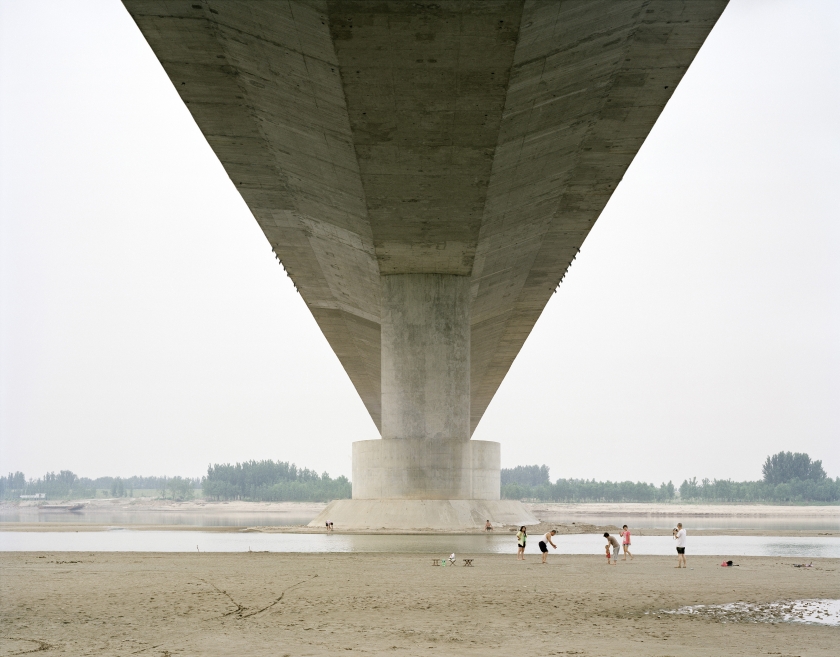 A family spending a weekend under a bridge, Shandong, China, 2011 © Zhang Kechun 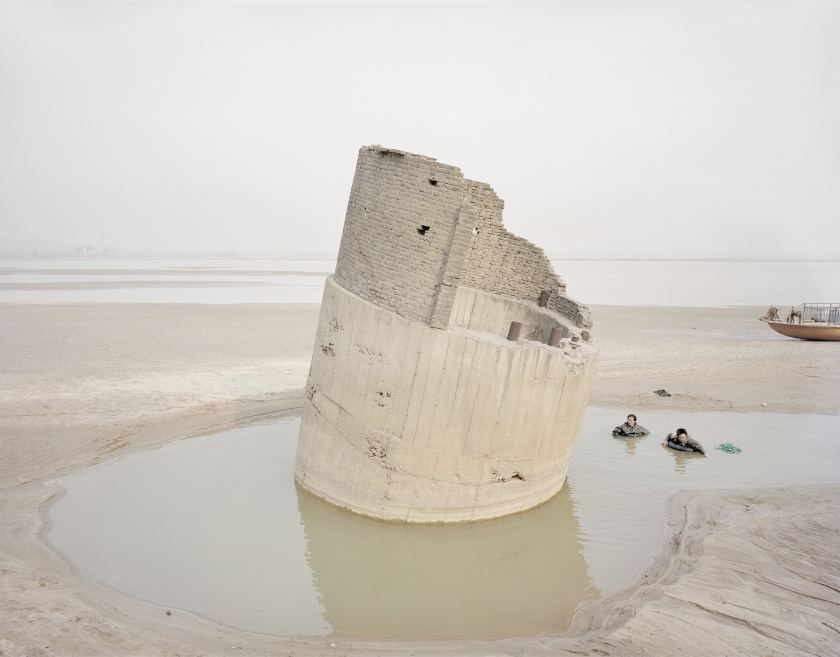 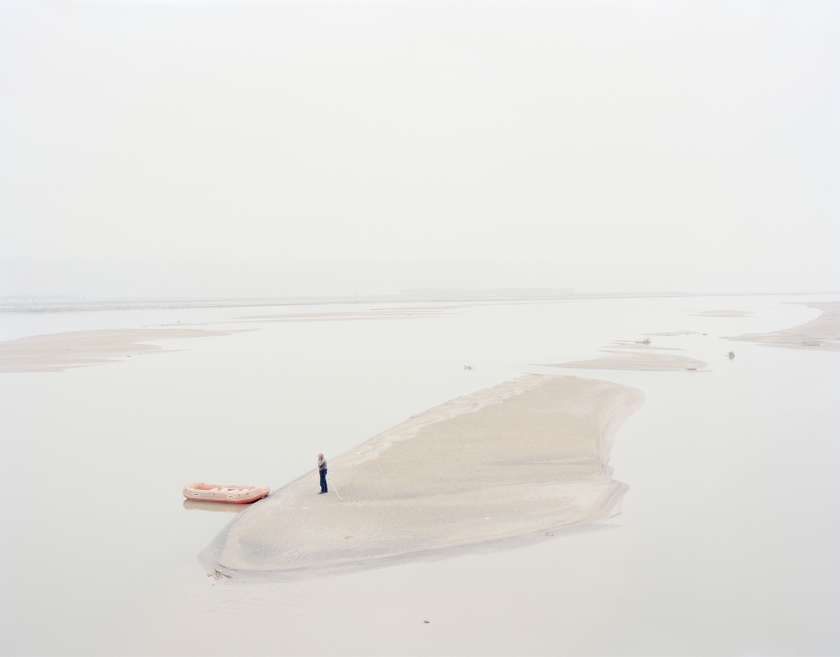 A man standing on an island in the middle of the river, Shaanxi, China, 2011 © Zhang Kechun