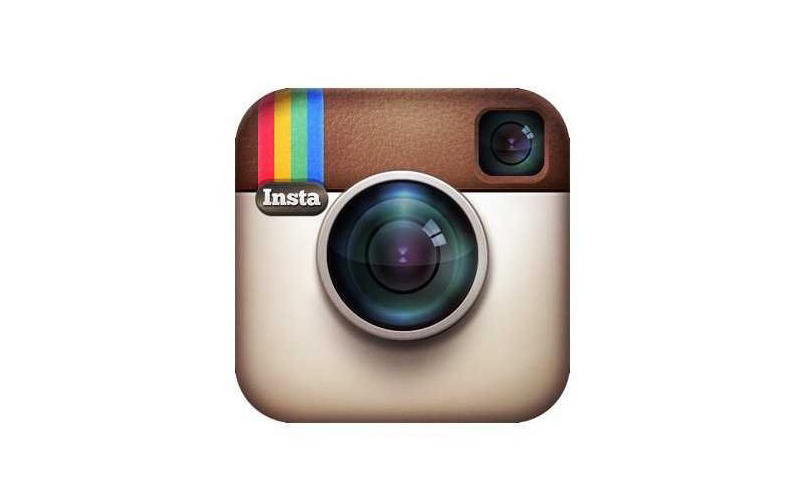 The app’s previous logo – a camera with a small rainbow in the top left hand corner – has been replaced with a simplified design in a rainbow gradient. Announcing the change on the Instagram blog today, the company said the skeumorphic icon, while widely recognised, had begun to feel out of date:

[sic]. We started with the basics, removed ornamentation, and flattened the icon. And we arrived at a brighter, flatter option — but was it better? Would we feel the need to do this again in a year?

“These early ‘flattening’ explorations lacked the visual weight of the original. The skeumorphic style that dominated early versions of iOS has the benefit of giving icons solidity. Things felt tangible, despite being pixels. But just flattening an icon wasn’t the answer. We needed to figure out exactly what people loved about the classic icon, and start there,” explains the company.

“Anecdotally, we knew that people loved the rainbow and the camera lens was a key visual element. As a part of our process we also asked people at the company to draw the Instagram logo from memory in five seconds. Almost all of them drew the rainbow, lens, and viewfinder. With this insight, we decided to translate these elements into a more modern app icon that strikes a balance between recognition and versatility.”

The new design alongside a suite of ‘unified’ icons for sister apps Hyperlapse, Boomerang and Layout

The company considered a more minimal colour palette but says it opted for warm shades of orange, purple and pink to complement the basic glyph and add “warmth and energy”. The new icon still represents a camera but “unnecessary” elements have been removed to create a more flexible, scalable icon while retaining a sense of character.

As a symbol representing one of the world’s most popular social platforms, Instagram’s previous logo was world famous and much-loved. It was stored on hundreds of millions of phones and has been customised and adapted by millions of users – there’s even a #myinstagramlogo hashtag, where users have created their own versions of the symbol out of cake, paper and flowers. It was however, a little dated.

The new icon will likely prove controversial but it is more in keeping with the flat design aesthetic favoured by other networks such as Twitter and parent company Facebook. The bolder colours are also more likely to stand out on busy home screens. Sister apps Hyperlapse, Boomerang and Layout have been given similar rainbow gradient icons to create a more unified look and feel across the Instagram family. 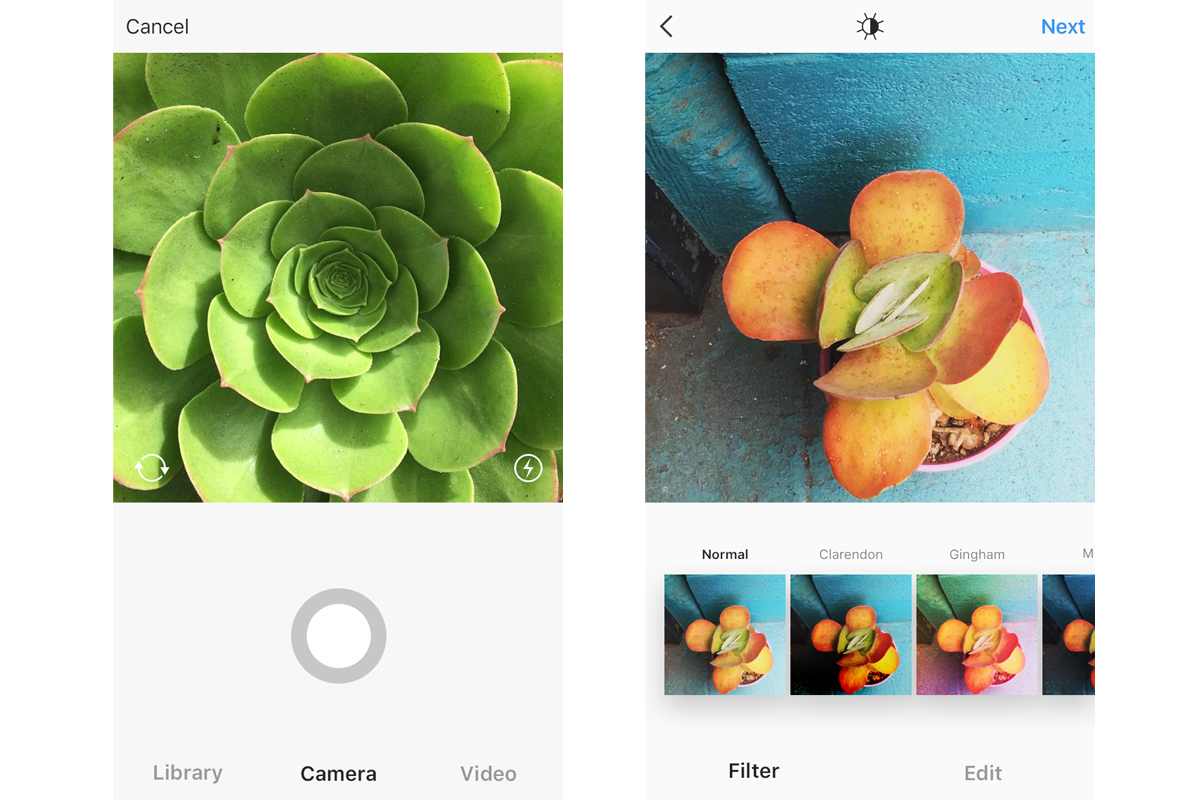 Instagram has also had a UI update – colours have been removed and icons simplified, but little else has changed (and some often complained about features, such as a tiny text box for writing captions and a limited search function, remain). It’s more a gentle refresh than an overhaul  and Instagram says its focus was on reducing colour and noise and creating something which felt “simple and clean”.

“While the logo is a colorful doorway into the Instagram app, once inside the app, we believe the color [sic] should come directly from the community’s photos and videos. We stripped the color and noise from surfaces where people’s content should take center stage, and boosted color on other surfaces like sign up flows and home screens,” says the company.

As to be expected with a project like this, the update has received a mixed response from users but the new look is certainly cleaner and more in line with current iOS design. Instagram says it has used standard iOS and android components and fonts and redesigned icons to feel “at home” on Apple and android devices, but no significant changes have been made to the way content is viewed, shared or uploaded.

You can read the full blog post explaining the changes here.