Highlights from the expanded edition of In Loving Memory of Work 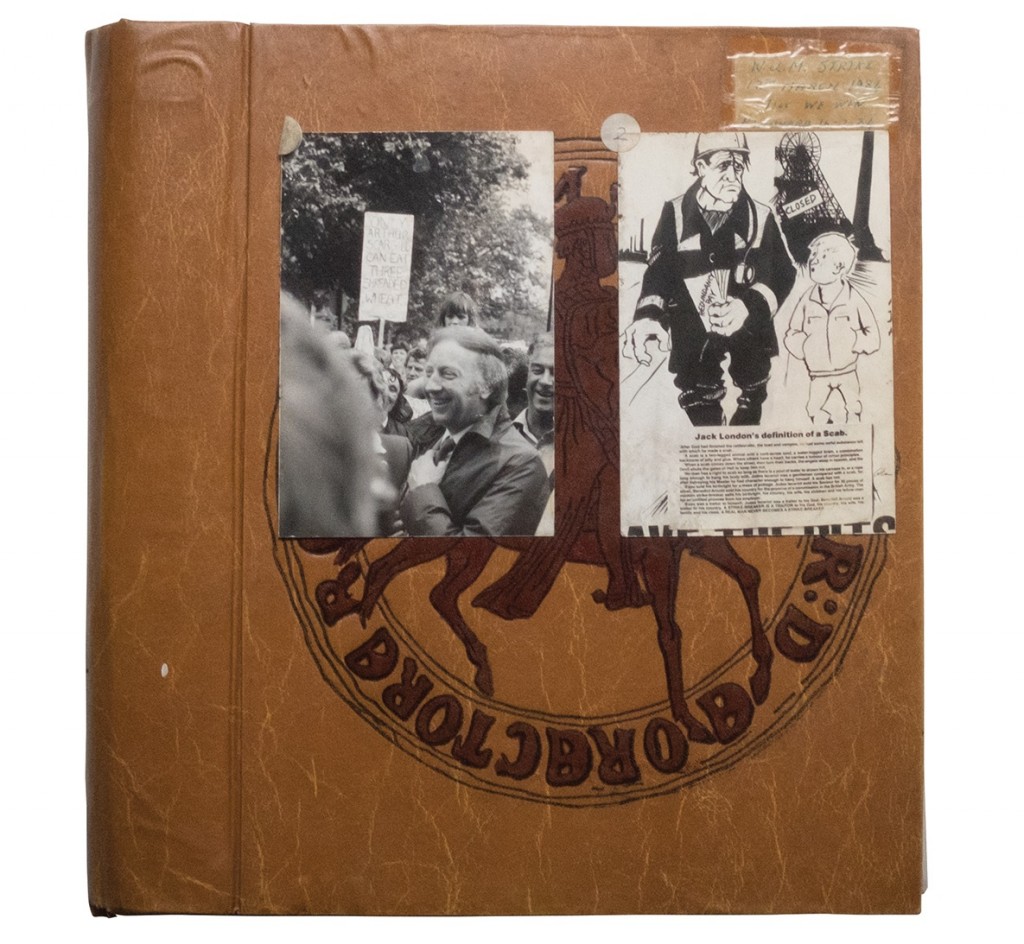 Designer Craig Oldham’s In Loving Memory of Work, which we wrote about in March last year, surveyed the visual culture that came out of the miners’ strike of the mid-1980s. The book included everything from protest graphics and posters created by the miners and their supporters, to union banners and photographs.

As was made clear from the first edition, Oldham’s ongoing project has been a personal one from the start – his father Mick was arrested by the South Yorkshire police during the strikes; Oldham himself was born weeks later.

More recently, in December 2015, the Orgreave Truth and Justice Campaign (to which all proceeds from the book, poster and typefaces go) handed in their legal submission to Parliament, calling on the home secretary to order a public inquiry into police conduct at Orgreave Coking Plant on June 18 1984, during the strike. Oldham was asked by the campaign to design the submission, which is shown at the bottom of this post. 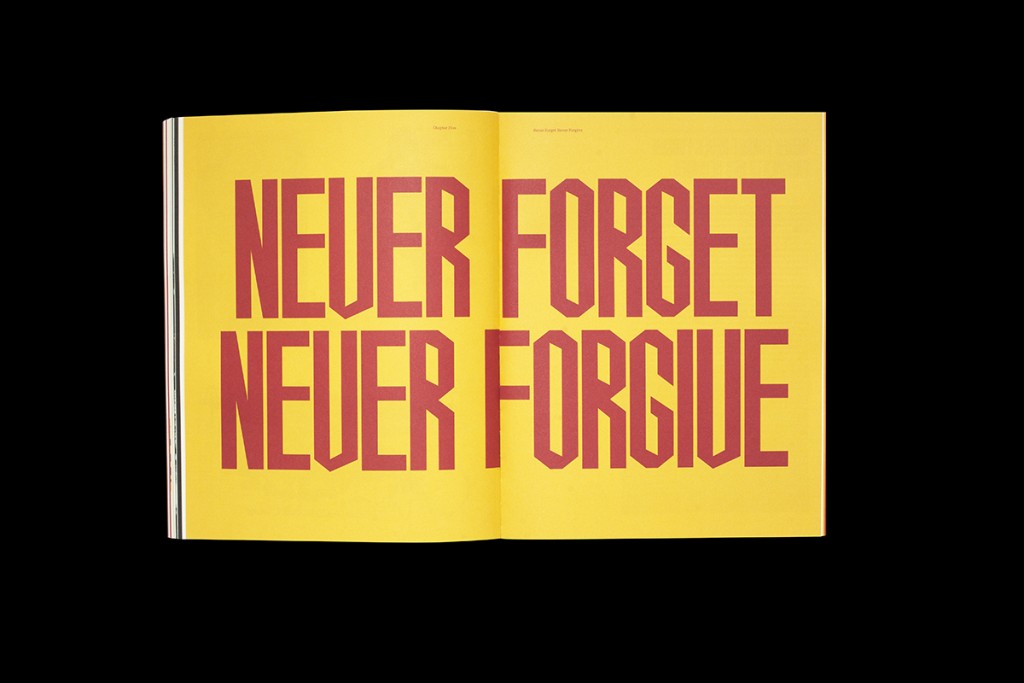 “My dad was arrested at Orgreave and subsequently charged and trialled for highly-inflated charges, but the case was thrown-out due to overwhelming evidence of police collusion,” says the designer.

“Mike Mansfield QC represented my dad and the many other miners there and has recently helped win justice for the families of the Hillsborough disaster. Many – most notably journalist David Conn at the Guardian – have drawn parallels with the conduct of the very same police force at Orgreave as the one at Hillsborough”.

The second edition of In Loving Memory of Work is now available and contains many new images and graphics from the strikes. Below, Oldham talks through some of the most interesting additions to the collection and explains why he felt this new material required a place in an updated version of his revelatory visual history.

“Ex-miner Phil is probably the main reason for the second edition book existing,” says Oldham. “After seeing his bulging albums, with their covers creatively customised, full of photographs he’d both taken and developed down his cellar, I had to get them in the book.

[A spread from one of Winnard’s albums is shown at the top of this post]. 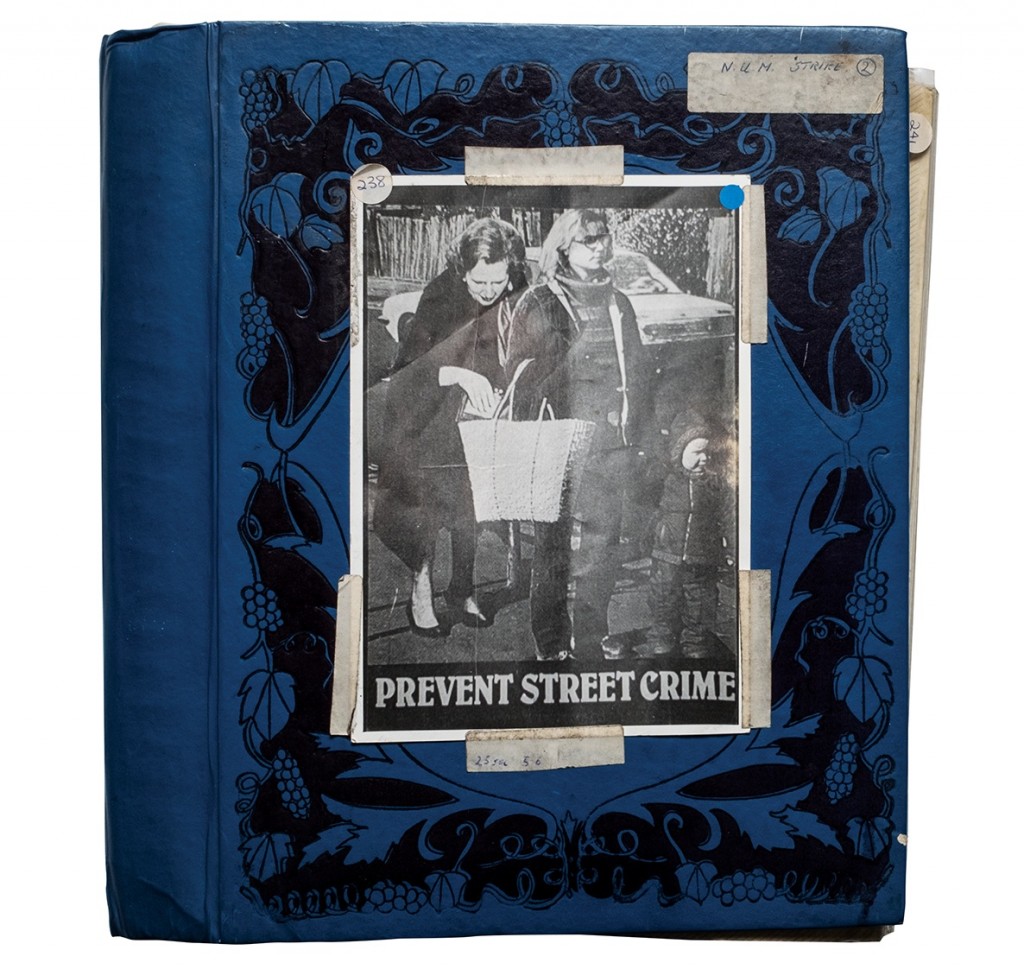 “Raw, powerful, empathic, his images document all the events of the strike he was present, which were many, and included Orgreave. Some are evidential, others are fraternal, but all are emotional.

“Phil was never trained in photography, nor received any form of creative education – and because that’s the source of his imagery, and that they come from inside the struggle, they have an unrivalled power over so many of the ‘professional’ images that came out of the dispute. 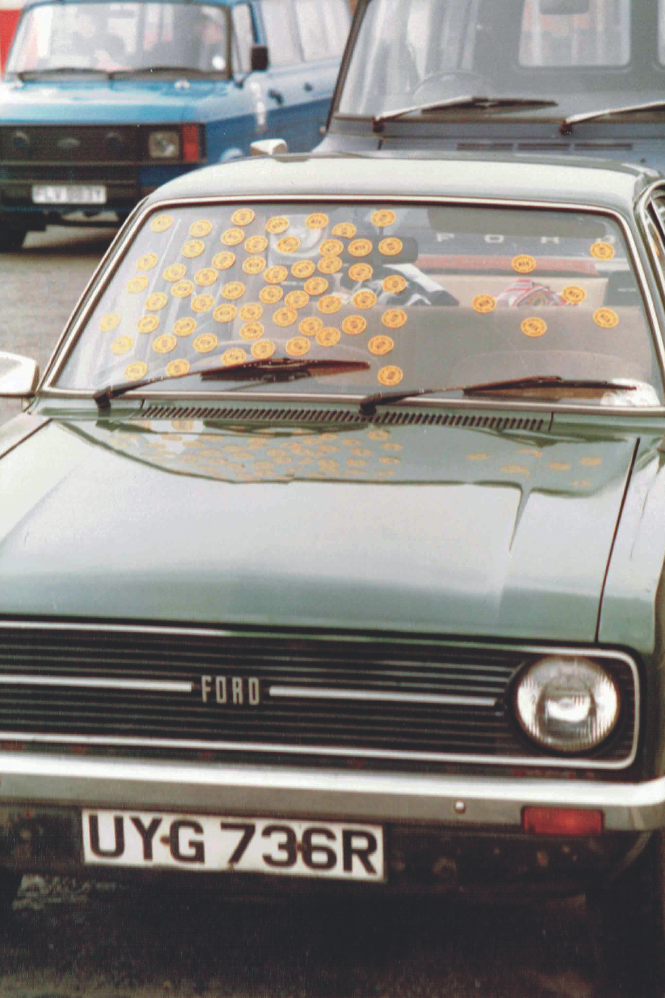 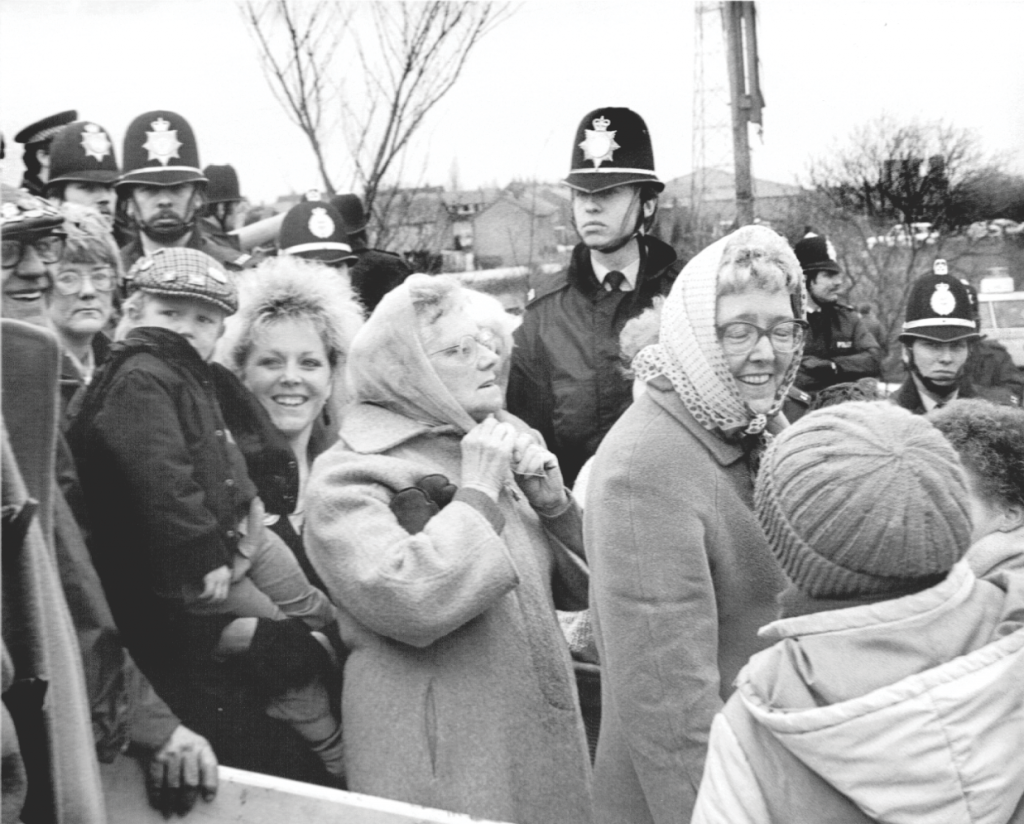 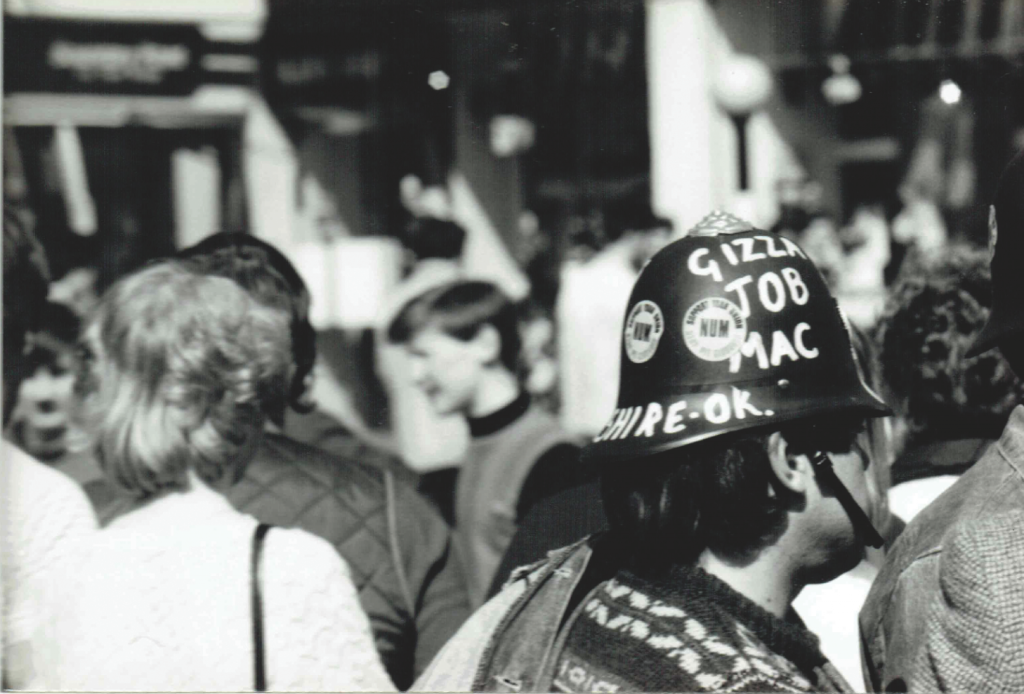 “Phil has hundreds of images, many of them are still to be developed, that I could have made a book out of them alone, but we are talking to Café Royal Books about a project, so you may be seeing more of Phil’s work soon.” 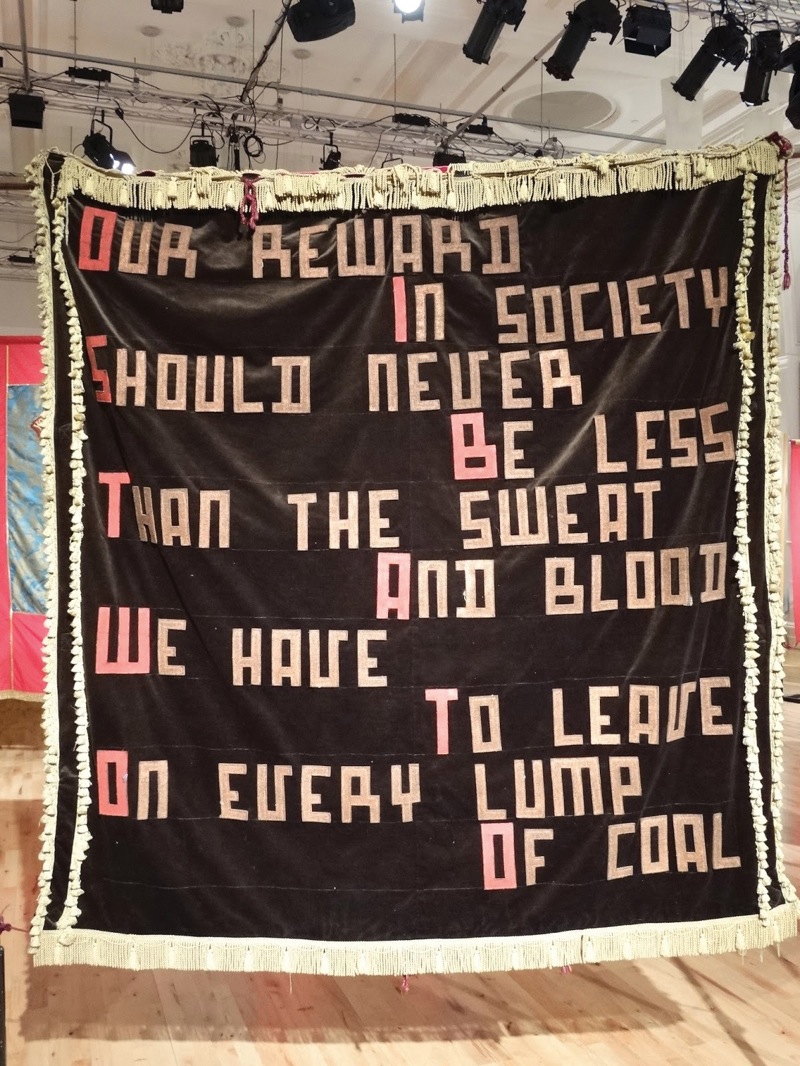 “Although banners of the National Union of Mineworkers have their own vernacular, the reverse of the Ferrymoor Riddings branch banner is distinct and unique. Displaying a solitary but poignant verse, its distinct letterforms bear the marks of the person who made them.

“Hand-cut gold and red silk characters, adhering to a still-visible chalk grid, are hand-sewn direct to the banner. 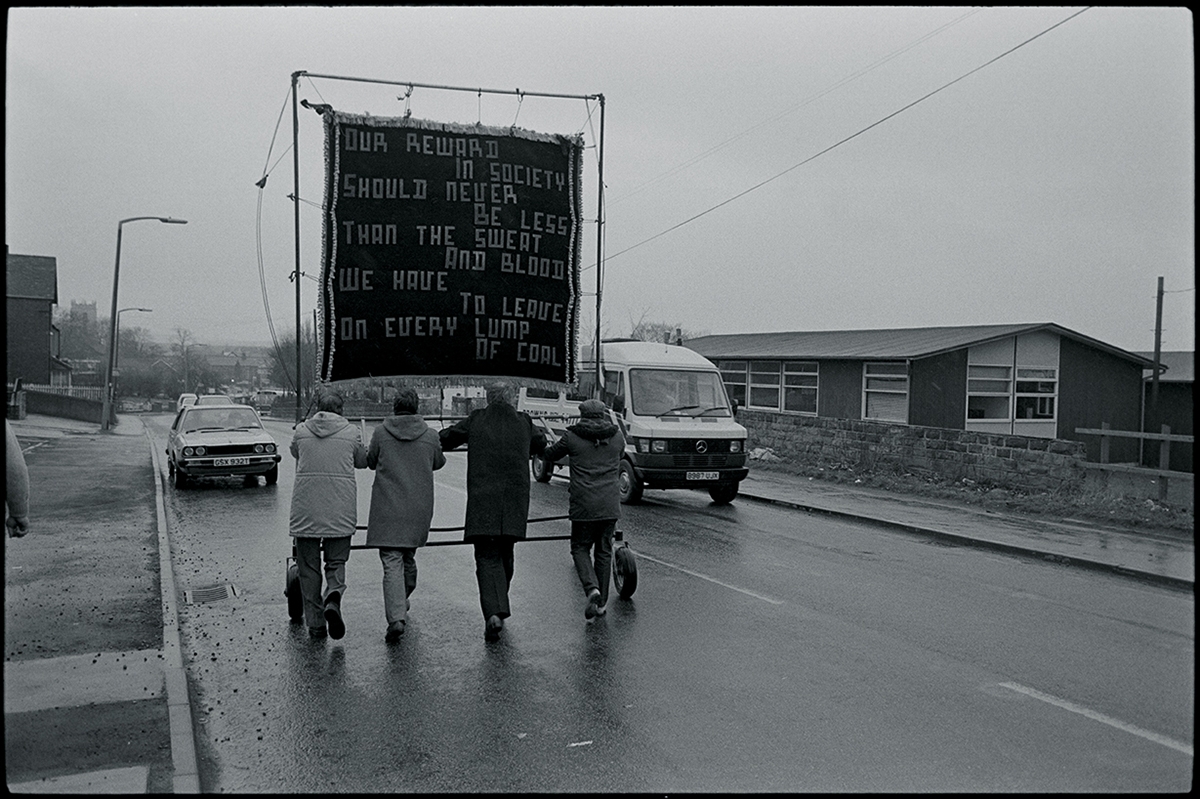 “And while it’s layout and design appear arbitrary, it’s these idiosyncrasies which compelled us to expand the unique forms into the typeface Ferrymoor, used in the new edition and available online with proceeds going to, like the book, the Orgreave Truth and Justice Campaign.” 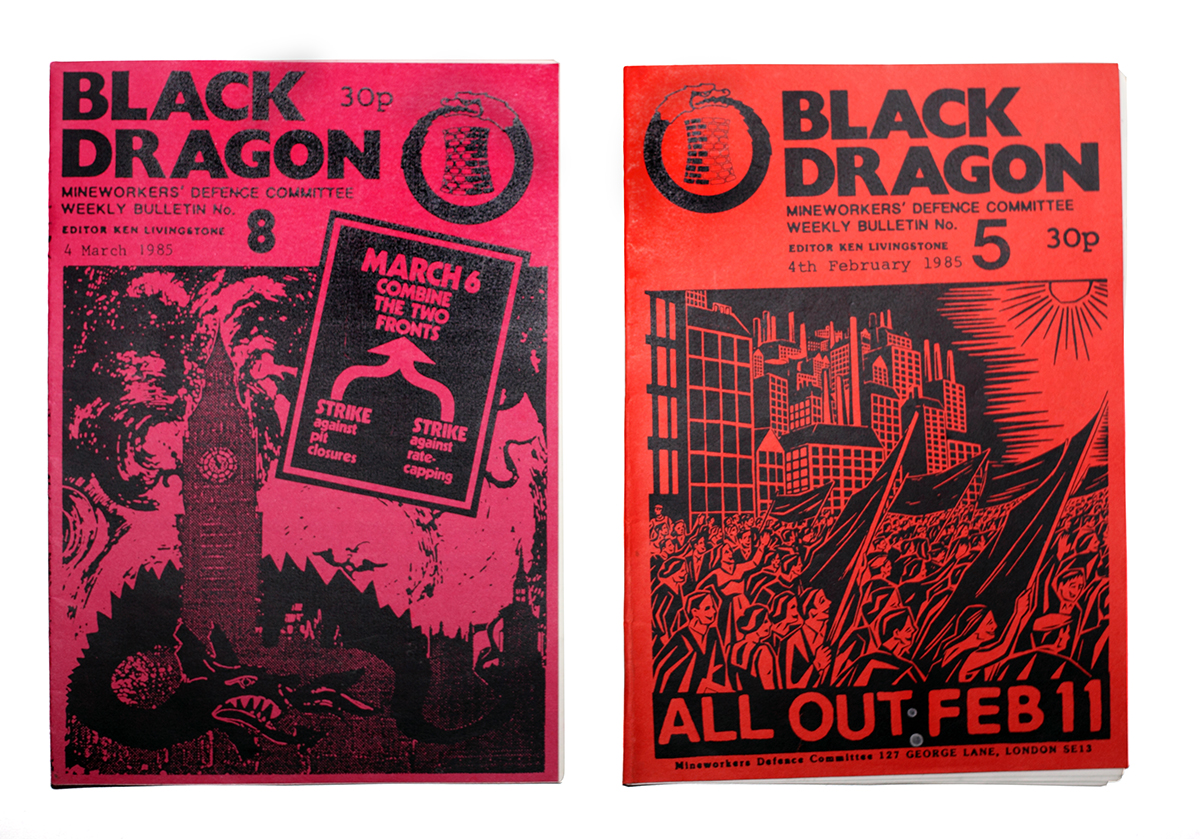 “Black Dragon was the weekly printed bulletin of the Mineworkers’ Defence Committee, edited by former Mayor of London, Ken Livingstone. Many of the issues had striking illustrations and printed onto a multitude of coloured stocks; they are beautiful for their economy as much as their immediacy.

“The two things I love the most about Black Dragon involve exactly that. Firstly, the ‘ouroboros’ circling the symbol of industry for eternity; speaking of the longevity many believed of coal.

“And, secondly, the group responsible for the bulletin literally made a huge black dragon (in a similar fashion to the Chinese dragons used in the dragon dance) which would accompany them on marches and rallies, again symbolic of their industry and coal, not to mention a pretty impressive sight.” 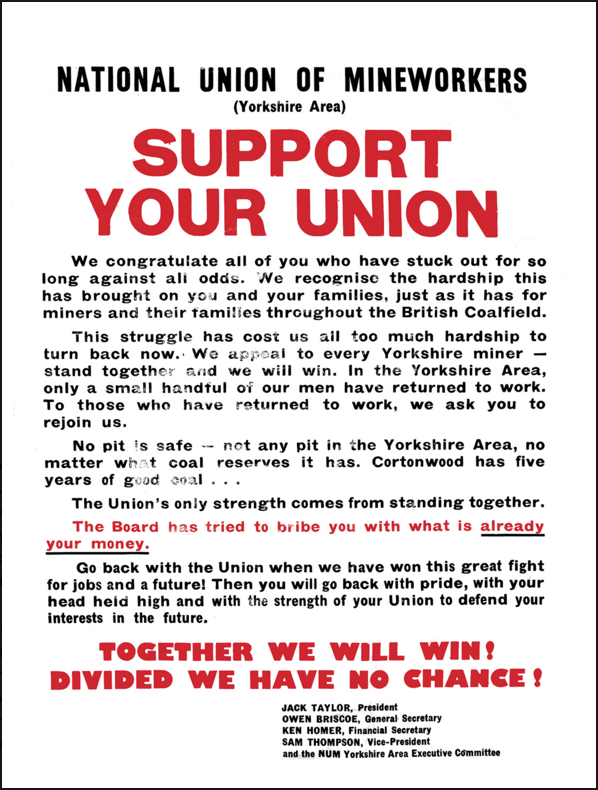 “This poster, distributed by the Yorkshire Area NUM towards the end of the strike, called for continued solidarity as the strike ran on. In a commanding use of copywriting and typography, the long-copy poster offers a truly empathic call to action for miners, reassuring them that the hardships suffered will all be worthwhile if only they stand together and work towards the ideals of a collective future.

“Sadly, it proved ineffective, measured by the result. My copy of the poster was gifted by former miner and prominent activist Dave Douglass, who once said: ‘Miners have a hard job, they have to fight the earth for a living’.

“Douglass features heavily in Jeremy Deller’s work, The Battle of Orgreave, a recreation of the infamous events which happened at the coking plant in 1984 during the strike, and the poster is part of the accompanying exhibition.” 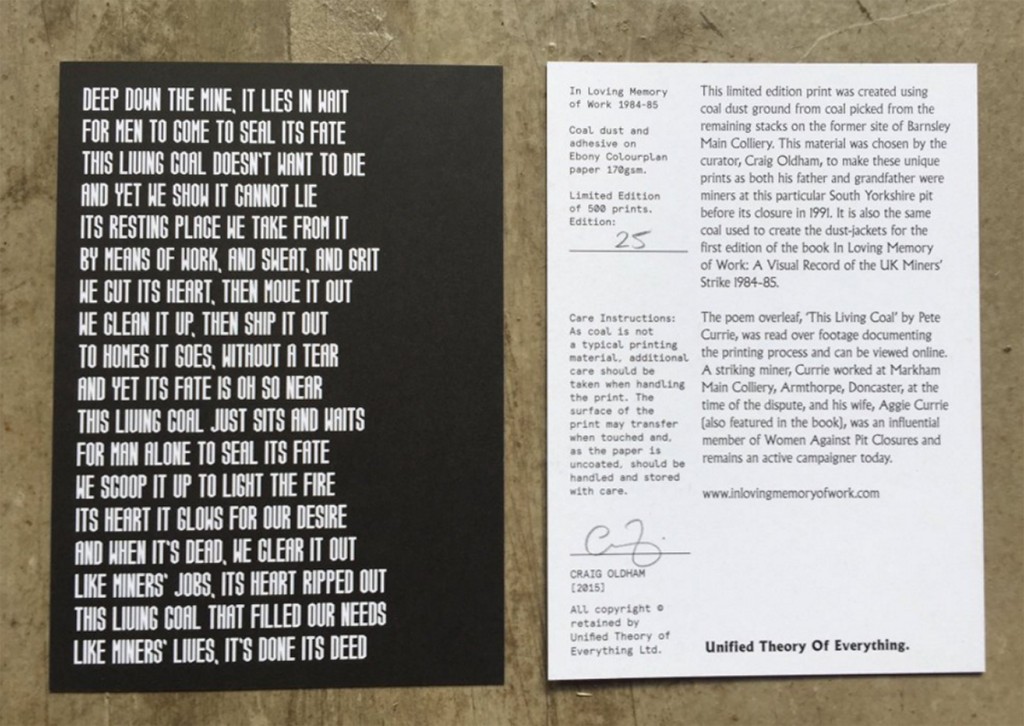 “Due to the experimental nature of the process, and over a larger quantity (it quite literally shreds the screens from the abrasion) it became unviable to re-print the coal dust dust-jacket featured on the first edition of In Loving Memory of Work.

“So we created larger, limited edition prints to commemorate the struggle with this edition. 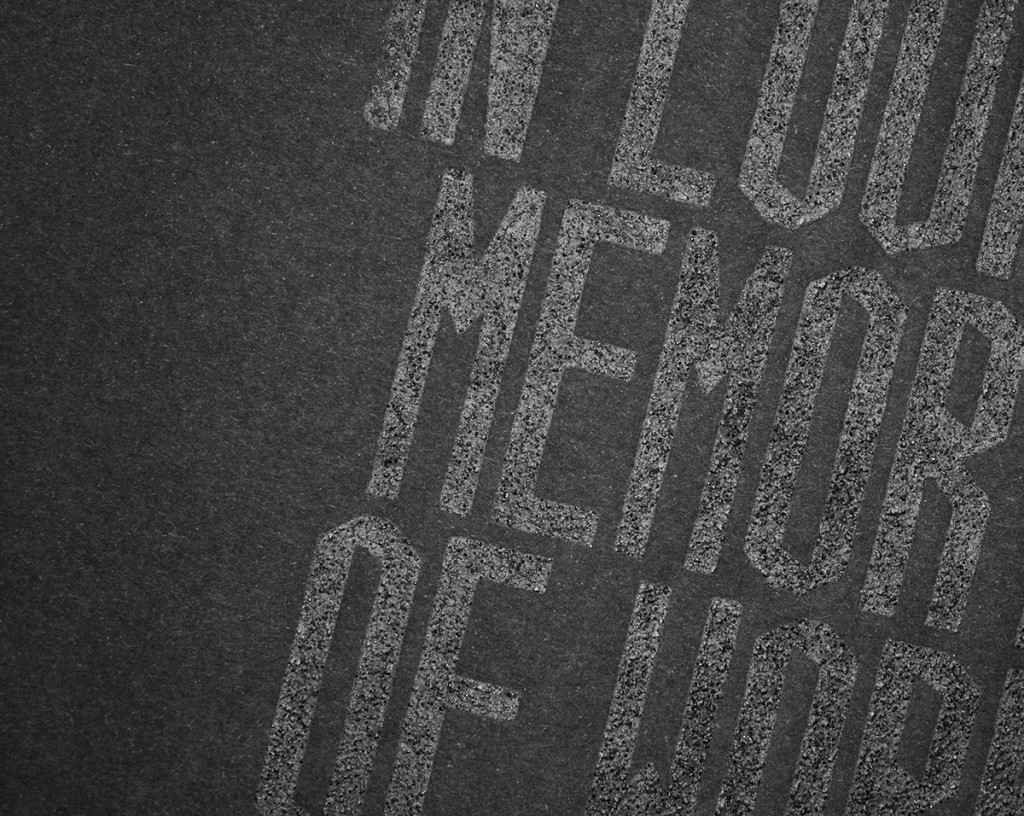 “The coal dust used is ground from coal taken from the former site of Barnsley Main Colliery, down which both my grandad and dad worked, and is accompanied by a poem, This Living Coal (shown above), written by striking miner Pete Currie (whose wife, Aggie, is featured in the book for her amazing activism for Women Against Pit Closures) during the dispute.”

The second edition of In Loving Memory of Work (£30) is available from inlovingmemoryofwork.com. A limited edition coal dust poster is also for sale (£20). All proceeds go to The Orgreave Truth & Justice Campaign 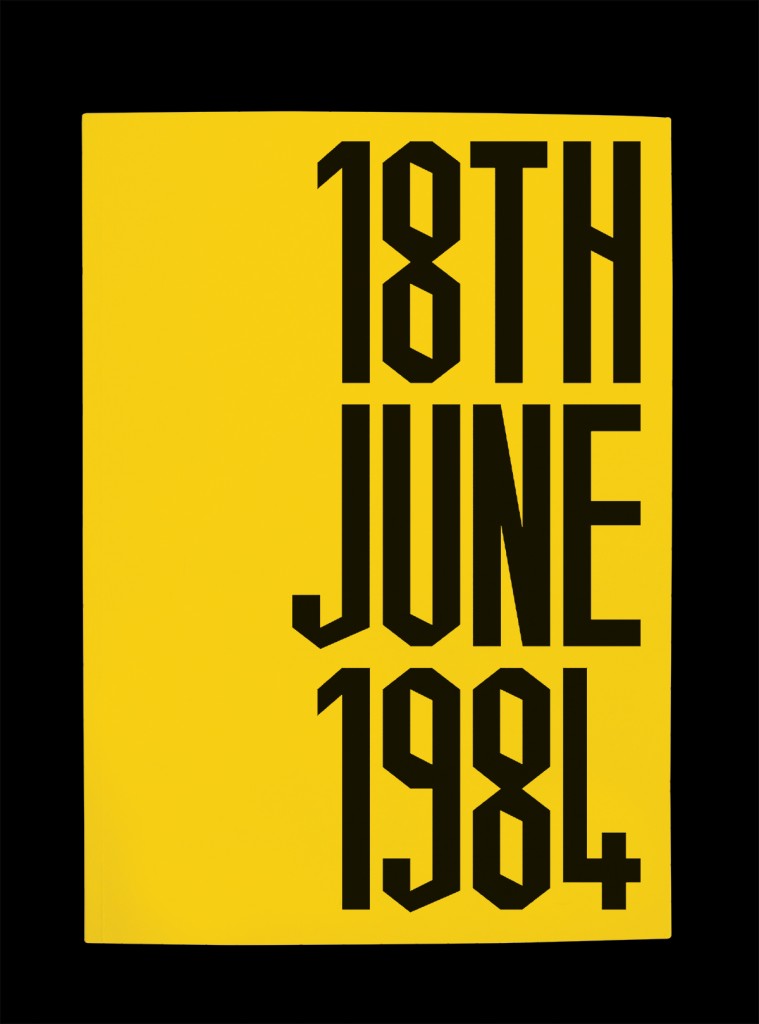 Read more here:: Highlights from the expanded edition of In Loving Memory of Work