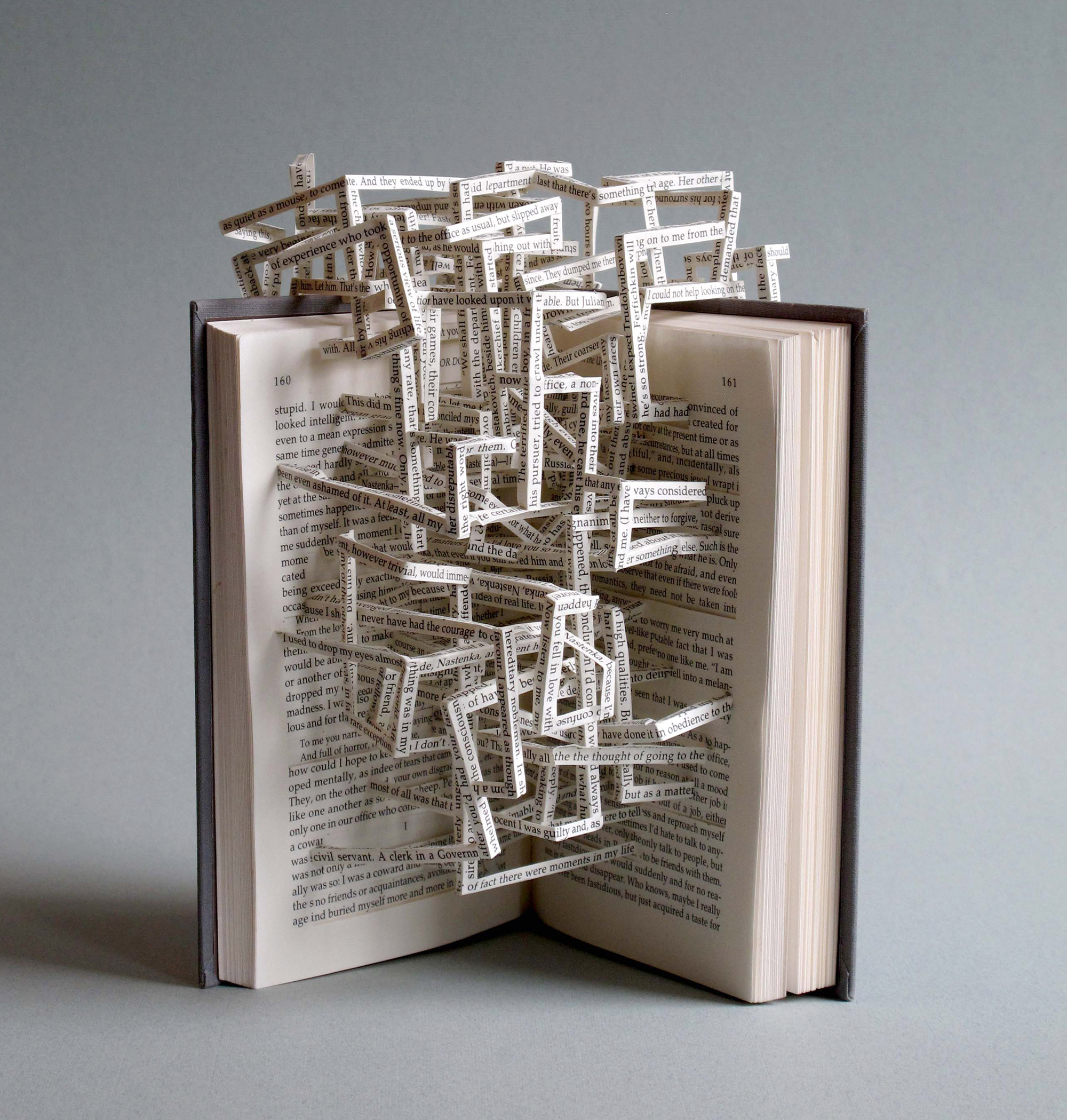 Stephen Doyle describes his interconnected book sculptures as “miniature monuments, testaments to the power of language and metaphors of imagination.” Featuring angled scaffolding and interlocking constructions that appear to grow directly from the bound pages, the sprawling sculptural forms that comprise his Hypertexts series are unruly and enchanting reimaginings of how information is communicated.

The New York City-based artist lobs off parts of sentences, tethers phrases together with an unrelated word, and generally obscures the author’s intended meaning, producing arbitrary and striking connections within the text. Although the paper sculptures are tangible manifestations of language, Doyle tells Colossal that he originally envisioned the spliced works as satirical commentaries on digital diagramming. “I first started when ‘hypertext’ was a novel term of the internet: blue underlined text was a portal, linked to another document in the ether. Linking one text to another seemed rather DADA in intent, abstract, random, and capricious,” he says, explaining further:

I conjured sculptures in which the lines of text shook off the shackles of the page, leapt up, out of the book, and started conferring with their neighboring lines of text, creating an aerial network of language, turning text into synapse, circulation… I soon realized that these three-dimensional diagrams seemed to have a poetic power of their own, recontextualizing language and ideas into sculptural forms, inspired by the books themselves.

A graphic designer by day, Doyle has spent the last few years expanding his Hypertexts series, which has been featured in The New Yorker, Wired, The Atlantic, The New Republic, and other publications. If you’re in New York City, you also might have seen the triptych he created for the subway a few years back. You can follow his works on Instagram. (via swissmiss)