Landscape Photography and the Human Element 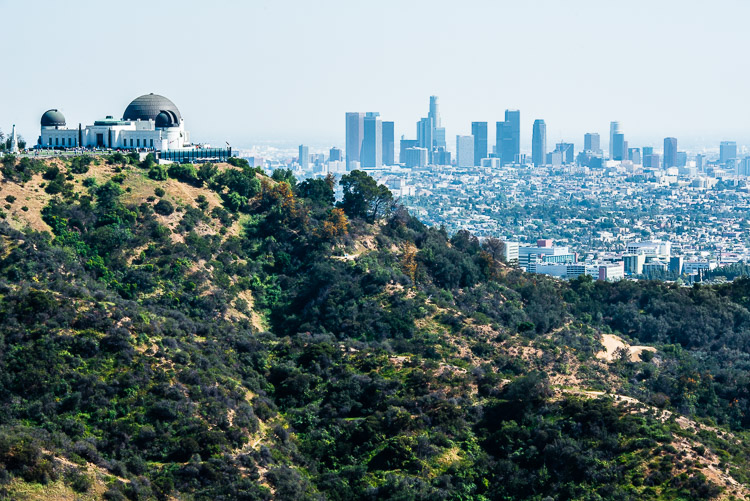 When I think of landscape photography, my mind conjures up a towering mountain vista with a glowing tarn sprawled out in the foreground, or a tumbling torrent flanked by evergreens.

It’s hard to not be drawn in by a great landscape image. After all, most of us yearn for wilderness or a connection to nature, especially in our electronics-dominated lifestyles. Of course the landscape that unfolds in front of us isn’t always the wilderness, on the contrary, sometimes it’s a concrete jungle.

Urban landscapes focus on the human element as the subject.

What does it mean to have a human element in a landscape image? By definition landscape photography should be purely natural, but as is often the case with art, it is subjective and the lines delineating the rules are blurred.

I find that sometimes adding a human element – whether it is a person or something that hints at the presence of people – can help humanize the image and bridge our connection to the story within. Every photo can tell a story if you open your mind and look into it deep enough. Even pictures of nature tell the tale of an eternity of geologic processes at work or the incredible diversity of life that has blossomed out of seemingly nothing.

One thing about photographing the world, that I’ve learned over the years, is that many images offer more intrigue, or become more powerful by including a person. A landscape image can certainly evoke a host of emotions, but seeing another human being in the photo seems to help nudge us in a certain direction.

A tiny person among a huge landscape can give you perspective and scale, while an expression or form can suggest a feeling of awe, contemplation, or any number of emotions. 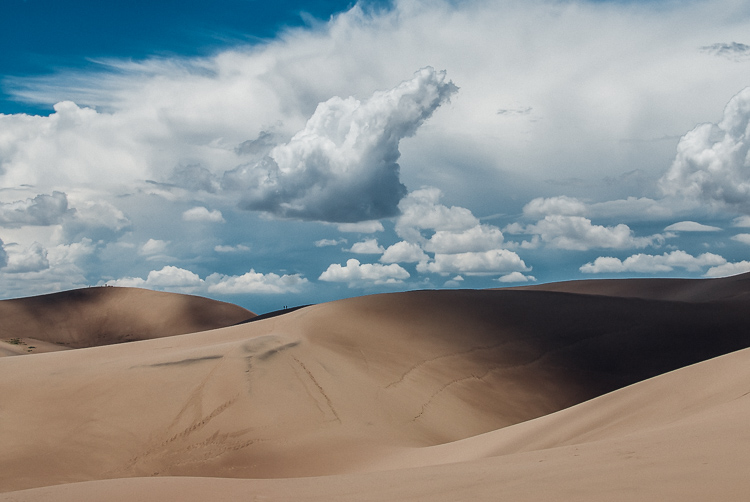 They shouldn’t be the main subject of the image, but including people in a landscape photo can help provide a sense of scale.

This photo below of Vernal Falls in Yosemite Valley could have easily excluded people as well as the stairs – also a human element. This waterfall is visited by hundreds of people per day and has been photographed from a million angles. After reviewing my photos from this little excursion, I realized that I liked this one the best. I like seeing the steps which were obviously very difficult to construct. I picture workers toiling for weeks or months to build them decades ago. They also reveal the steep incline you must climb to get a good view. The girl’s posture and expression shows her relaxing after the climb and obviously happy with the reward. 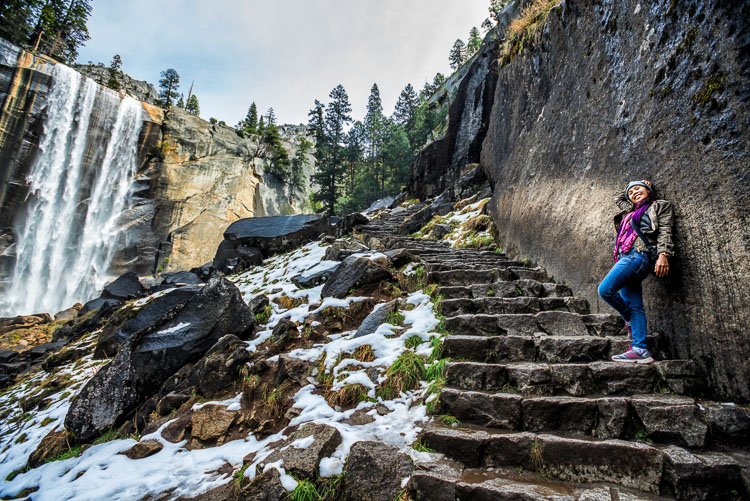 Photographic genre lines are often blurred, like this image which lies in the realm between a landscape image and an environmental portrait.

Although this next photo doesn’t show people, it provides evidence that the mountains aren’t just empty wilderness. With just a small plume of smoke sneaking into the frame, you now have more than a dramatic vista of the late day sun trickling over these mountains in northern Thailand. Even though you don’t have all the details, you know there’s a story. Are there people camping in that spot? Is there a village? A wildfire just beginning? 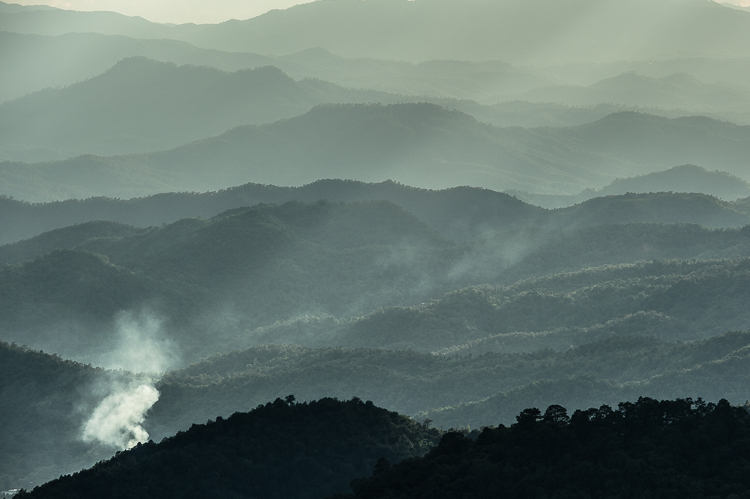 Sometimes simply hinting at the presence of people can add intrigue.

The wisps of smoke also give another point of focus. Without it, whatever this photo has to offer is quickly recognizable with just a quick glance – a pretty pic of some rolling hills. In this case the human element adds intrigue and a bit of mystery.

In the summer of 2012 Colorado was hot, dry, and on fire. Several fires torched mountainsides, as well as the houses perched on their slopes. There was a lot of smoke, and even some ash floating around. Later in the day, the low angle sun would illuminate the smoke and make it glow all sorts of colors, which simultaneously looked both beautiful and apocalyptic.

I wandered out with camera in hand and found this lake, which I thought would be a nice elemental balance of water in the foreground with dry, burning hills behind, and that brilliant glowing reflection. It was a private lake with a barbed wire fence around it, which I included in some of the frames I shot. 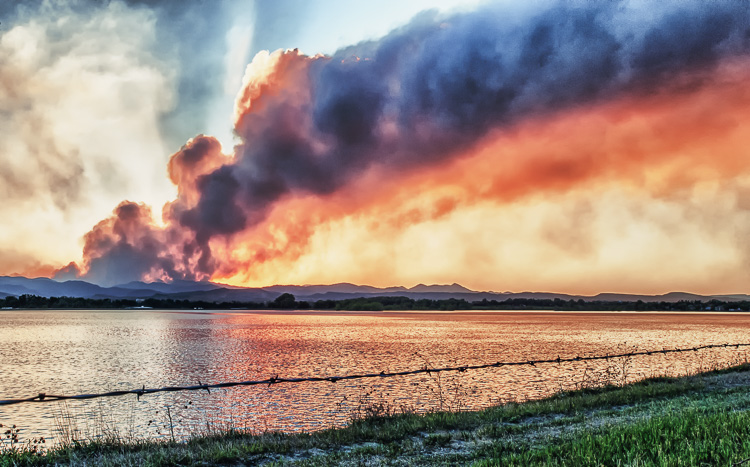 The human element can be used to add symbolism.

I found that the barbed wire helped accentuate that apocalyptic feeling while insinuating symbolism at the same time. That symbolism could be interpreted many ways. To me, I have studied some fire ecology and learned of the dangerous conditions we have created by suppressing wildfires for decades, and the barbed wire symbolized that maybe we should keep out of nature’s business.

What do landscape photos mean to you? Do you prefer them devoid of any hint of human presence?

Here on dPS this is landscape week – the first of several articles and tips was posted earlier today. You can see it here: 6 Tips for Better Low-Light Landscape Photography. Watch for a new article (or two) on landscape photography daily for the next week.