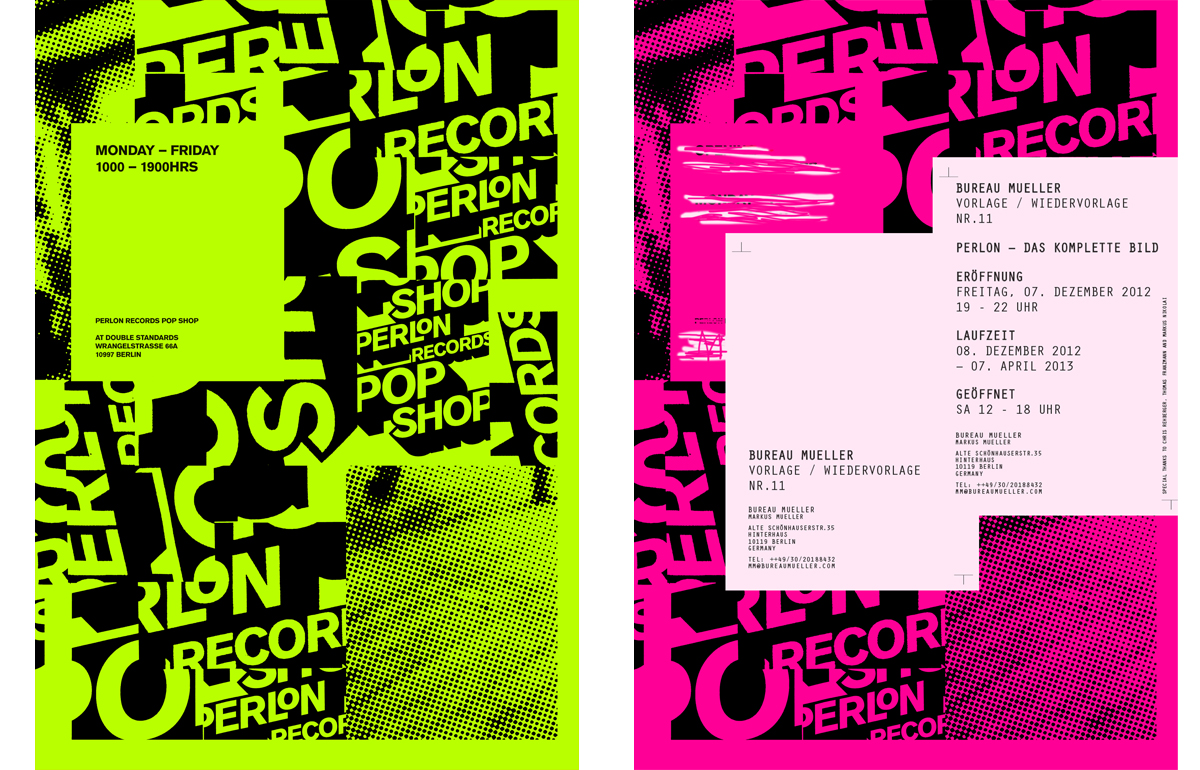 Perlon was founded in Frankfurt in 1997 and produces experimental electronic music. The label has no website, no publicity team and releases just a handful of records each year, but it has attracted a cult following, with monthly events at Berlin’s famous Berghain nightclub and over 30,000 fans on Facebook (despite the fact its page hasn’t been updated since February 2014).

Rehberger, Nikolai and Franzmann met when Rehberger’s wife was working at Nikolai’s optometrist shop. The designer had been making some experimental typographic prints, Nikolai saw them and asked if he would like to make some music to accompany them. He introduced Rehberger to Franzmann and the group formed a music project PILE, which was signed to Sony Records in 1995. After releasing one record, however, Rehberger says the group didn’t receive the support they were expecting, and decided to set up their own label after their contract came to an end.

[Sony] told us they could do loads of merchandise and publicity, and it seemed like a great opportunity but from then on nothing really happened,” explains Rehberger. “After we were released from the contract, we sat down in a bar in Frankfurt and said, ‘what do we do now?’ I think it was Thomas that suggested making our own record label, but none of us really had any idea what that meant.”

“We started with one record, thought we’ll see how it goes, then put out another and another, and never expected much from it – we’re really gobsmacked at how popular it has become and didn’t realise until two years ago that we had such a big fan base.”

Perlon has now released over 100 EPs and collaborated with DJs and producers from around the world. Rehberger says he had no idea it had developed a significant following until 2012, however, when he set up a pop-up shop at Double Standards’ studio selling records produced by the label.

“We thought ‘we’ll open the doors at six and see if anyone comes’ but we had a queue of 50 outside before five, who had come from all over Europe – Marseille, Brussels, London. 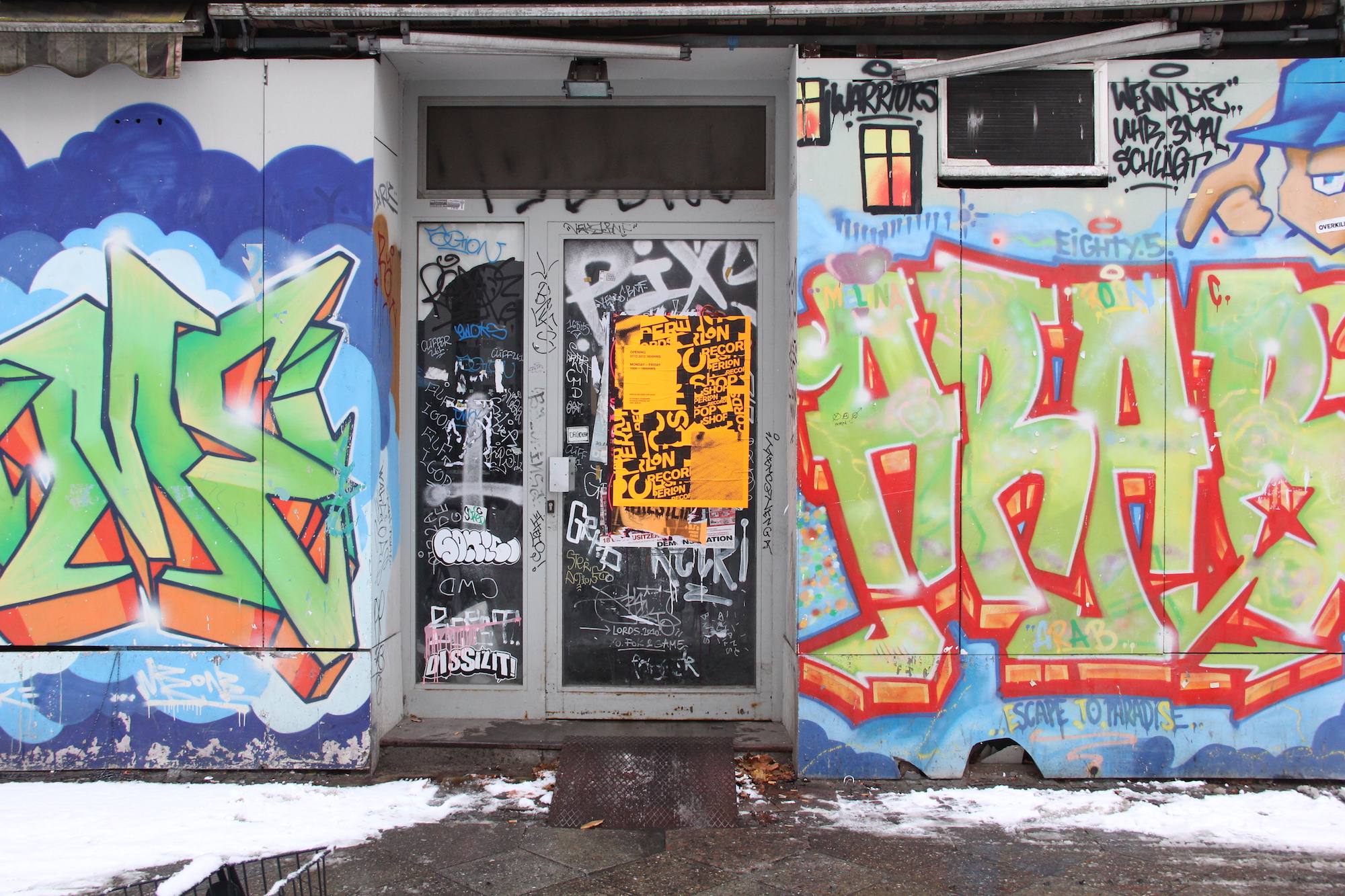 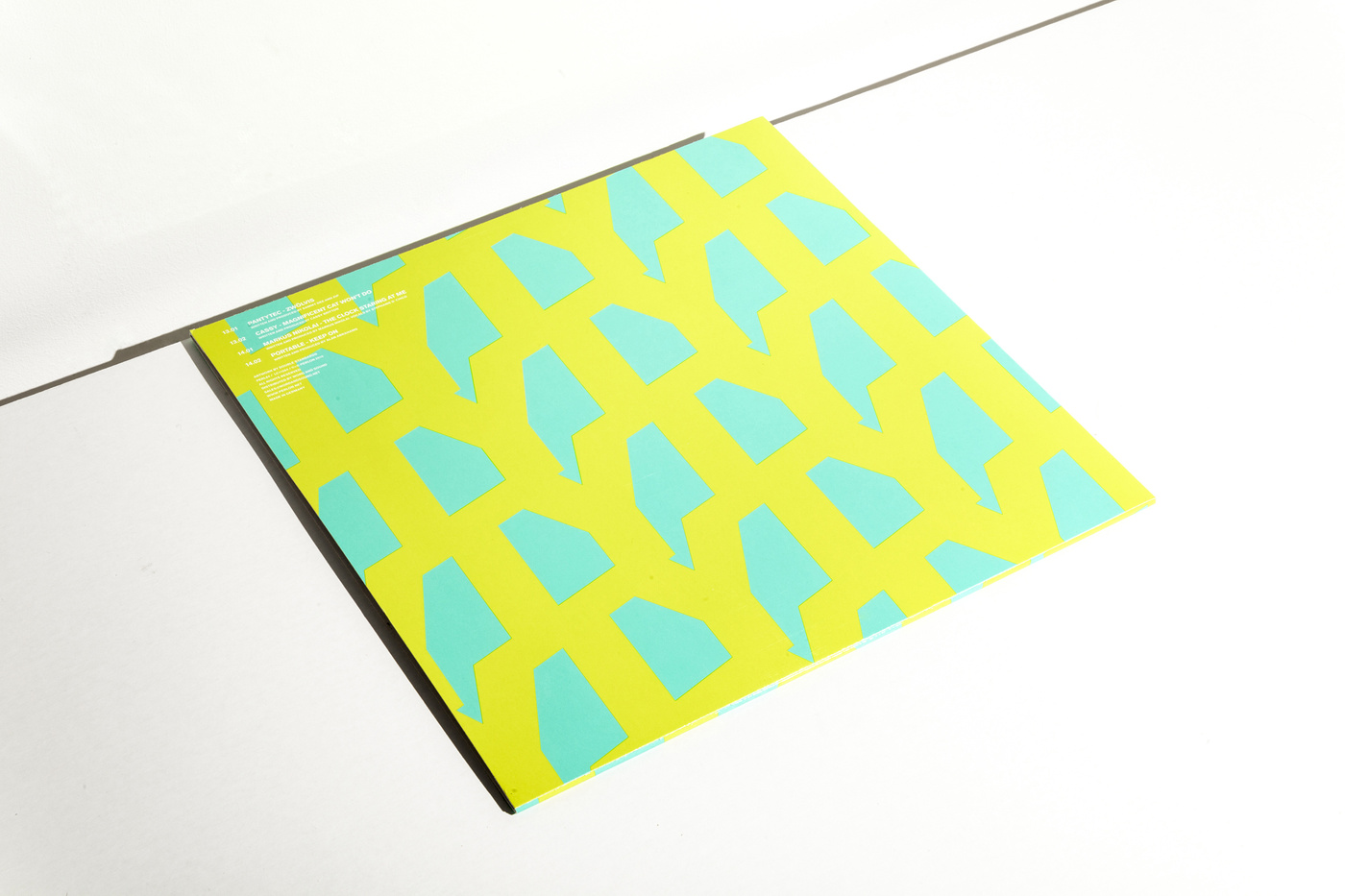 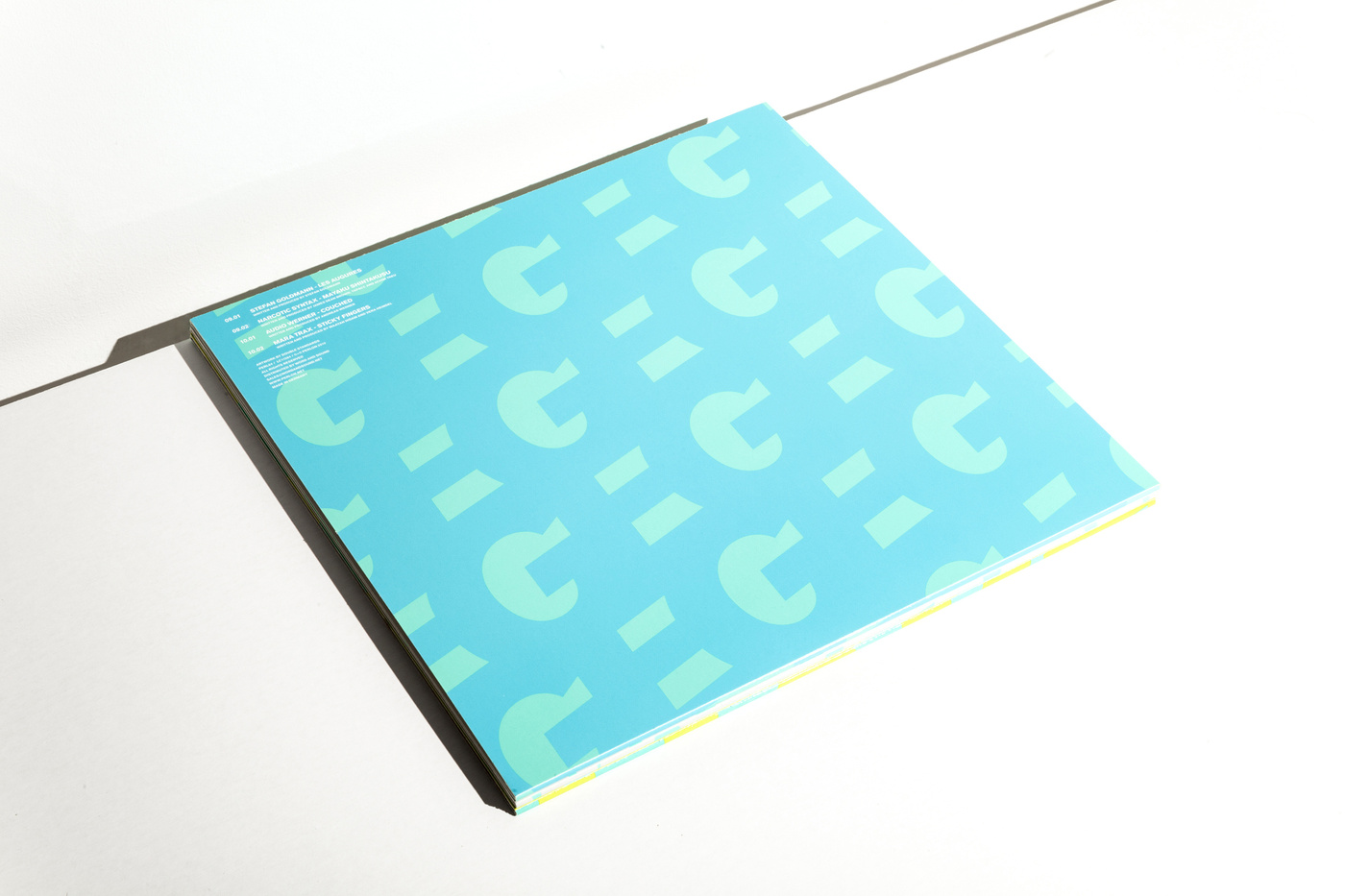 “We expected to run it for a weekend but we did it for a month, and almost three years later we still get people knocking on the door asking if they’ve come to the Perlon shop,” he adds. “We’d like to do it again – we’ve had offers to put on pop-ups in London, New York and Los Angeles but just haven’t found the time yet. Thomas tours a lot, Markus runs his optometrist shop in Frankfurt and I’m running my business full time.”

The label sells thousands of copies of its records each year, but Rehberger says its following has spread mostly by word of mouth: there is no production schedule, no marketing plan and a holding page at perlon.net has been promising a website “imminently” since 1998. While this is mainly due to the fact its founders are all busy with full time jobs, it has also worked in Perlon’s favour by building a sense of intrigue around the label.

“We have never pushed it too much, we just put out things that we liked and we believed in and I think that’s what makes the label what it is, and why artists like working with us,” says Rehberger. “We never push anyone in a certain direction, so some of our stuff is pretty experimental, and because we don’t do much publicity, we have quite a mysterious aura.” 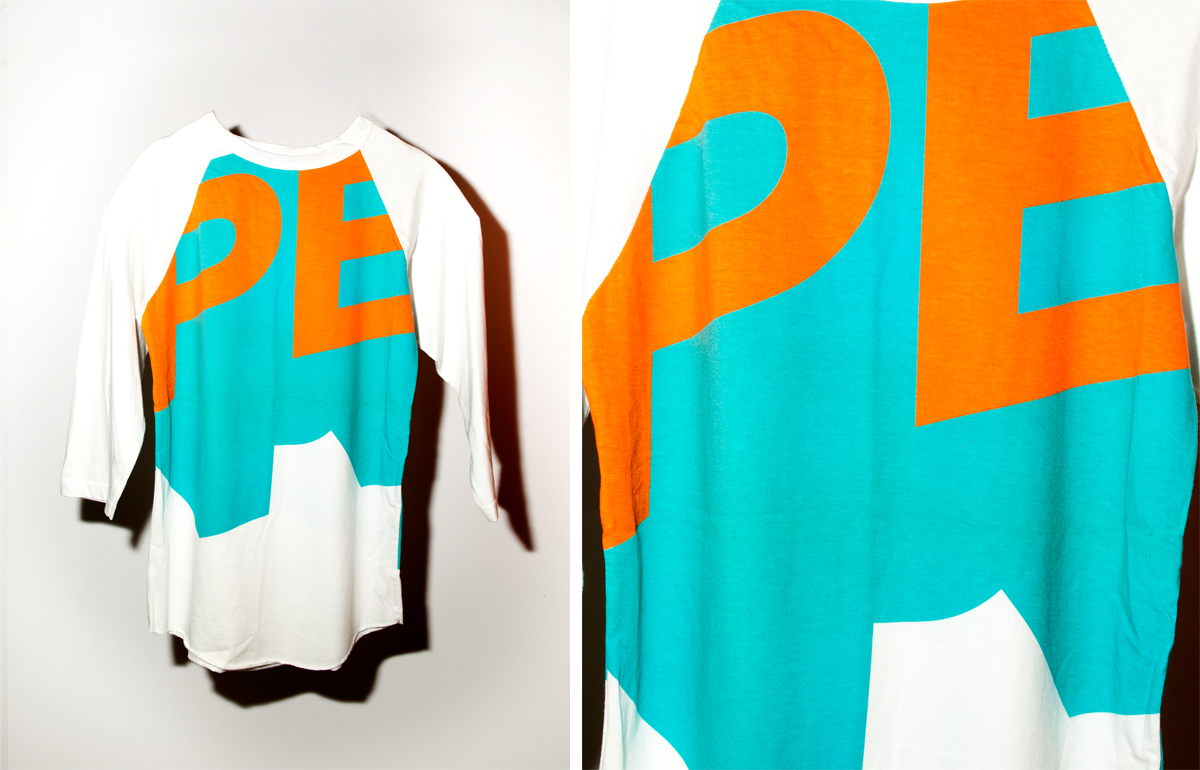 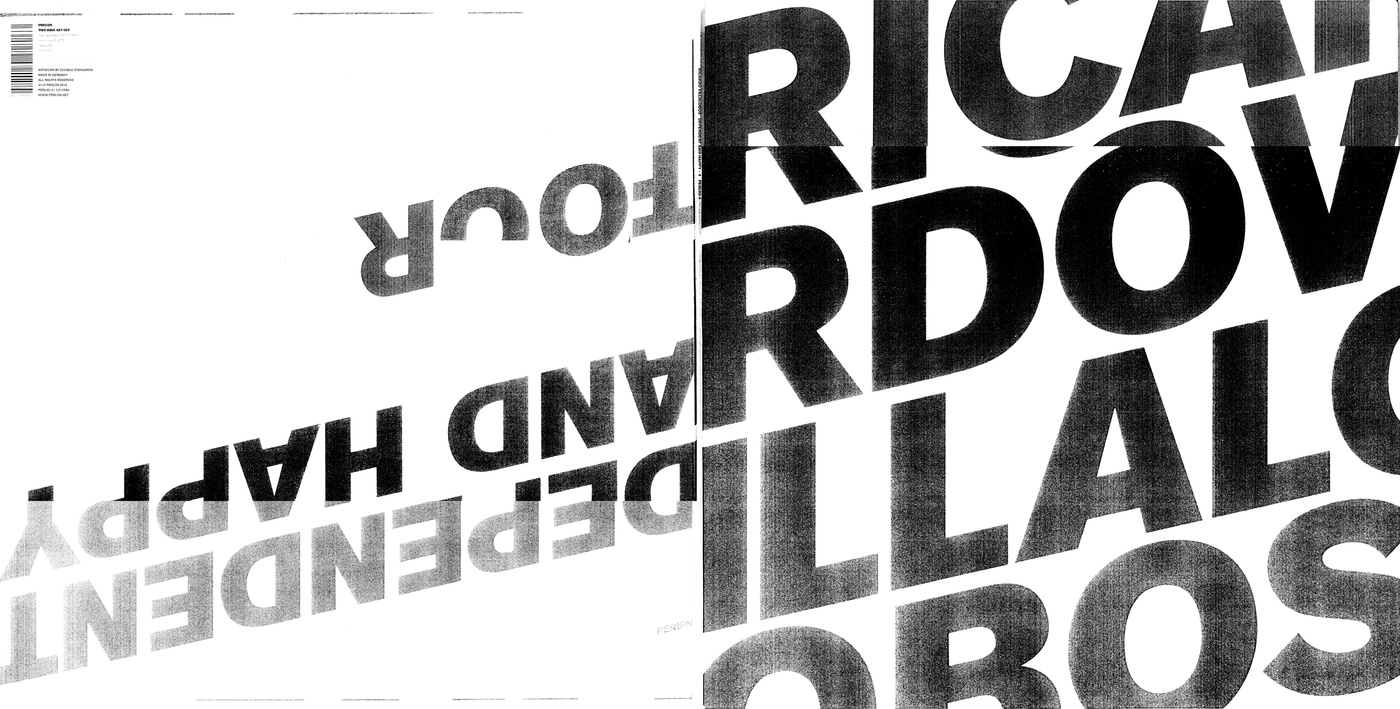 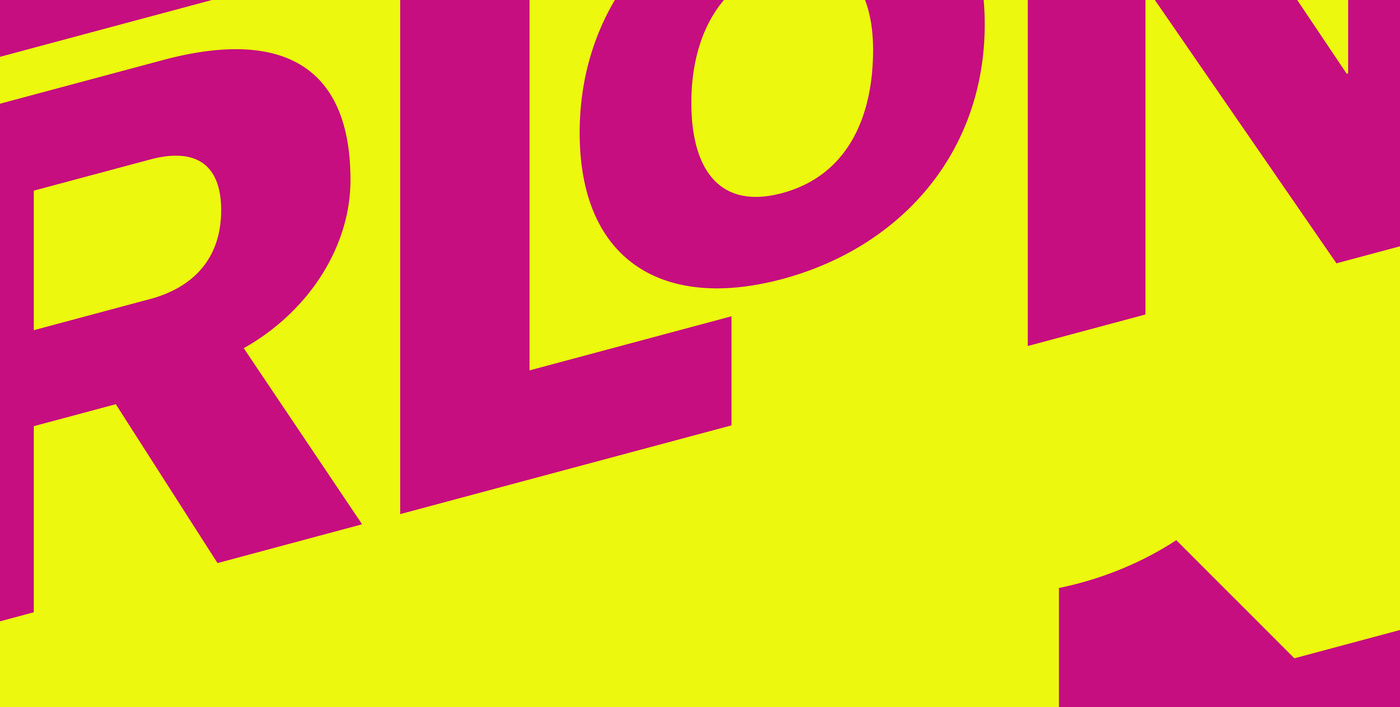 The group still manages to meet up in the studio every few months and will be releasing Perlon’s 106th EP, by Canadian musician Marc Leclair (under the name Horrors Inc) later this year. Each of its albums come packaged in a striking typographic sleeve designed by Rehberger, featuring bold contrasting colours and an abstract take on Perlon’s logo.

“We’ve been working with the same logo for almost 20 years but I’m still trying to define new shapes with every sleeve we print,” he says. “We’ll print about 10,000 of one design, and when we run out, we make a new one. For me, it illustrates how our label works – it’s kind of the same, but always different. And if you put them next to each other, it’s like a loop that changes and fragments over time. It also fits with the music, which is quite abstract, quite minimalist.” 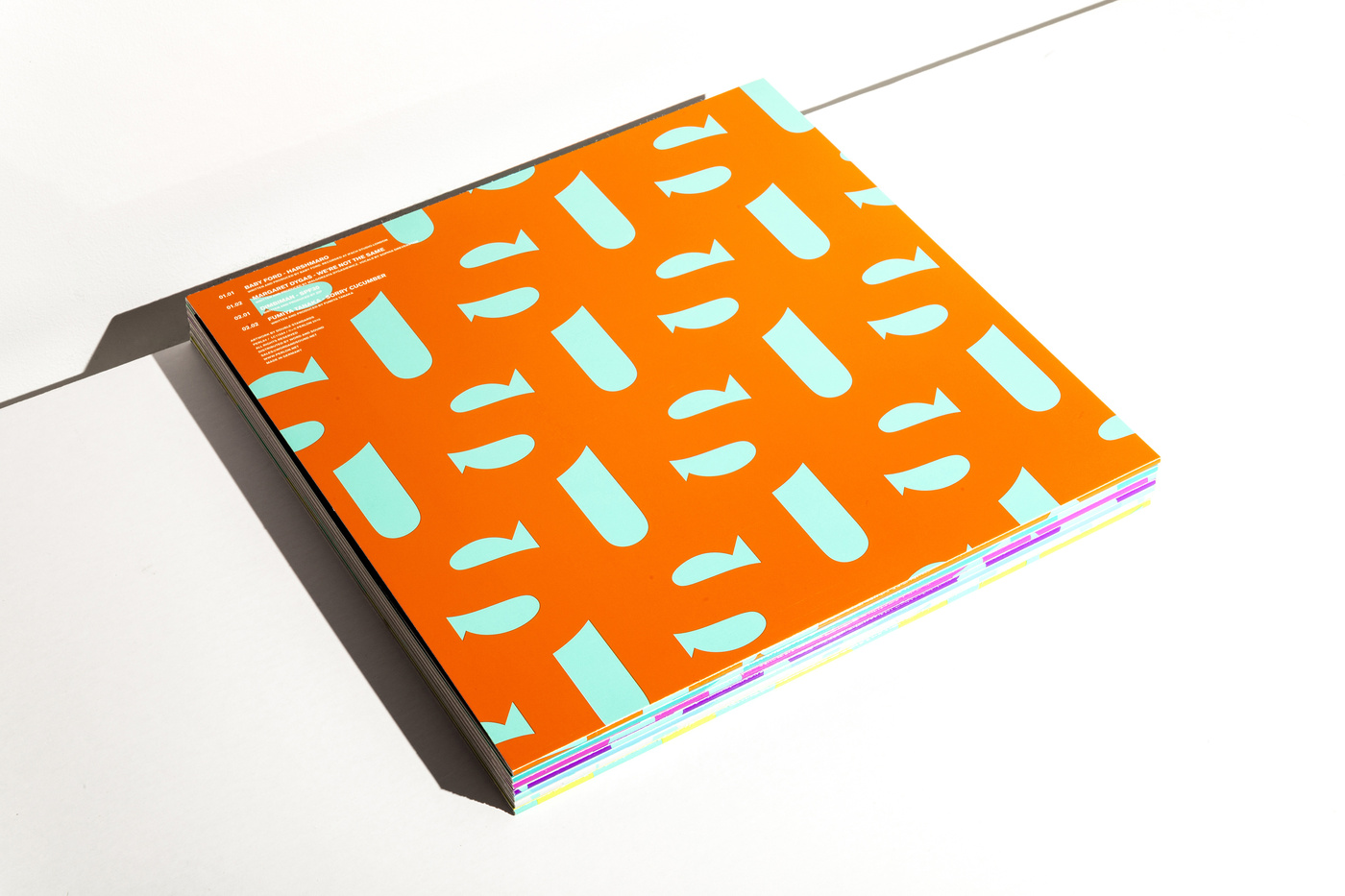 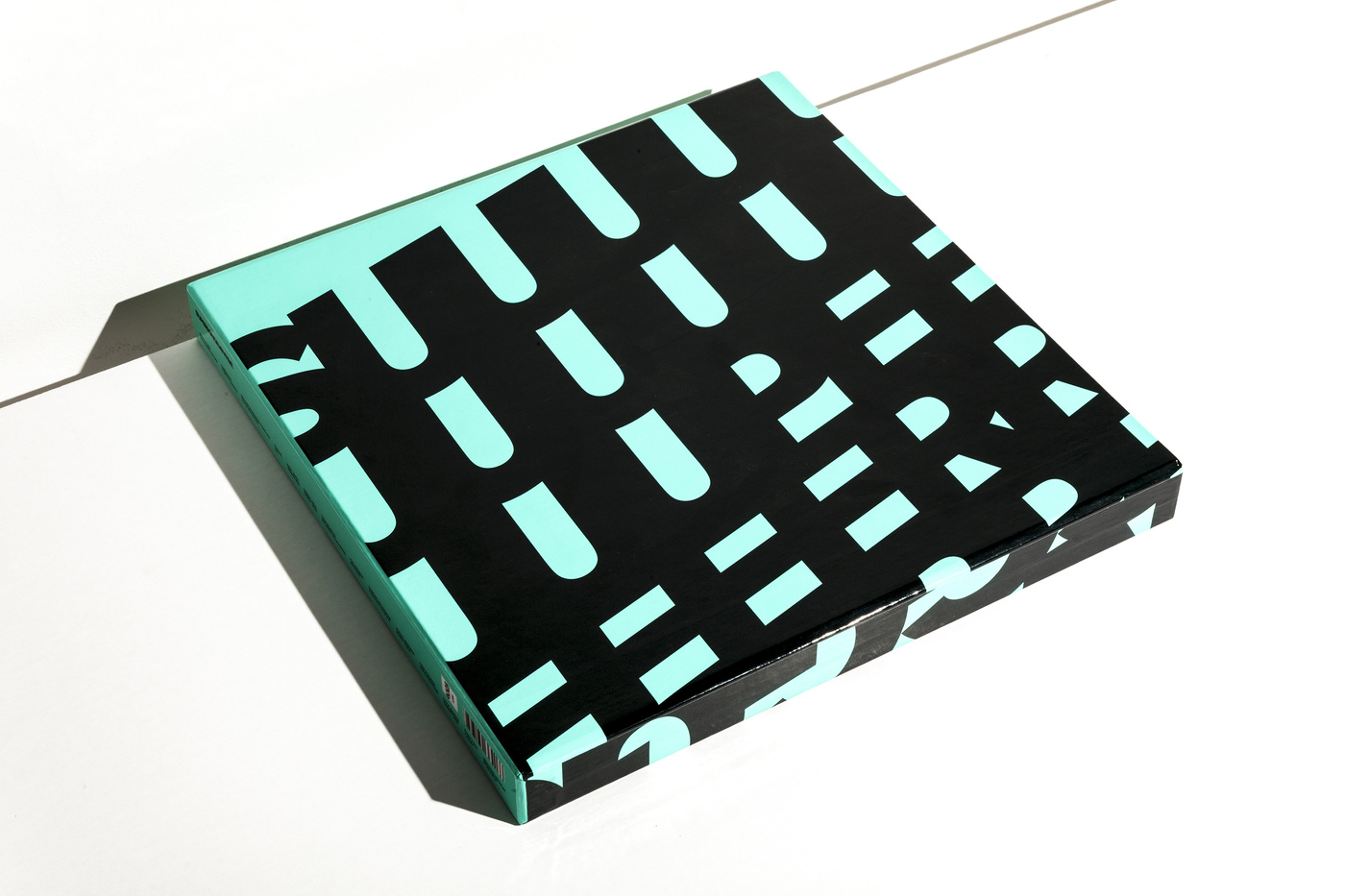 Using the same symbol to create over 100 designs may seem like a repetitive task, but Rehberger describes it as an “exciting” creative challenge: “I have to keep trying to find inspirations for it. I might see a colour combo that I like somewhere, and that becomes the idea for something new,” he adds.

Designing for Perlon has also inspired some of Double Standards’ commercial projects, he says – such as its identity for this year’s Venice Biennale and wayfinding for the Berlin Museum of Arts and Crafts.

“It’s a totally different clientele you’re working with. Our studio works mainly with fine art, theatre and cultural organisations, but with Perlon it’s club culture, and it’s nice to have that mix of high culture and this quite freaky, experimental stuff,” he says. 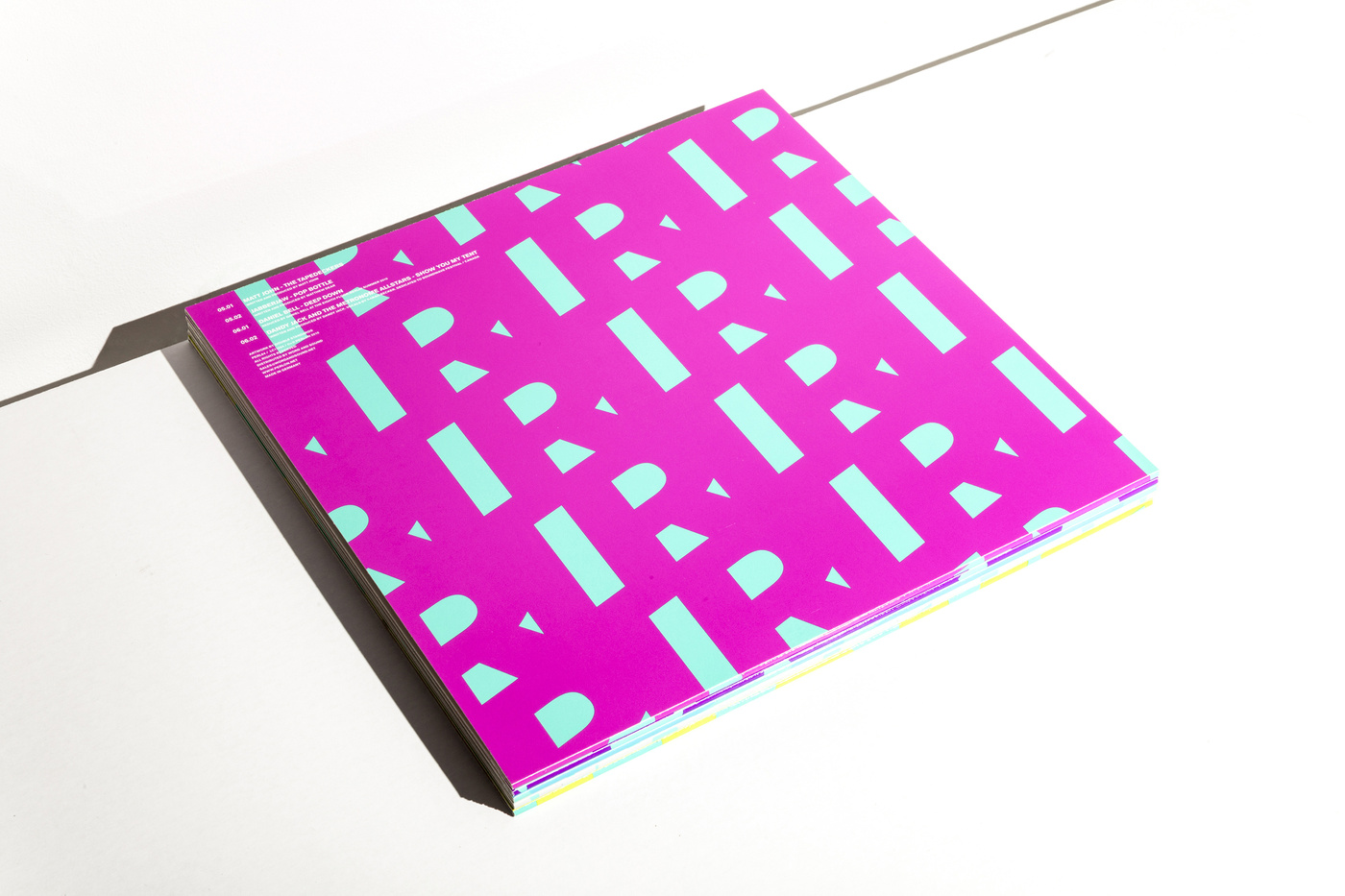 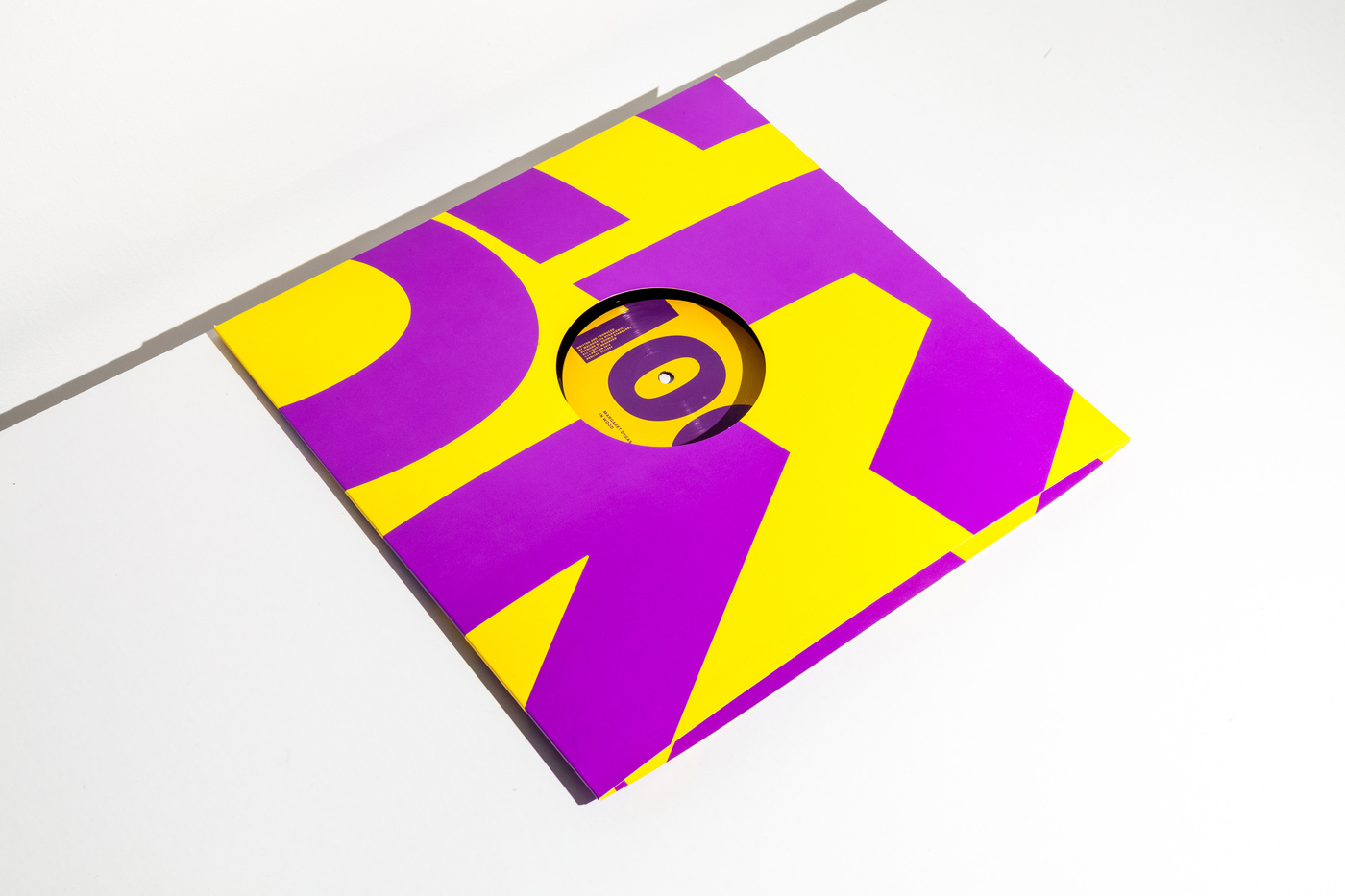 “If you look up our All the World’s Futures corporate design and books for the Venice Art Biennale, the Kunstgewerbemuseum Berlin (Arts and Crafts Museum Berlin) guidance system we created [and] the Schirn Kunsthalle Frankfurt corporate design … it is all playing with an quite obvious message with many layers hiding behind it. This is [also] how our music is composed … but I think that’s nothing new to create these cross references between different genres … or at least for us it isn’t.” 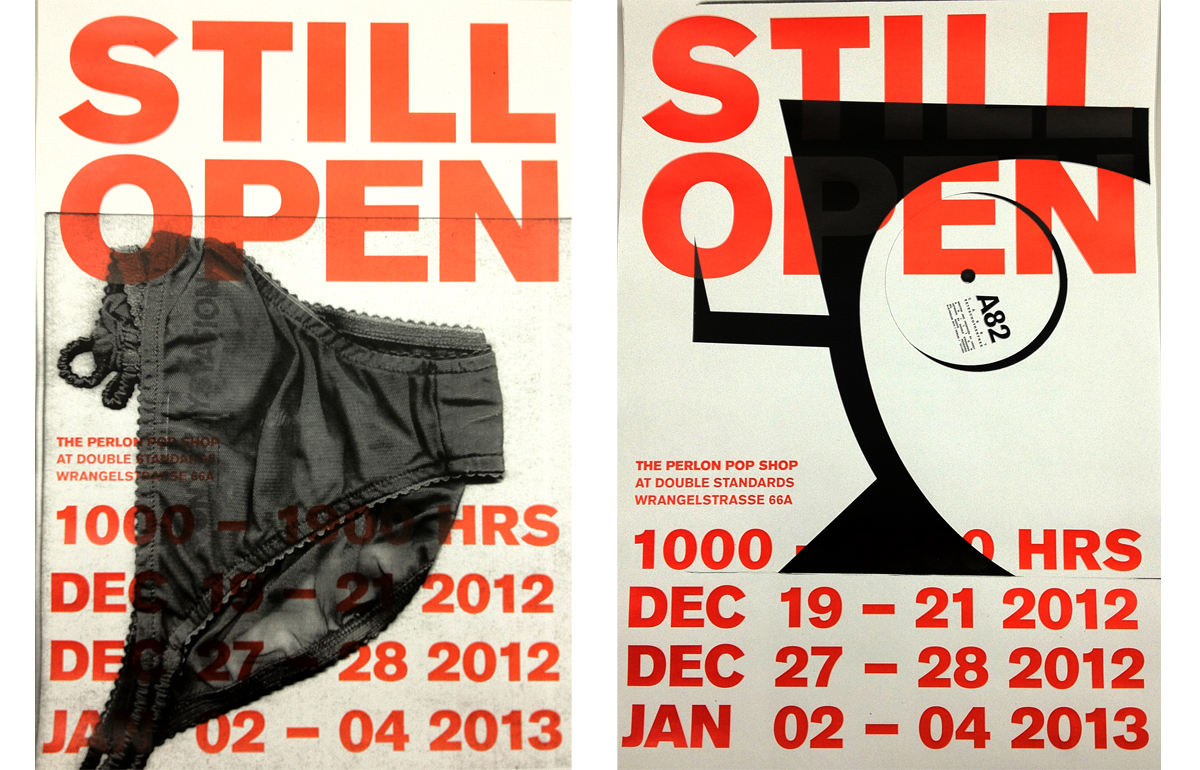 While the label’s following continues to grow, Rehberger says there are no plans to turn it into a full time venture just yet – in part because he has a studio to run, Nikolai runs his shop and Franzmann is often touring, but also because the group think are reluctant to change the nature of the business. 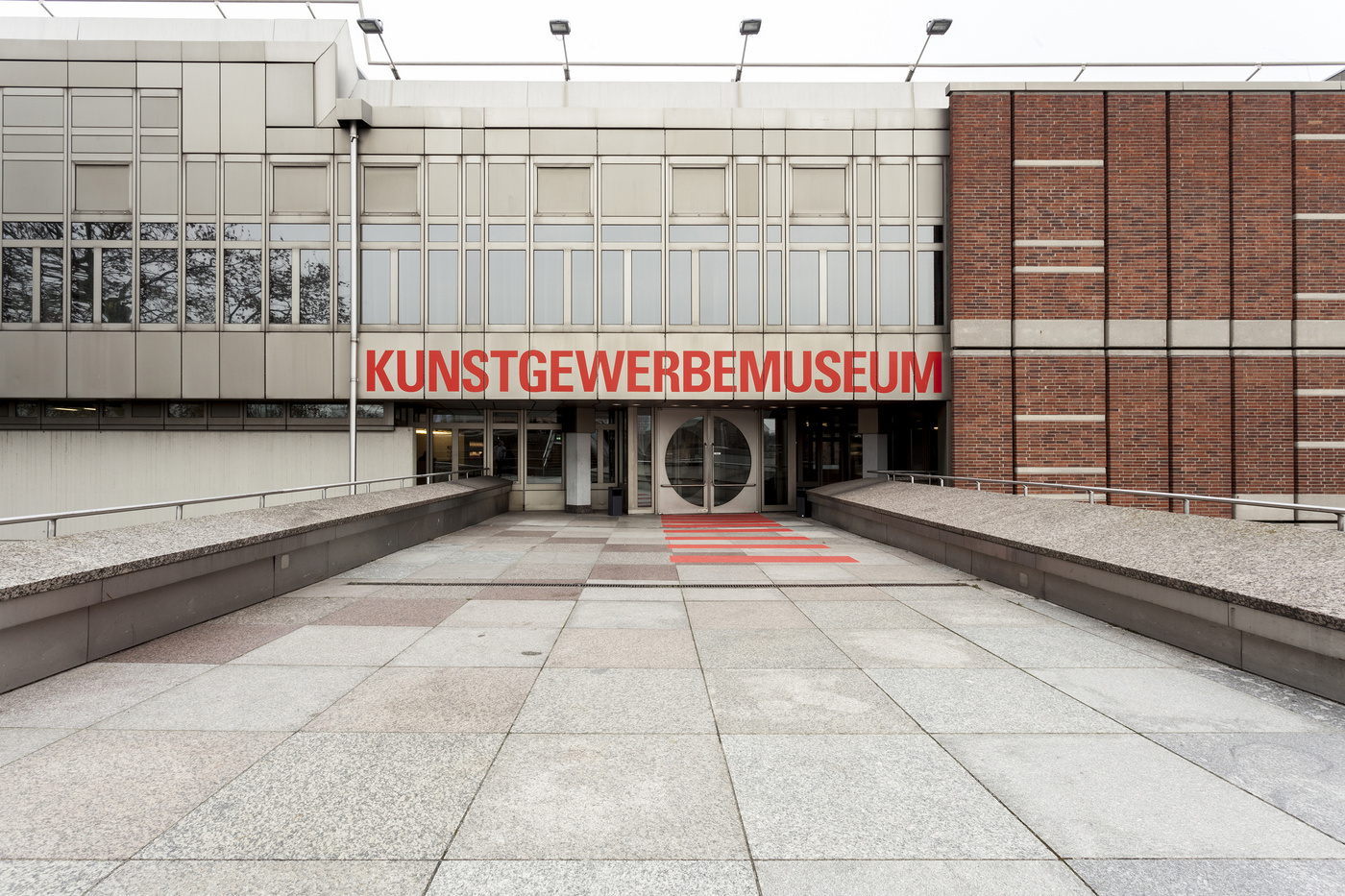 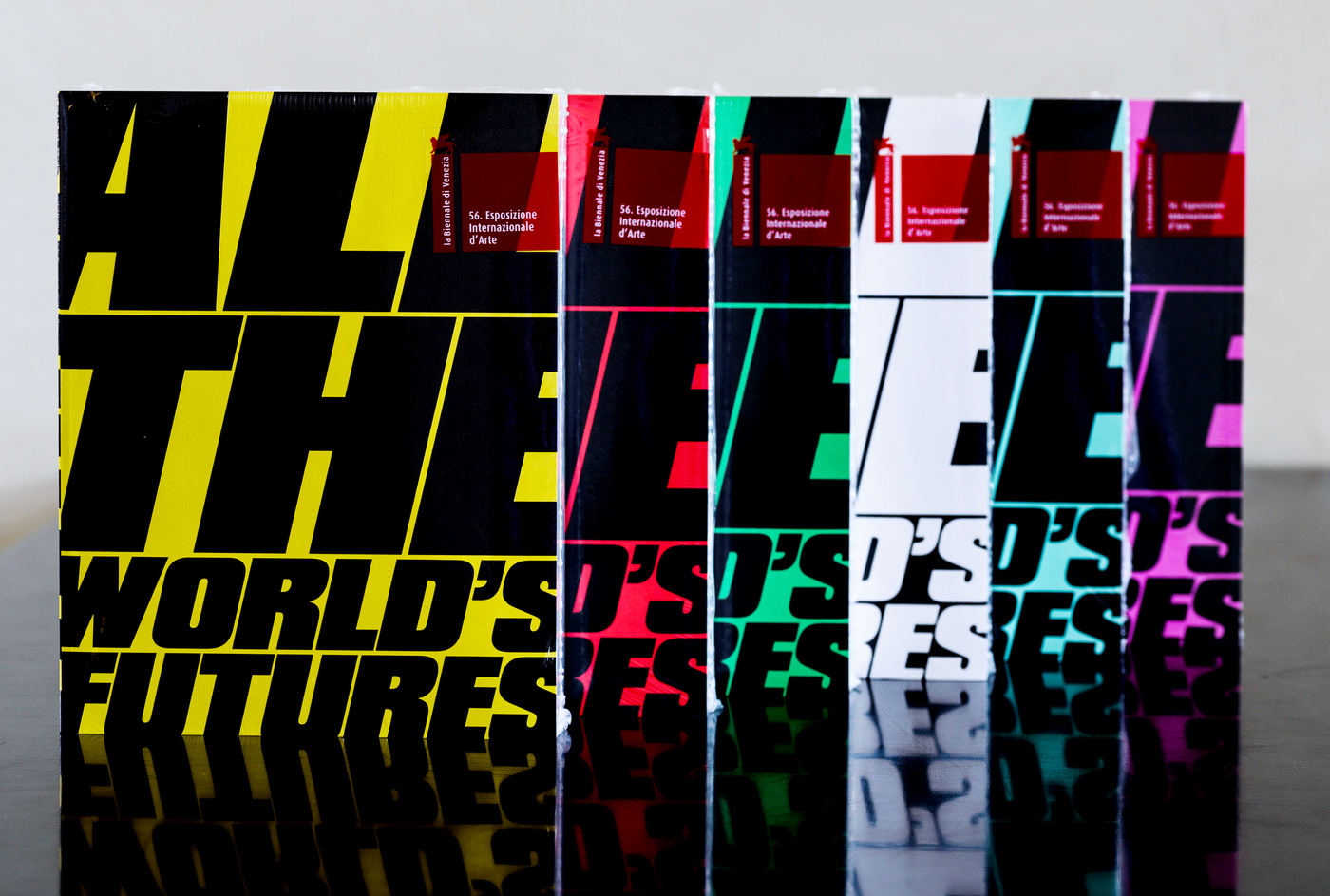 Double Standards’ wayfinding for the Kunstgewerbemuseum Berlin (Arts and Crafts Museum Berlin) and identity design for this year’s Venice Art Biennale, projects which Rehberger says were inspired by his work for Perlon

“I believe if we’d push for more, it would turn into a machine we don’t want to be part of for many reasons. The one and main reason would be we’d have to force the artists to deliver (something) on time … and what if the quality of the music starts lacking because of this? This would be the beginning of the end,” he adds.

Get Perlonized takes place on the first Friday of each month at Panoramabar/Berghain. You can also sign up to receive emails from the label at perlon.net