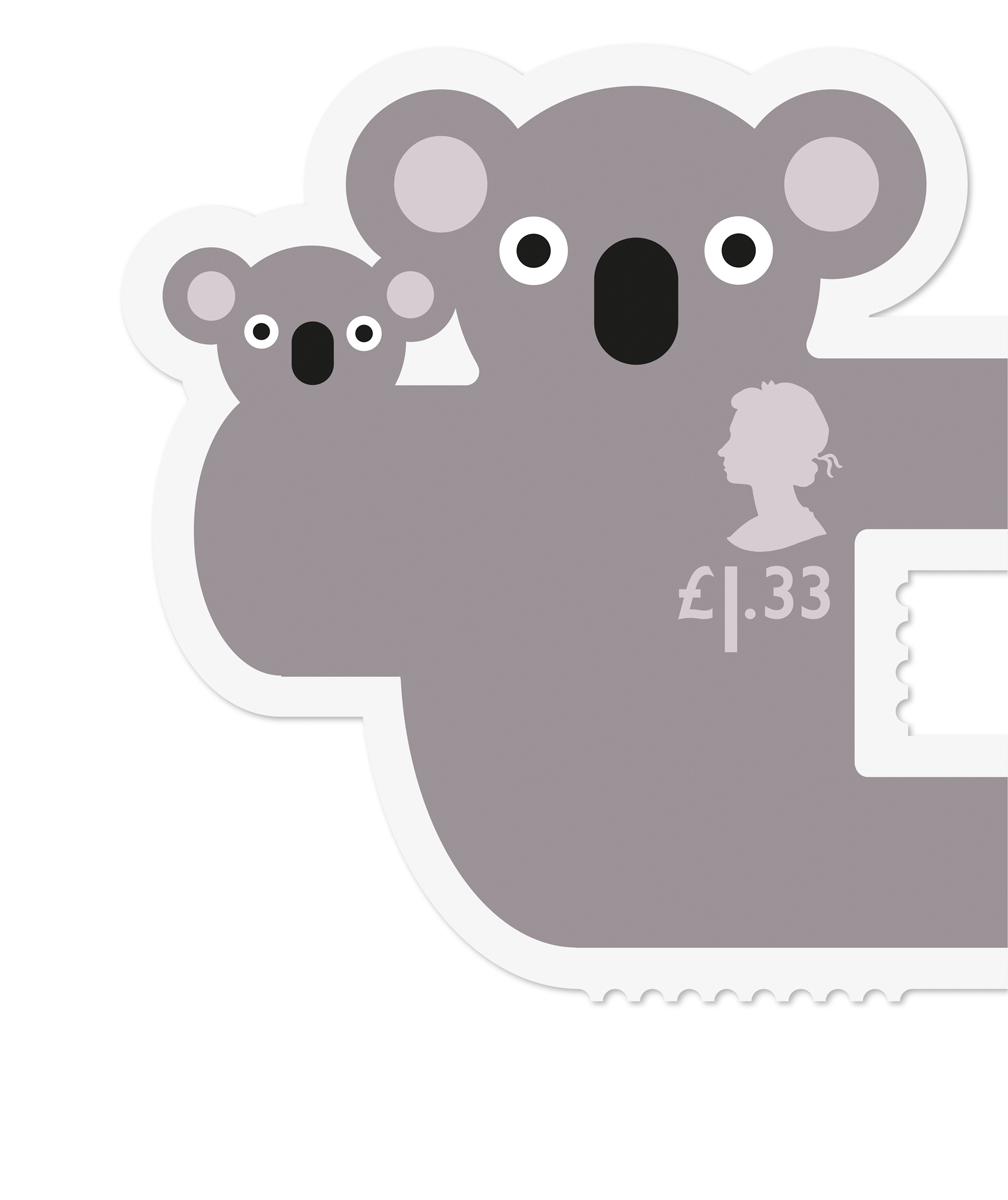 “The brief at the beginning was very open,” says Andrew Ross, “’design something which has never been done before and which will appeal to children’. We presented several ideas but this was the one that everyone liked from the very start. We tried variants using people but animals gave more scope in terms of hanging and clinging on to things; they were also inherently cuter. It was then a matter of coming up with a set which had variety in terms of colour and shape as well as what kind of creature it was: not too many birds nor too many mammals.”

“Once this was narrowed down,” Ross says, “it was a matter of reworking each creature to conform with the technical requirements of a stamp: how far down the stamp should be on an envelope, how far in, which colours to use to enable a good phosphor reading for sorting. This required sending trial stamps through the system and resulted in several stages of adjustment: black creatures proved the most tricky.” 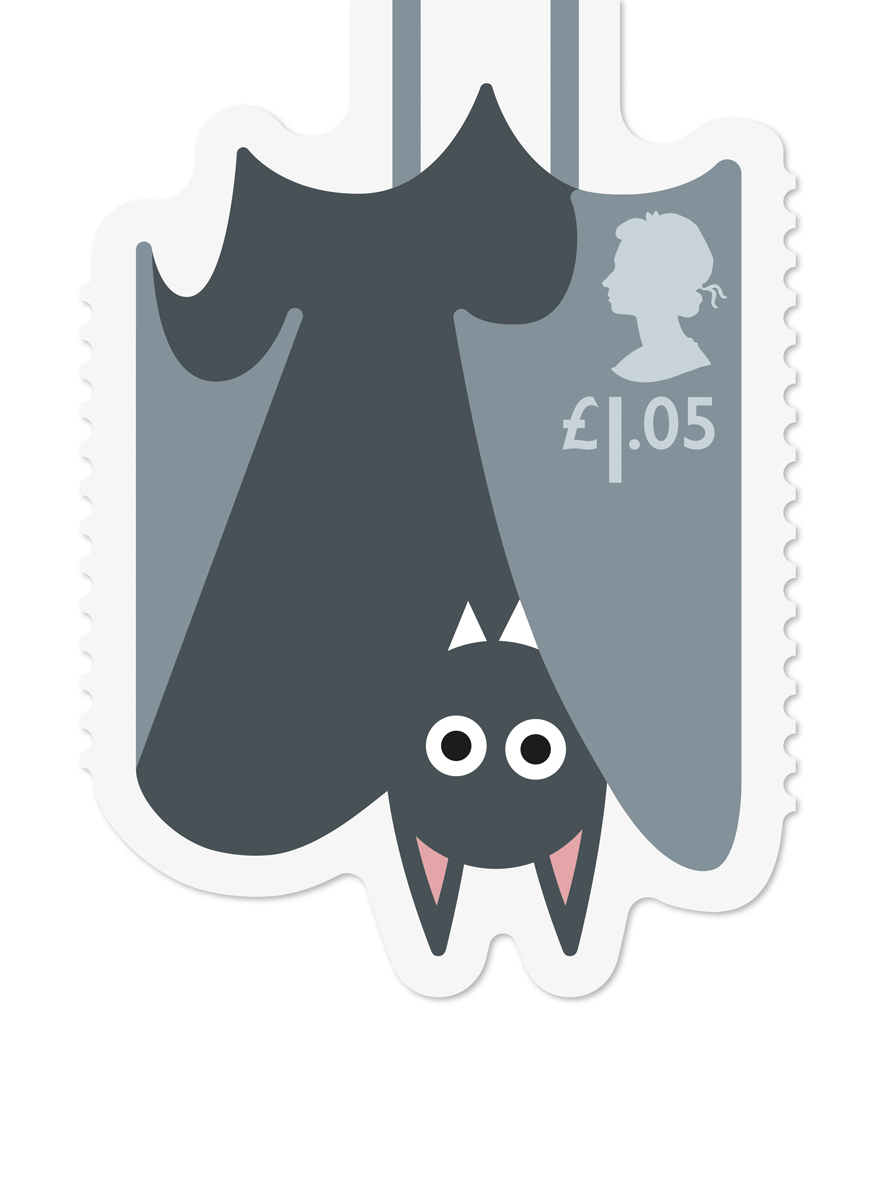 Osborne Ross did all the illustrations themselves and designed them to allow straight edges for perforations: part of the language of a stamp.

The studio has worked with the Royal Mail for some years, starting with a National Portrait Gallery project in 2006. Both Debbie Osborne and Andrew Ross also had experience of stamp design before setting up their studio – Osborne had worked on the Millennium stamp issue at Pentagram while Ross worked on the multi-award-winning Fun Fruit and Veg stamps whilst freelancing at Johnson Banks. 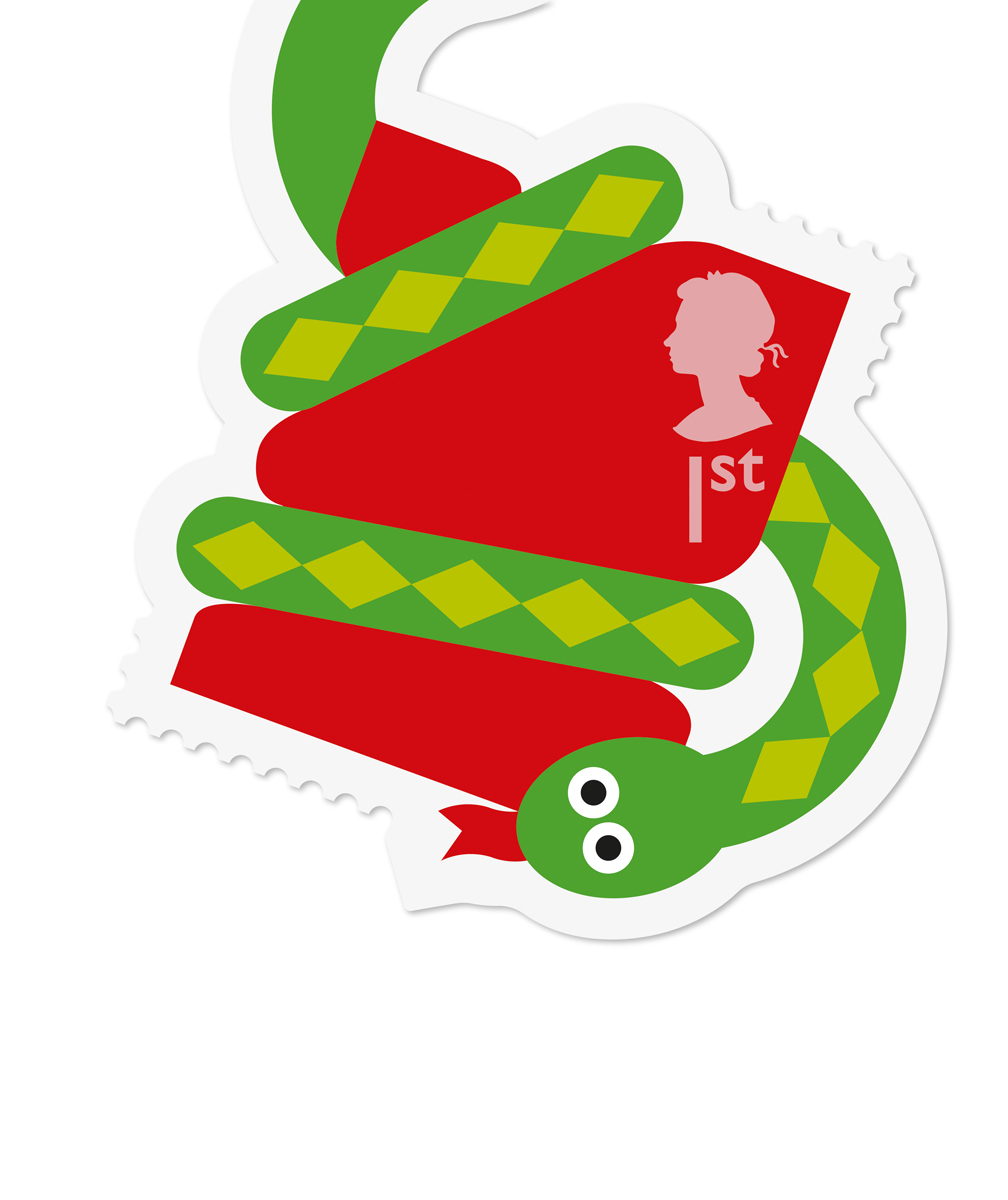 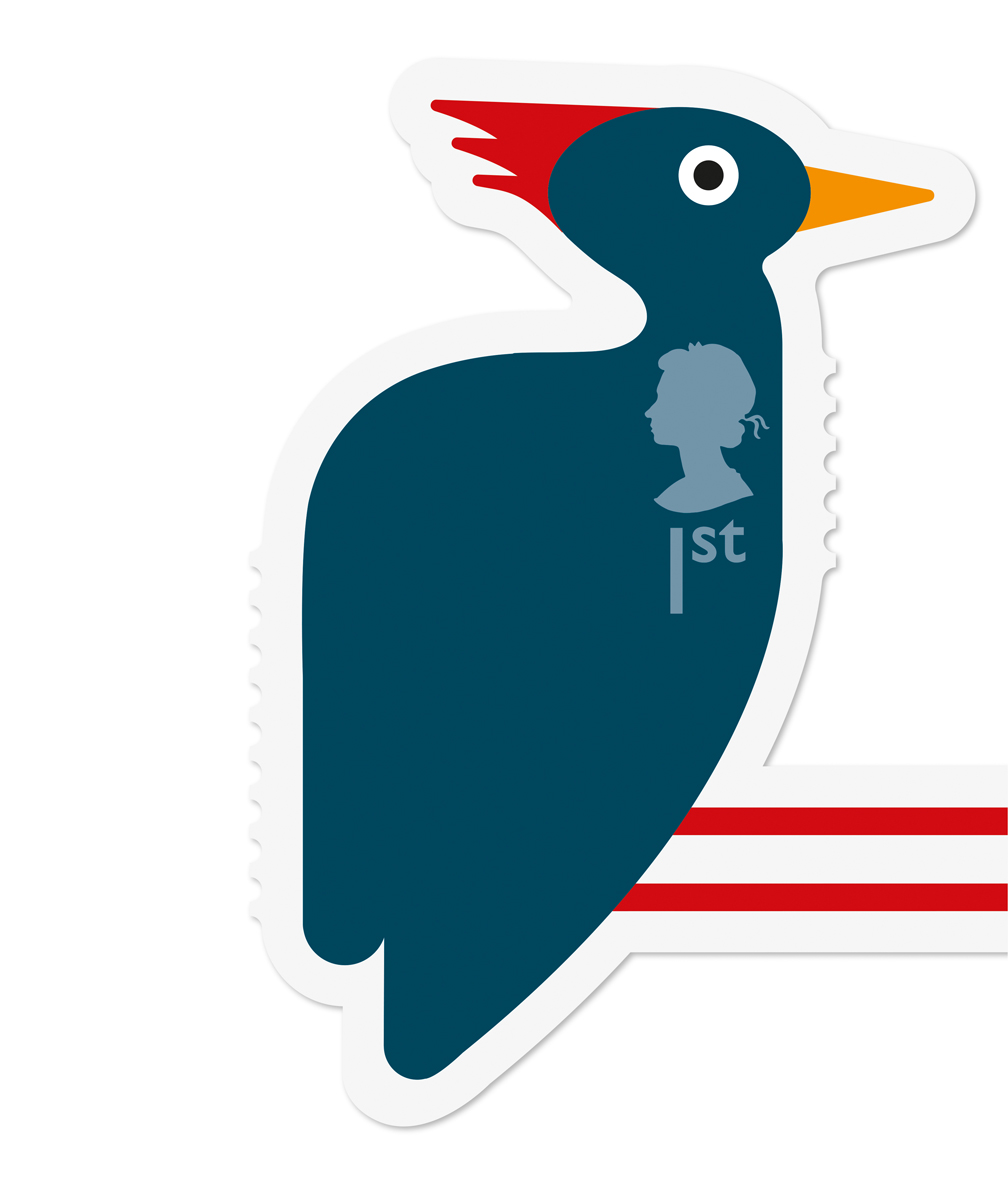 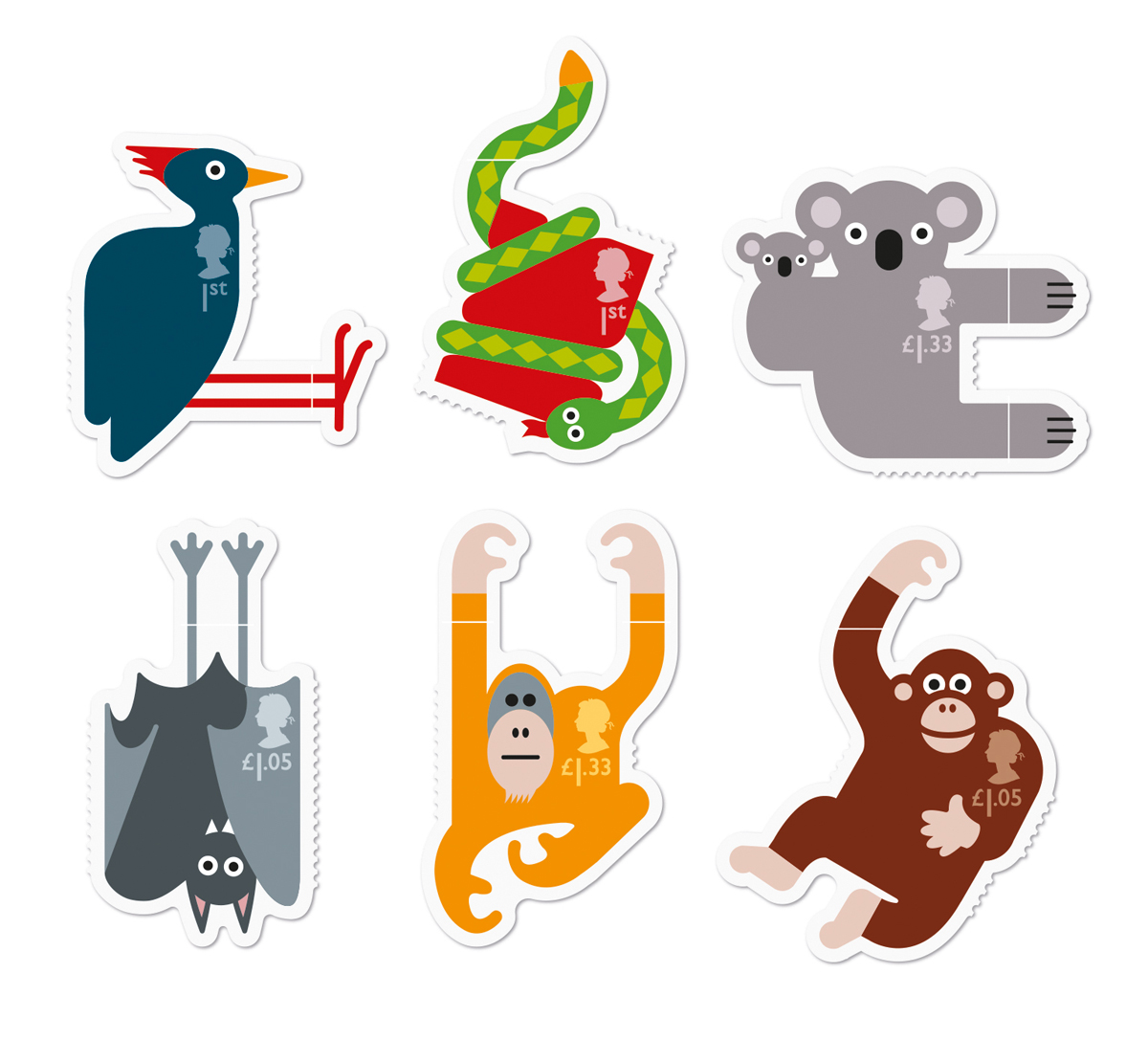