Graphic design and typographic works of beauty are a favorite among many collectors who are eager to treasure iconic posters by renowned designers and New York’s Swann Auction Galleries provided many reasons to appreciate the power of this art medium in the auction house’s latest pioneering poster art auction with three centuries of poster creativity under the hammer.

Per the auction house “the sale encompasses an international scope representing almost every decade, from exceptional Secessionist pieces of the late 1800s, to Psychedelic Rock-and-Roll and corporate propaganda from the 2010s, making it an intriguing assortment of images from graphic design history.”

The auction which took place on the 23rd of May 2019 offered a selection of vintage posters by important designers from the twentieth century, boasting auction debuts and five auction records for the house. “Dealers and institutions were mere involved in this auction than in previous years, suggesting that the market is expanding. A number of record prices were set, and some fantastic material came to the market for the first time” notes Swann Galleries Nicholas D. Lowry.

Charles Loupot (1892-1962), one of the early 20th century’s leading poster artists, and his take in luxury advertising led the sale. Highlights included a 1926 poster for the French automobile company Peugeot which earned an auction record at $37,500. In this rare poster gem measuring more than 1.5 metres across, Loupot captures the sense of dynamism and speed of the national brand Peugeot in the year that it separated its cycle and motor divisions, as it moved its business into the modern era of the car. Another highlight was Wanneroil / Huile du bon Chauffer, 1926, a first at auction that garnered $22,500. Also of note was a 1930 ad for Twining Tea, which sold for $20,000.

Wladyslaw Strzeminski, [The Organization of Production is Victory Over the Capitalist Structure], circa 1919

“Dealers and institutions were mere involved in this auction than in previous years, suggesting that the market is expanding. A number of record prices were set, and some fantastic material came to the market for the first time”

Wes Wilson – The Association at the Fillmore Auditorium

George Maciunas (1931-1978) U.S.A. SURPASSES ALL THE GENOCIDE RECORDS! 1966, designed by Maciunas in collaboration with John Lennon and Yoko Ono

Tadanori Yokoo, born in Nishiwaki, Hyōgo Prefecture, Japan, in 1936, is one of Japan’s most successful and internationally recognized graphic designers and artists. He began his career as a stage designer for avant garde theatre in Tokyo and although his early work shows the influence of the New York-based Push Pin Studio (Milton Glaser and Seymour Chwast in particular), but Yokoo cites filmmaker Akira Kurosawa and writer Yukio Mishima as two of his most formative influences.

In the late 1960s Yokoo became interested in mysticism and psychedelia, deepened by travels in India. Because his work was so attuned to 1960s pop culture, he has often been (unfairly) described as the Japanese Andy Warhol or likened to psychedelic poster artist Peter Max, but Yokoo’s complex and multi-layered imagery is intensely autobiographical and entirely original.

By the late 60s he had achieved international recognition for his work and was included in the 1968 Word & Image exhibition at the Museum of Modern Art in New York. Four years later MoMA mounted a solo exhibition of his graphic work organized by Mildred Constantine.

“Tadanori Yokoo’s works reveal all of the unbearable things which we Japanese have inside ourselves and they make people angry and frightened. He makes explosions with the frightening resemblance which lies between the vulgarity of billboards advertising variety shows during festivals at the shrine devoted to the war dead and the red containers of Coca Cola in American Pop Art, things which are in us but which we do not want to see” Yukio Mishima claimed noted in 1968. 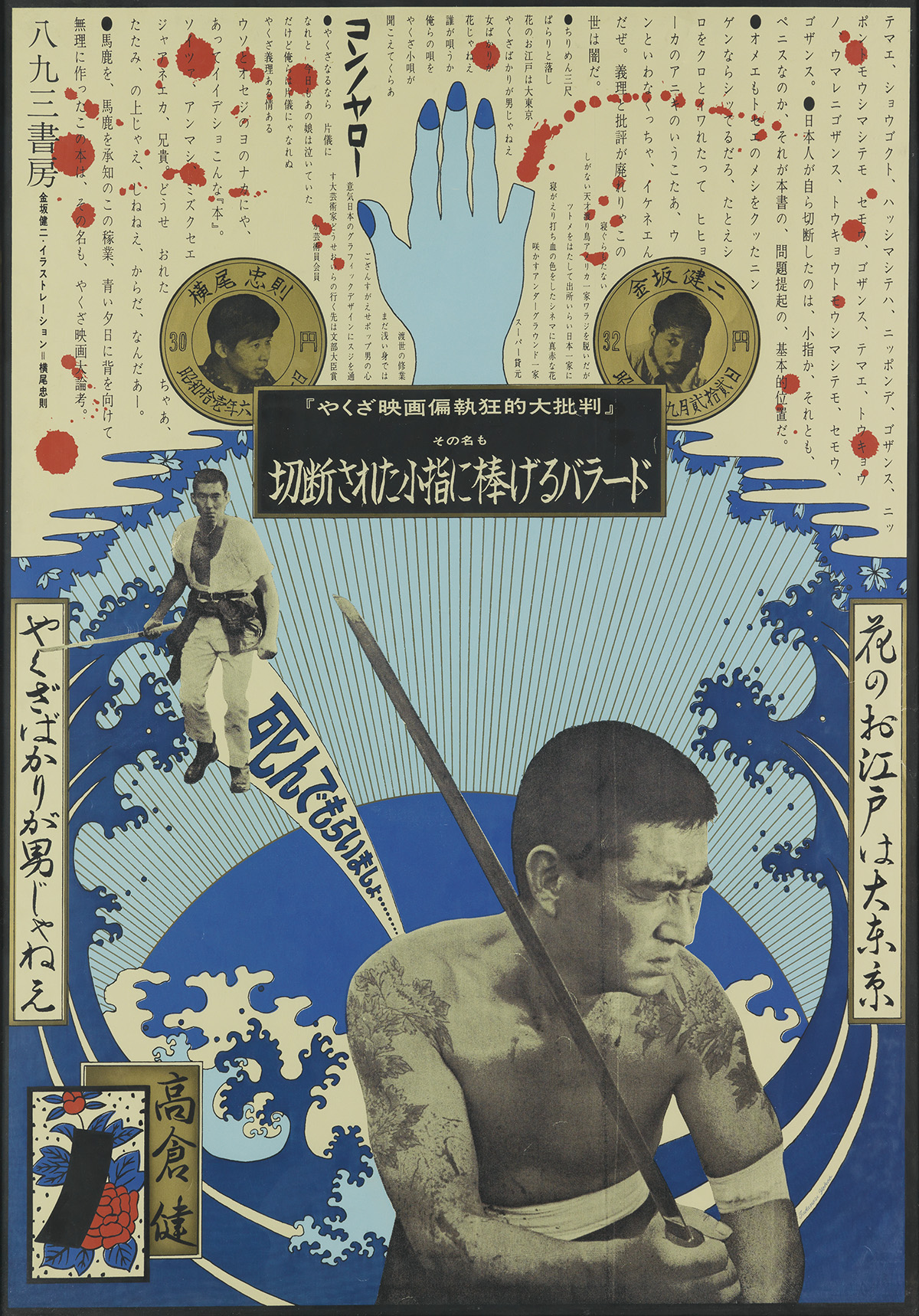