Talking with Ernie Gehr about His CARNIVAL OF SHADOWS 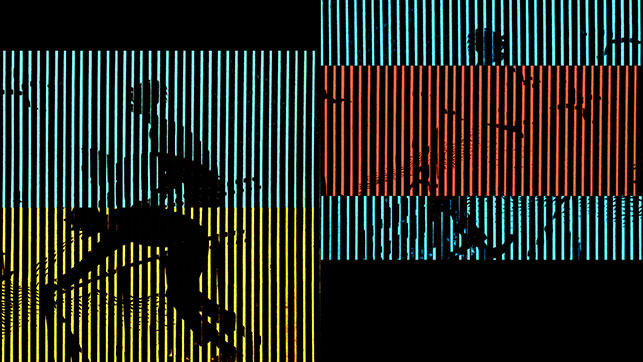 Ernie Gehr is a key figure in postwar American avant-garde filmmaking, best known for such experimental film works as Serene Velocity (1970) and Side/Walk/Shuttle (1991) (both of which are in MoMA’s collection). Gehr’s films dazzle the senses, but they are not mere eye candy; they touch deeper themes of human perception and consciousness, while at once subverting the illusion of continuity and movement that film affords the viewer. Due to the escalating costs of film production, Gehr began experimenting with digital video in 2001, and to date has created more than 70 digital works. Gehr has also found that digital media works outside the traditional theater setting. For example, in 2007 Gehr presented Panoramas of the Moving Image: Mechanical Slides and Dissolving Views from Nineteenth-Century Magic Lantern Shows (2005) as a five-channel video projection in an exhibition space at MoMA. The work captures enchanting moving images created by the pre-cinema technology known as magic lanterns. Gehr’s fascination with pre-cinema continues with his current show at MoMA, Ernie Gehr: Carnival of Shadows. The centerpiece of the show is a five-channel video work, CARNIVAL OF SHADOWS (2012–15), which takes as a source material elongated paper strips illustrated with silhouetted figure drawings, taken from early-20th-century shadowgraph toys that he first encountered at a shop in Paris in 1974. Each unique paper strip presents elements of an overarching sequence, and Gehr uses one six-strip narrative sequence per channel, although his formal interventions ultimately eliminate any sense of narrative cohesion. Ernie Gehr: Carnival of Shadows runs through April 30, 2016.

It was my great pleasure to spend an afternoon with Gehr at his Brooklyn home, talking with him about the current show.

MoMA: Can you talk about your process a bit? How did these works come into being?

Ernie Gehr: I work intuitively. I pick up on something and I respond to it on different levels. I just work. I do one thing and I do another thing and see where things lead. Sometimes I miss something and have to go back. But, this is just a figure of speech. It doesn’t mean I go backward. I just reconsider the issues and materials.

Historically, most of your work is intended for the theater space. It was not until relatively late in your career that you decided to present your work as part of gallery installations. When did you choose to use these marvelous paper strips for a multi-channel installation?

Around 2006 or 2007, but I didn’t start until a few years later. From the beginning I thought of the work as a multi-channel installation, not as a work for a single screen. On view now, you have five competing screens. When looking at the work, my suggestion is to stand a couple feet in front of the benches, so that people don’t walk in front of you too much. Focus on particular actions or details that interest you. At a particular moment you may be looking at some action in the center channel. Then perhaps you shift to the left screen, and then perhaps the far right channel catches your eye. In this manner, as you look at the work, you create a movie all your own. I think that is exciting in itself. Through that process, the issue of break-up and synthesis enters into the work.

That is interesting. So, you intended to make it difficult for the viewer to take in the piece as a whole?

Yes. By placing five independent, yet interrelated pieces next to each other, one ends up with multiple activities vying for our attention simultaneously. And of course, it is impossible to pick them all up at the same time. 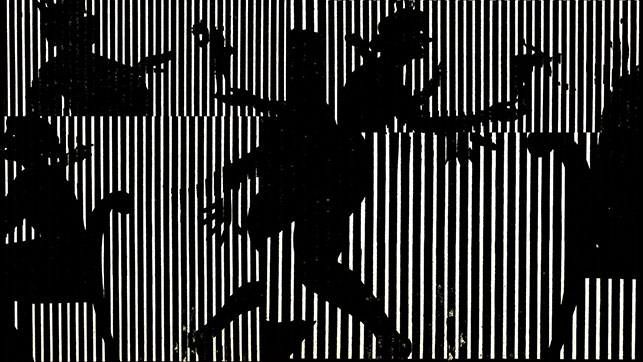 Your work for theaters most often seems to do just the opposite, giving the viewer a singular space to contemplate, and reaffirming the rectangular space through all sorts of clever maneuvers. In CARNIVAL OF SHADOWS, on the other hand, the individual rectangular spaces of the videos seem to melt into each other, creating a totally different effect. How do you think viewers who are familiar with your other work respond?

I don’t know. But, what is a carnival? It is, or it is supposed to be, a joyous celebration. Like the carnivals in Rio de Janeiro or New Orleans, neither of which I’ve been to, but my impression is that there are so many things to see. You look at this, and you look at that. You can’t follow everything at the same time and yet we want everything. It is something that I have been interested in for a long time.

I also tried to give a sense of the festive and hopeful possibilities of the moving-image phenomena in the early days of film. Does that come across? I hope so, but obviously that will vary from individual to individual.

In a way, this distracted situation you suggested mirrors our 21st-century lives.

Yes. I hadn’t thought about that. But that is true. We are bombarded left and right. Maybe it reflects that as well. You brought up an interesting point.

What was your impression when you first happened on the ombre animées toy sets in that small shop in Paris in 1974? Did you envision using them in some way then or were you just excited to see these unique artifacts?

[A] joyous discovery. I felt I was stepping into another period in the history of the moving image. It was exciting. When I bumped into this stuff, it was like coming across the bones of a big dinosaur. If you are a paleontologist and you stumble upon bones, you might say, “Wow, look at this: teeth bigger than me! This is great!”

Did you ever think about using the paper strips earlier, perhaps shooting them on film?

To do CARNIVAL OF SHADOWS on film would have been awfully expensive. It would have involved a large amount of optical work and lab costs. I definitely could not have done it on my income. 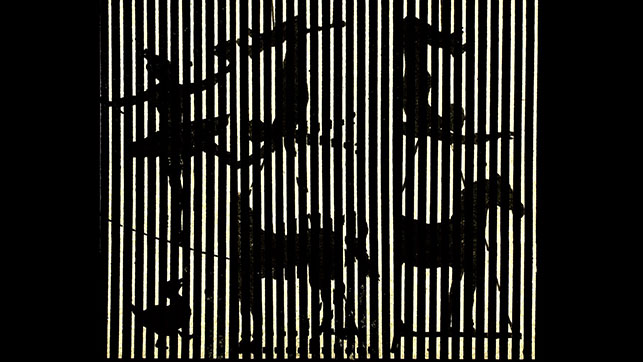 One last question. Can you talk a little bit about working with the grid that you have used in CARNIVAL OF SHADOWS?

At first I was concerned about the grid, but then I realized the grid was not a problem, but that it offered visual possibilities. That led to thinking of each large screen not as a container of a single image, but as being composed of many smaller screens. The narrow white areas are the smaller screens, and the black bars, the left and right borders of these screens. Figures enter and exit not only at the borders of each large screen, but as they approach or come out of the black narrow bars.

By pure coincidence, the process the original paper films use to create a sense of motion could also be seen as an early form of video interlace. With the paper films the interlace is vertical, with video or TV it is horizontal.

Read more here:: Talking with Ernie Gehr about His CARNIVAL OF SHADOWS