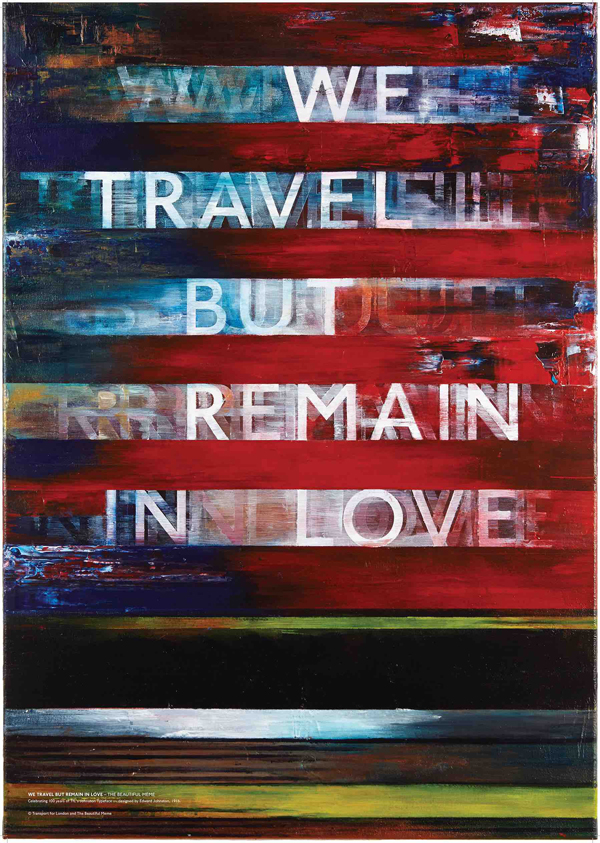 Johnston 100 is part of a year-long series of events from TfL that aim to reiterate the strong connection between transport and design. Edward Johnston’s typography was a key part of the unification of The Underground Group in 1916. His sans serif font was adopted across the entire network of railways that, until then, had relied upon a wide range of signage and type styles.

Eleven studios have created works for the series that will be on sale at TfL’s Johnston pop-up shop at Clerkenwell Design Week and the London Transport Museum, before being exhibited at KK Outlet from May 16-28 as part of the Language of London show. The featured artists are Alan Kitching (poster shown above, on left), ThomasMatthews (above, on right), Build, Magpie, Monotype, Pentagram, Sawdust, SEA, Studio Frith, Studio Parallel and The Beautiful Meme.

“The rationale for the design is simply to combine Johnston’s lettering but using a shadow to give a 3D effect, with the colours used for all the tube lines from Beck’s Underground map,” says Alan Kitching of his poster design, shown above, on left.

Studio ThomasMatthews says of its design (shown above, on right): “Johnston’s typeface is iconic for everybody who lives in or visits London, however many may not know that he was also the creator of the early fabrics that now give each line their distinct personality. Using printed woodblock letters from the Johnston typeface to create patterns based on the weaves of the underground seats, our poster aims to communicate the hustle bustle of London and the constant presence of Johnston in our everyday journeys”.

The collection of posters is set to feature on the Underground in June.

By The Beautiful Meme. “Our celebration of Johnston is a reflection on how rare and beautiful permanence is – whether for fonts or love – in the rush of life. We created a painting (working with artist Abi Moffat) because we wanted to use a medium that required time and layers and soul”
By Studio Parallel. “Inspired by Man Ray’s ‘Keeps London Going’ artwork created in 1938. We have translated the Johnston typeface to create a timeless design that reflects movement, shape and energy of the underground” 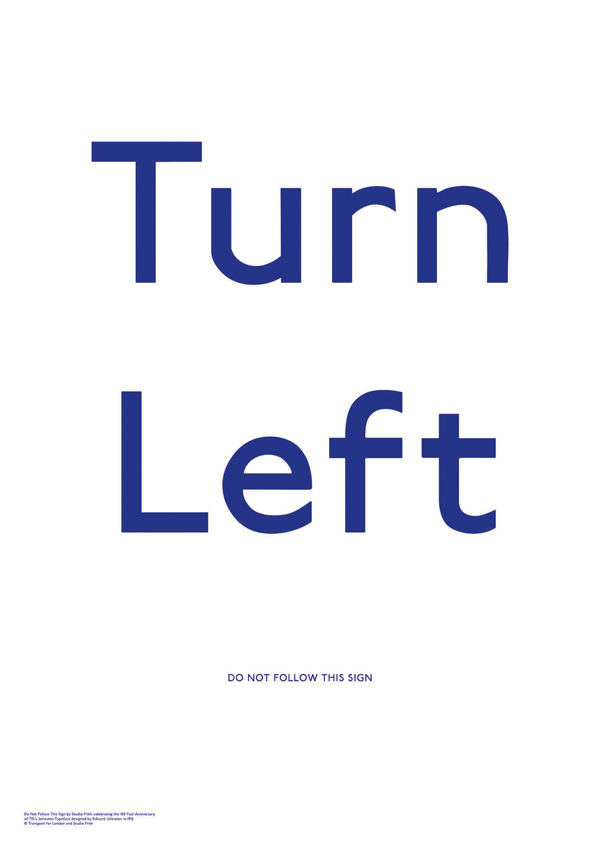 By Studio Frith. “Our poster celebrates the Johnston typeface’s ability to combine simple beauty and authority” 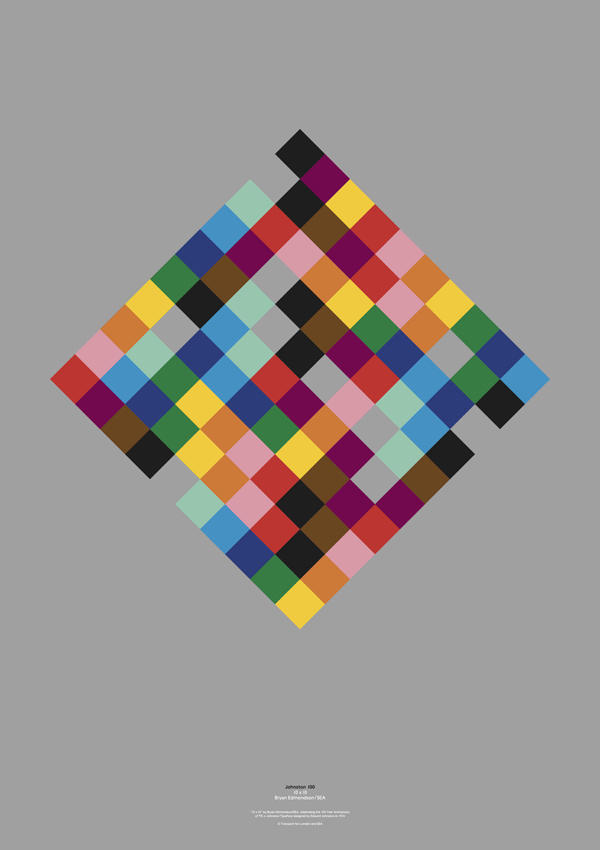 By SEA. “We used 100 (10×10) smaller tittles sampling the colours from London’s transport network to create one iconic ‘diamond’ tittles. It’s simple, but beautiful!” 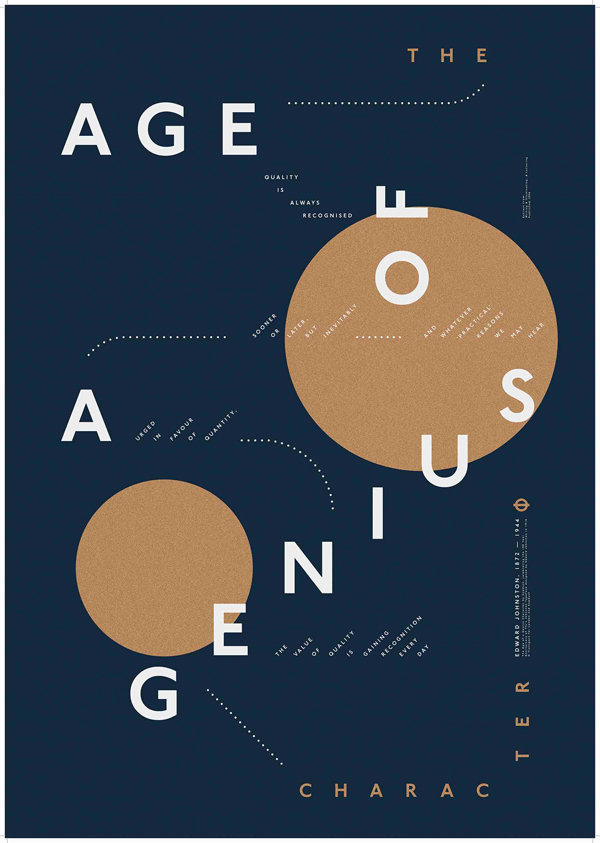 By Sawdust. “Our poster, titled The Age of a Genius Character draws inspiration from the book Writing & illuminating, & lettering, which was written by Edward Johnston in 1906, ten years prior to completing the Johnston Typeface commission for the London Underground. The smaller text that appears is an extract from the book where Johnston talks about quality and how it is always recognised, despite any ‘practical’ reasons that you may hear in favour of quantity – something that resonated with us greatly. A timeline that guides you through the text is made up of precisely 100 dots (including the two gold ones), one for each year, in honour of his great achievement” 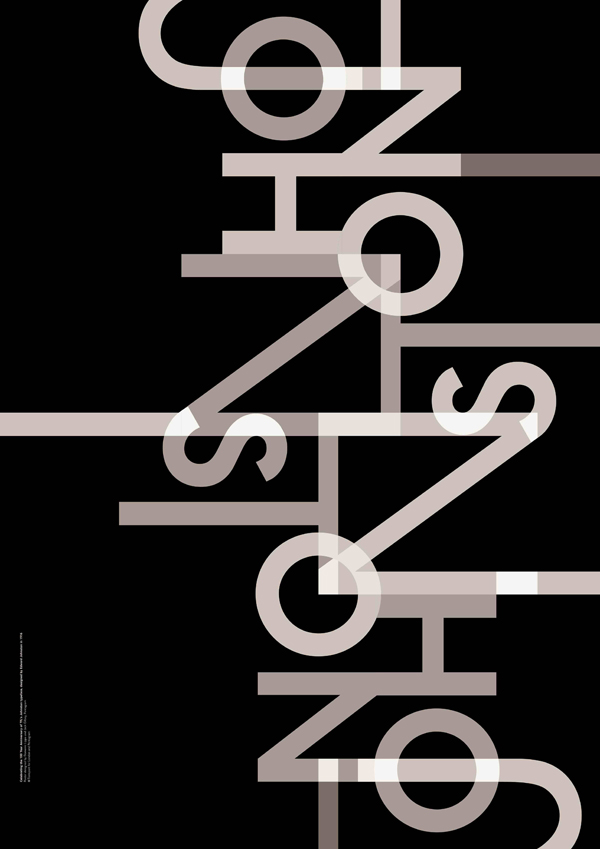 By Pentagram. “Our poster references the ubiquity of Johnston throughout the Underground network, and the important role it plays in helping passengers navigate its lines and intersections” 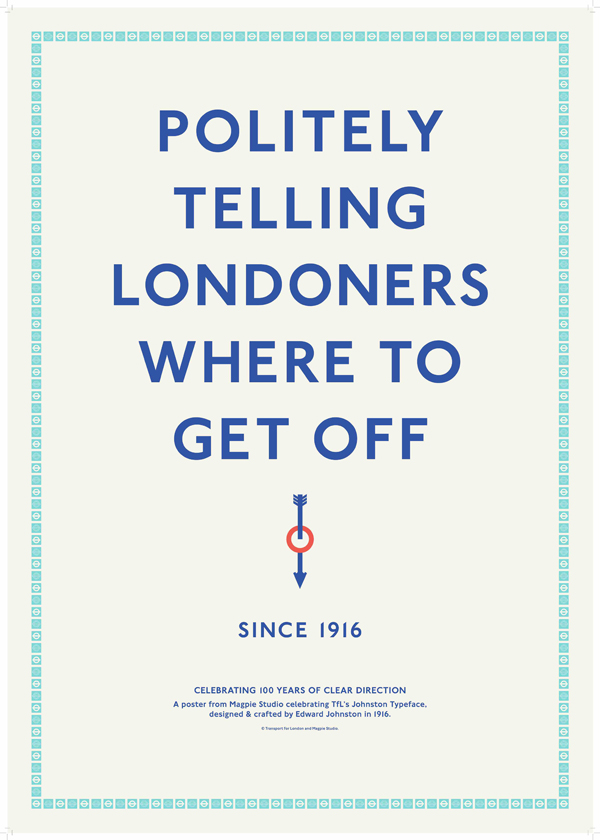 By Magpie. “Echoing Johnston’s professional approach, we wanted to create something which was simple and effortless, but direct in it’s message. The result stays faithful to his legacy, while adding a playful twist on the functionality of his work”

By Build. “Time is the main theme of our poster. The jewel is filled with 100 years worth of historical and news stories and events from 1916 to 2016 – from Women getting the Vote, the National Health Service established to the First text message sent. The 100 years is broken down into Centuries > Decades > Years > Months > Weeks > Days > Hours > Minutes > Seconds. The jewel references the very distinct typographic tittle (look it up!) of the iconic Johnston typeface”