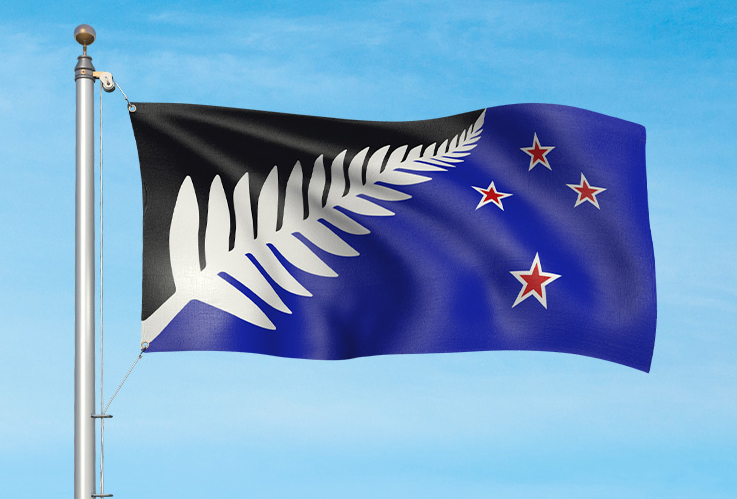 The four designs were announced this morning and will be ranked by the public in a postal referendum between November 20 and December 11. New Zealanders will then be asked to choose between the most popular alternative and the country’s existing flag in a second referendum in March next year.

The shortlist was selected by a ‘flag consideration panel’, made up of 12 members, including academic and flag historian Malcolm Mulholland; Sir Brian Lochore, former captain of the New Zealand All Blacks rugby team; Nicky Bell, CEO of Saatchi & Saatchi New Zealand and the former chief of New Zealand’s defence force. No graphic designers were asked to be on the panel, however the Designers Institute of New Zealand told CR back in May that it was “working positively” with the group.

Designs were chosen from 10,292 submissions following a process open to members of the public. Three feature a silver fern – a symbol already in use by the All Blacks and on the country’s coat of arms – while a fourth by designer Andrew Fyfe (pictured top) features a black-and-white koru design. Fyfe says the unfurling frond “is also reminiscent of a wave, a cloud and a ram’s horn” and represents “new life, growth, strength and peace” in Maori culture.

Two of the four designs were created by architect Kyle Lockwood and feature a fern leaf alongside the Southern Cross constellation:

While flight attendant Alofi Kanter’s flag features a black-and-white fern, which Kanter says “shows our yin and yang, with the softly curved spine of the frond binding us all together as a young, independent and proud nation.” 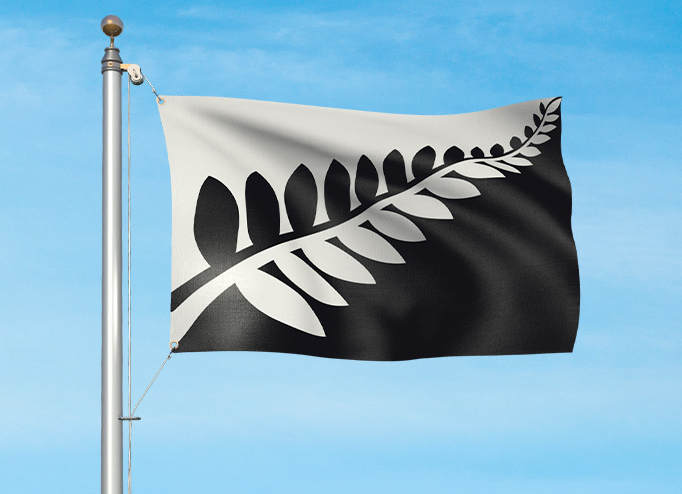 The government announced a longlist of 40 designs last month, though one was later removed due to alleged copyright infringement. These included Red Peak, a striking geometric design by Aaron Dustin, based on a simplified version of Taniko patterns representing land and sky, and inspired by the country’s 1902 flag: 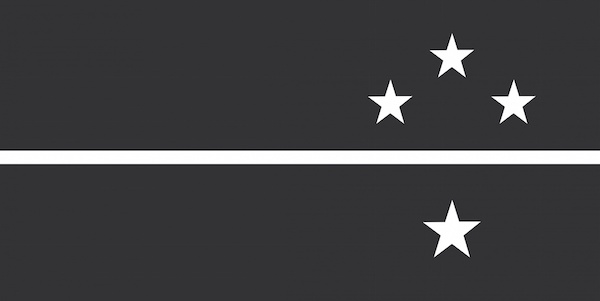 An abstract koru forming a unity symbol by Sven Baker: 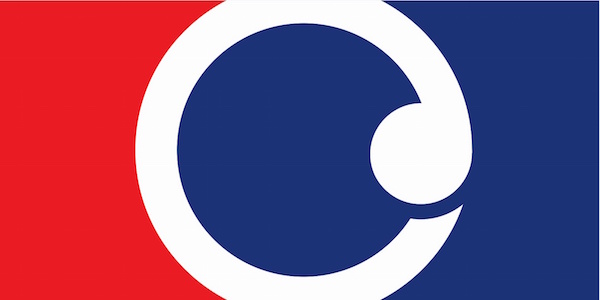 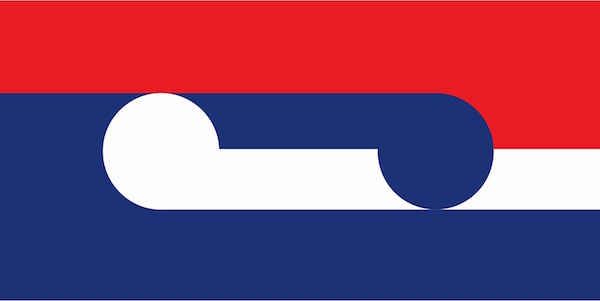 A more colourful take on the koru by Fyfe: 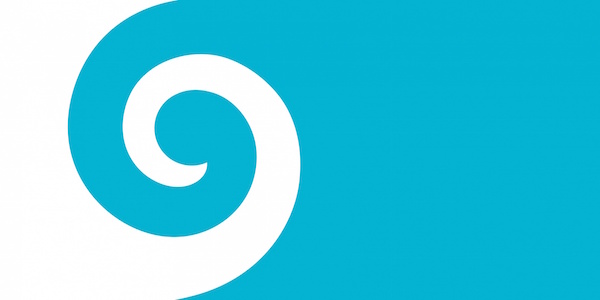 Plus another design by Baker based on the Southern Cross:

The shortlist has so far been met with a mixed response, with many understandably disappointed at the lack of diversity, particularly as both of Lockwood’s submissions feature the same design in different colourways.

Writing in the New Zealand Herald, Karl Puschmann described the selection as “a national disgrace” adding: “Thanks to the uninformed eye of the grossly misnamed Flag Consideration Committee one of these four dullards could possibly, maybe, become the new symbol of our national identity…It’s been a brand exercise for NZ Inc rather than a search for a meaningful flag replacement. And that’s a massively wasted opportunity.”

Designer Thomas Le Bas criticised the shortlist in an interview with Radio New Zealand, describing designs as poorly thought out and too complex. He also criticised the lack of diversity, adding: “If you’re going to give a nation of four million people a choice you’ve got to give variety.”

In an article for the New Zealand Herald last month, historian Grant McLachlan was critical of the “disproportionate inclusion of racially-based symbols” in the longlist and likened the debate over the country’s new flag to one which took place in Canada in 1964, when a committee selected a design with a Maple Leaf, a Union Jack and a Fleur-de-lys which led to public outrage, before opting for George Stanley’s less politically charged red-and-white maple leaf.

On Twitter, designers including Kris Sowersby of Klim Type Foundry, Gerbrand van Melle and Dan Newman, who has been documenting the redesign process on his blog, flagdesign.nz, have voiced criticism of the quality of the shortlist, the lack of involvement from professional designers, and the final four’s likeness to everything from toilet roll packaging to logos on paper plate wrappers: 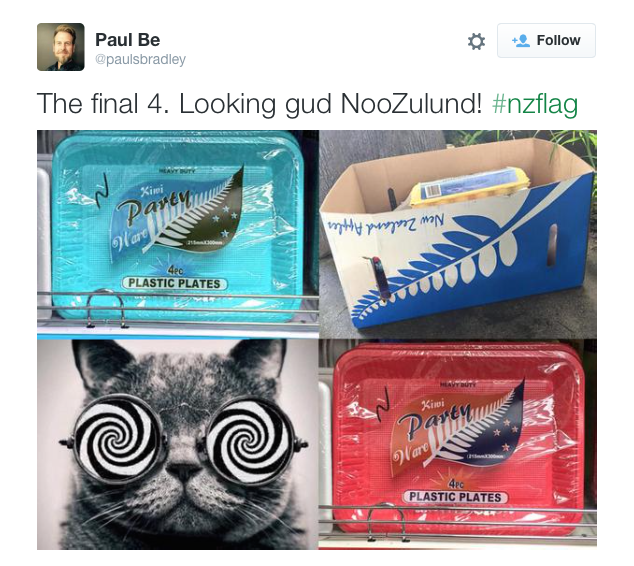 While any design project involving public money is likely to attract controversy, those criticising the process and the consideration panel’s flag selection have made some valid points. It’s unsurprising to see the fern and koru feature heavily in the longlist given the fern’s prevalence in New Zealand’s visual culture, and the fact that Prime Minister John Key has spoken several times of his desire to see it on the country’s flag, but given the volume and diversity of submissions, the final selection is disappointingly conservative. 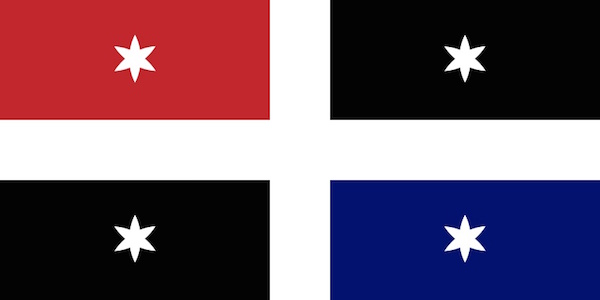 To black, white and red flags by Sowersby, referencing ferns, tukutuku panels and the wharenui, a Maori house structure: 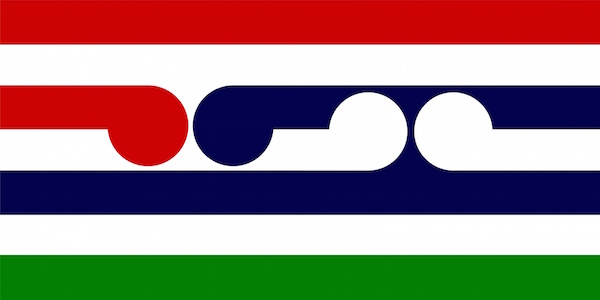 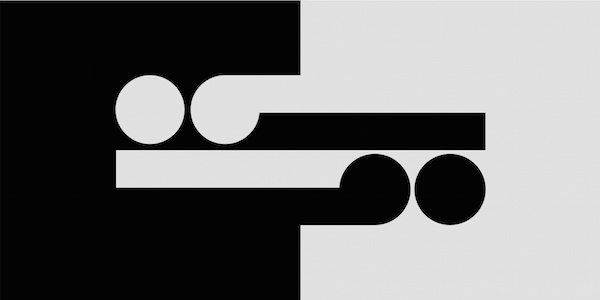 Michiel Reuvecamp created a simplified take on the Southern Cross: 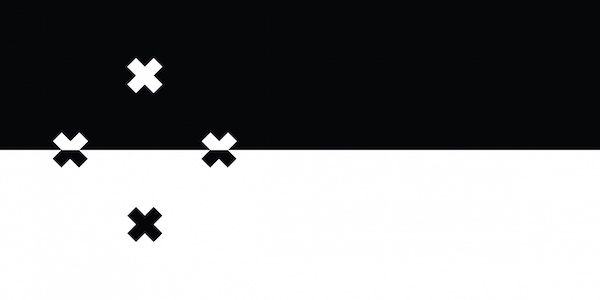 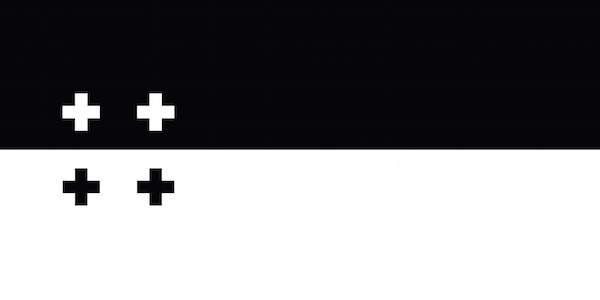 And Newman referenced artwork by painter Ian Scott, with a weave representing indigenous Māoris as well as British and European settlers. 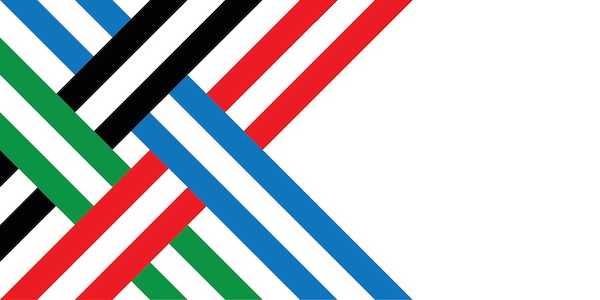 The panel’s preferred alternatives, however, offer no such variety. When the government announced the submission process, it was described as a democratic exercise, but with such a limited selection to choose from, New Zealanders have been left with three options: they can have a fern, or a koru, or they can stick with New Zealand’s existing flag.

The lack of involvement from the country’s design community is also a cause for concern: while the Designers Institute has been advising the panel, it seems a shame not to see at least one professional designer in the group and the process itself could be seen as devaluing graphic design (the creator of the winning flag does not receive any payment for their work, though the consideration panel has received $640 a day for their involvement).

On another note, New Zealand’s Reserve Bank unveiled the country’s new bank note designs today, which will go into circulation in October and have been met with a similarly mixed response. The bank has set up a website explaining each design at brightermoney.co.nz 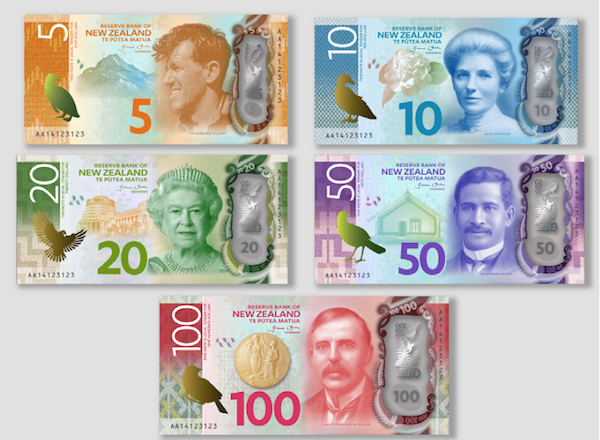 To see the full list of flag designs submitted online, or to read more about the redesign process and referendum, see govt.nz