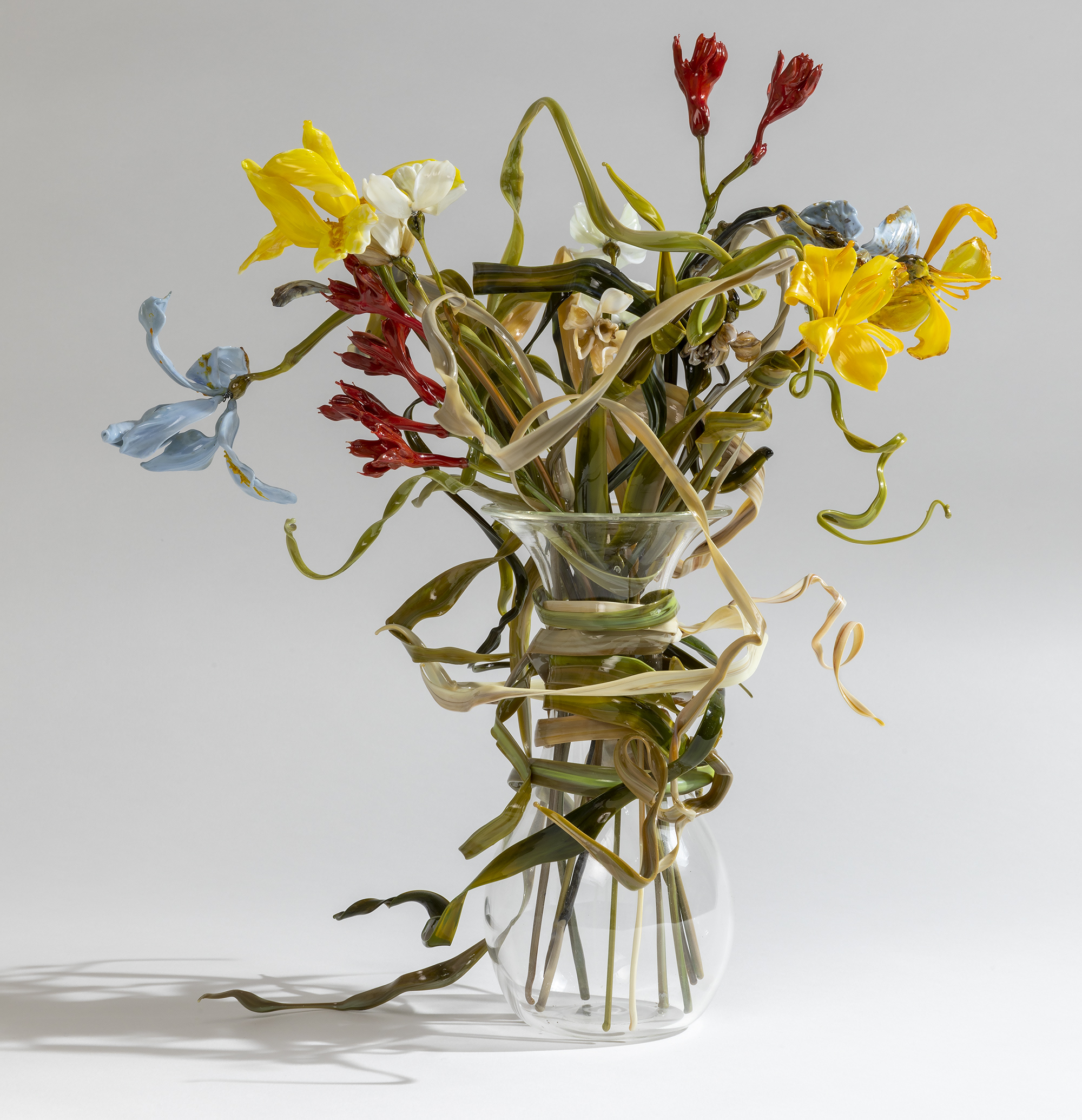 Artist Lilla Tabasso (previously) traps bouquets and tufts of grass at their most precarious stages of life. From her studio in Milan, she creates delicate glass sculptures of wilting flowers and rough clusters of sod that have just breached their prime, capturing how they elegantly bow and collapse as they decay. “The focus is on the way in which they burst with life and vigor at first bloom until eventually the passage of time inevitably takes its toll,” the artist says.

Although Tabasso’s background is in biology, she doesn’t draw preliminary sketches and strays from sculpting faithful depictions, preferring instead to reinterpret a lily, peony, or hydrangea as her process unfolds. “More so than the shape or form, it is the choice of color, together with a warm and natural shade, which is a priority, (that) gives the flower its transparent melancholy, a permanent condition of every creation,” she says. Her recent works revolve around the idea of ataraxia, or equanimity, which manifests in the contrasts between the durable, resilient lifeforms and their inherent ephemerality.

In November, Tabasso will open a solo exhibition at Galerie Coatalem in Paris and is preparing her work for shows at Musverre and The European Fine Art Fair in 2022. Find glimpses into her process on Instagram.